Report: Horvath given permission to seek move from Club Brugge 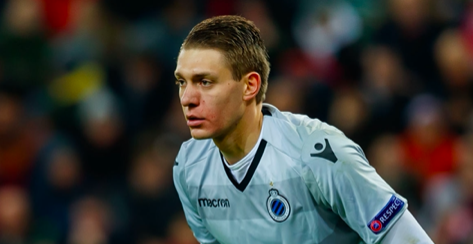 Ethan Horvath has had to wait for his chance to play behind Belgian National Team goalkeeper Simon Mignolet at Club Brugge. With playing time scarce in Belgium, the goalkeeper has reportedly been given permission to seek a move away this summer.

Horvath is one of four goalkeepers on Club Brugge’s and very well could be on the way out, according to Voetbal24. Mignolet quickly obtained the No. 1 job since moving back to his native country in Aug, 2019 and has yet to relinquish it.

The 24-year-old Horvath moved to Club Brugge from Norwegian side Molde in Jan. 2017. Following Karlo Letica’s injury in 2018, Horvath jumped into the starting role and went on a strong run with the club, earning three-consecutive clean sheets in UEFA Champions League matches against Monaco, Borussia Dortmund, and Atletico Madrid.

With the 32-year-old Mignolet only one year into a five-year deal at Brugge, Horvath may need to leave in order to grab a starting job. There are no reported teams linked with Horvath yet, but that could change in the coming weeks when European seasons come to an end.