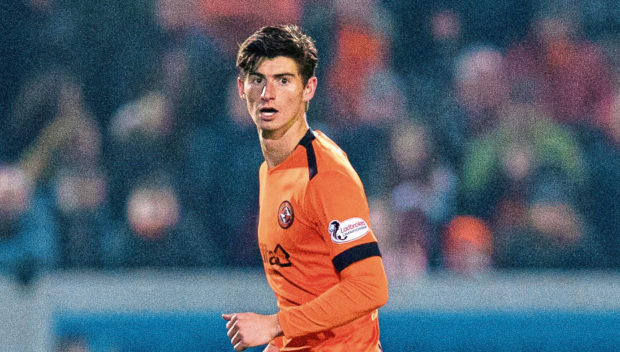 Ian Harkes will be playing in the Premiership next season and reportedly will be rewarded with a new contract.

Dundee United are set to sign Harkes to a new two-year deal once the players return from furlough, according to The Courier. Harkes and the Tangerines earned promotion to the Scottish Premiership after the league voted to end the current season due to the ongoing COVID-19 pandemic.

The Tangerines rolled to an 18-5-5 record in Scotland’s second-tier, earning 59 points from 28 matches. They sat 14 points clear of second place Inverness CT with eight matches remaining when the season was put on hold and eventually ended.

A former D.C. United Homegrown player and son of former U.S. Men’s National Team captain John Harkes, Ian was released by the Black and Red before signing in Scotland in Jan. 2019. Since joining Dundee United, Harkes has totaled 59 appearances and scored three goals.

The 25-year-old midfielder scored two goals and registered two assists in 31 combined appearances this season, playing a major role in Dundee United’s grasp of first place in the Championship. Harkes also got to play with another American in fellow midfielder Dillon Powers after the midfielder joined in January.

Dundee United will reportedly return to training on June 11th with the Premiership season expected to kick off in August.