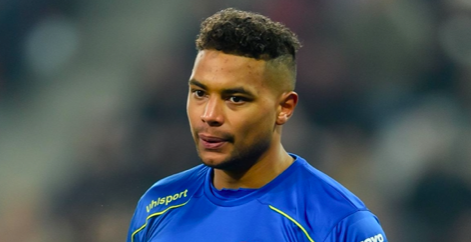 Zack Steffen’s time on the sidelines looks closer to be coming to an end.

Steffen returned to the Fortuna Dusseldorf training pitch on Monday albeit in individual sessions. The U.S. Men’s National Team goalkeeper posted on social media on Monday admitting the positives of being back on the road to full fitness.

Steffen recently showed his support towards the ongoing anti-racism and police brutality protests around the world. He also started a GoFundMe page for Small Businesses who were damaged in the protests.

Thank you to all the athletes and fans who have joined the @voycenow movement. We just dropped a GoFundMe to raise money for the small businesses still fighting with us despite being damaged in recent protests. Please share the Link is in my bio. #Athletes4BLM #BlackLivesMatter pic.twitter.com/KFcBAbqTKz

Steffen has been out of the Dusseldorf first team since Dec. 2019 after dealing with a patella injury and a recent MCL issue which occurred in an April training session.

The 25-year-old made 17 Bundesliga appearances for Dusseldorf from August-December, but since has been sidelined and forced to watch his teammates from the sidelines during this crucial stretch of matches.

Dusseldorf are 16th in the league table, three points from safety with four matches remaining this season. The club has been one of the worst defensively this season, conceding 60 goals which is the fourth-most in the Bundesliga.

Steffen is on-loan from English Premier League giants Manchester City and is reportedly in the mix to fight for the No. 2 job in England next season. He’s also linked with a possible return back to Dusseldorf next season, should the team remain in the top-flight.

It seems unlikely Steffen will recover from his injury to start again this season, but Monday’s news is definitely a positive sign for the USMNT No. 1. Steffen has earned 17 caps with the USMNT since debuting in Jan. 2018, but hasn’t appeared since a 2-0 Concacaf Nations League defeat to Canada back in Oct. 2019 due to his injuries.