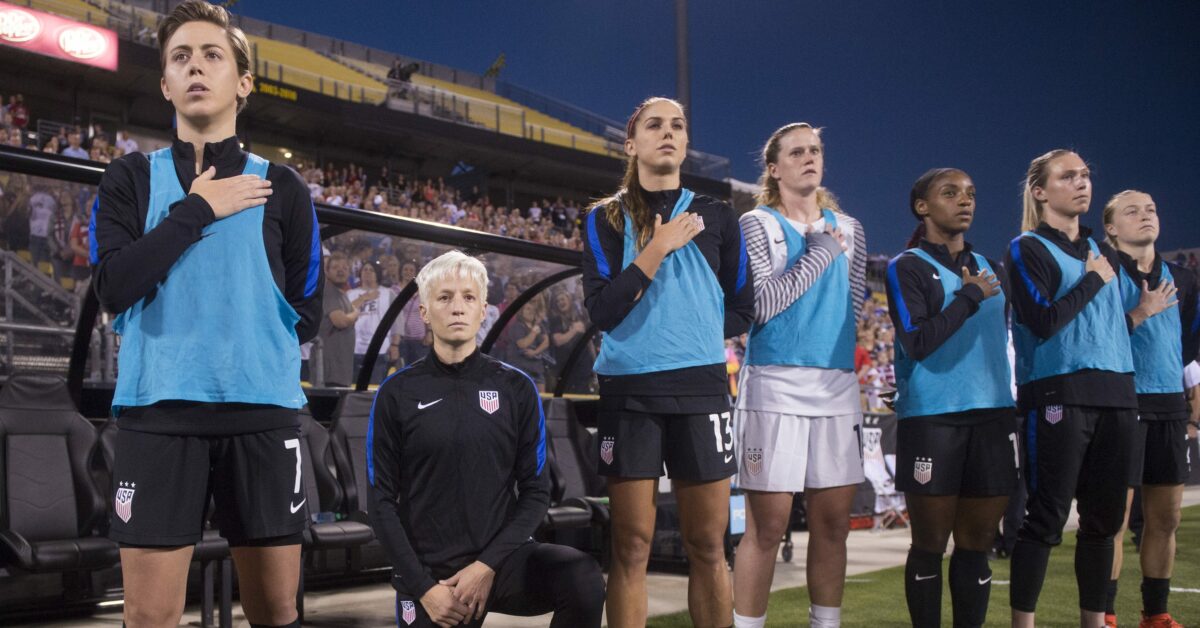 U.S. Soccer has officially changed its stance on protesting the national anthem.

On Wednesday, the U.S. Soccer Board of Directors voted to repeal policy 604-1 which required players to stand for the national anthem before matches. The policy was put in place in March 2017 after USWNT star decided to protest against the anthem by kneeling similar to the protest originally started by NFL quarterback Colin Kaepernick a year earlier.

The decision to repeal the policy comes in the wake massive protests against police brutality and racism worldwide following the murder of George Floyd by Minnesota police.

“U.S. Soccer affirms Black Lives Matter, and we support the fight against racial injustices,” U.S. Soccer said in their statement. “We have not done enough to listen – especially to our players – to understand and acknowledge the very real and meaningful experiences of Black and other minority communities in our country.

“We apologize to our players – especially our Black players – staff, fans, and all who support eradicating racism. Sports are a powerful platform for good, and we have not used our platform as effectively as we should have. We can do more on these specific issues and we will.”

Repealing 604-1 is the first time U.S. Soccer has used its global platform to address racism and discrimination.

The move is similar to what the NFL did last week when league commissioner Roger Goodell addressed the league’s, and his own, failure to address racism in the league.