MLS is Back: D.C. United hits back to tie Revolution 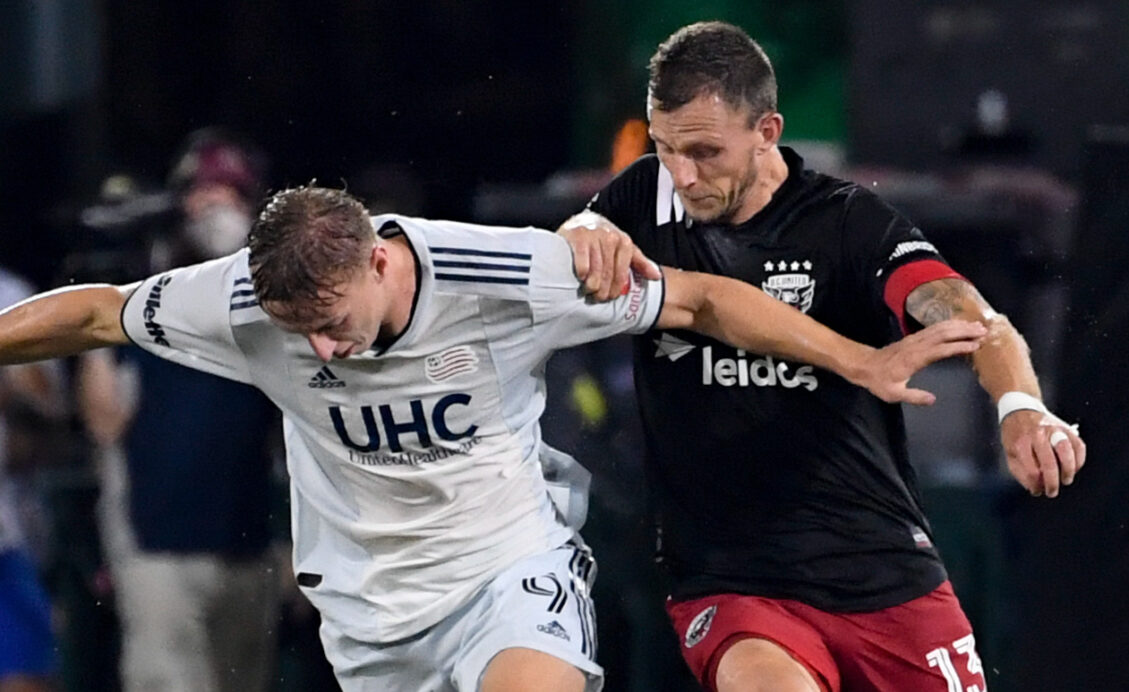 For the second consecutive match at the MLS is Back Tournament, D.C. United did enough to earn a point after falling behind early.

Ben Olsen’s side used a 73rd-minute equalizer from veteran midfielder Federico Higuain to earn a 1-1 draw with the New England Revolution on Friday night. It was the second draw for the Black and Red in Orlando while the Revolution now have four points from two matches in Group C.

Bruce Arena’s side easily could’ve led by a few goals going into halftime after coming close to scoring on a few occasions. Adam Buksa was denied by Bill Hamid in the 23rd minute from a close-range header before Kelyn Rowe’s long-range effort rattled the crossbar a minute later.

Gustavo Bou also tested his luck from outside of the box, but also was denied by Hamid, who had three first-half saves.

Buksa second headed effort though got the better of Hamid in the 50th minute after the striker picked up a blocked effort from Cristian Penilla. A looping ball was finished by Buksa into the bottom-left corner for his first goal of the tournament.

Ben Olsen’s side would fight back for a point though as Higuain came off the bench and made an immediate impact. Three minutes after coming on as a second-half substitute, the Argentine picked up a poor back pass from Antonio Delamea and rounded Matt Turner before tapping into an empty net.

It finished 1-1 from Orlando with the Black and Red remaining alive for advancement out of the group. D.C. United finishes group stage play against the winless Montreal Impact while New England takes on Toronto FC.

Bill Hamid: Hamid was the busier of the two goalkeepers on Friday, making several top saves to preserve a point for his team.

Higuain’s goal: Despite a major error from Delamea, Higuain made an impact for the Black and Red for the second-straight match.

Yamil Asad: Asad may have played 90 minutes, but failed to offer much for D.C. United in attack.