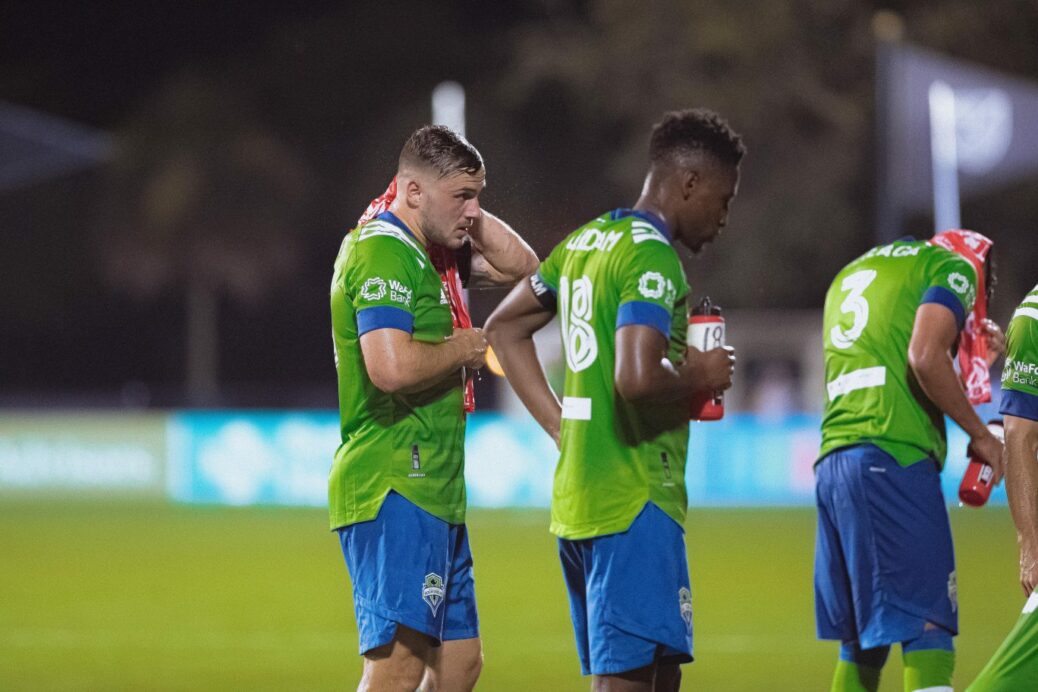 For the Seattle Sounders — similar to all the teams playing in the MLS is Back Tournament in Orlando — this week marks their first match in almost four months, and it showed Friday night.

Despite an eight-save performance from Sounders goalkeeper Stefan Frei, fatigue played a factor during Friday’s 0-0 draw against the San Jose Earthquakes at the ESPN Wide World of Sports Complex.

“I was not good, I’m not gonna lie,” Frei told reporters post-game via Zoom. “I know it’s difficult, these conditions will be tough even if you are in midseason form and so the comeback and playing something like this after such a long break, it makes it difficult so even more reason to try to find more possession. I think that’s where we needed to be a bit better towards. The second half was okay, which is some patience, and having the ball around in the opponent is going to go a long way in these conditions.”

Frei expressed the challenges fatigue brought to the game, especially in the second half when the goalkeeper was forced to produce a man-of-the-match performance to split the points with the Earthquakes.

“It was difficult because when you get fatigued, it’s difficult to do the extra work,” said Frei. “And by extra work I mean flowing up and down, especially when the opponent starts going negative, you have to take those extra steps forward.”

Cristian Roldan, who played the complete 90 minutes for Seattle, was also on board with Frei.

“For me, it was a bit of both. It was hard to play 90 minutes of this despite of the five changes, we had to play with a factor of the heat and also because we haven’t been playing for a while,” said Roldan.

“I just think it’s normal,” said Schmetzer. “I mean, look, the weather was not the issue, fitness level of all the teams, you saw the first couple of games, the players are going to get fatigued. First few games of a normal MLS season you have some of that same type of play, guys not quite as sharp.”

Schmetzer added: “If they’re in midseason form maybe they make those goals. Maybe they finish those plays, so you know I wouldn’t use any excuses. Nine o’clock kickoff. it wasn’t it wasn’t that bad.”