Galaxy coach Schelotto after lopsided loss to LAFC: “The team gave up” 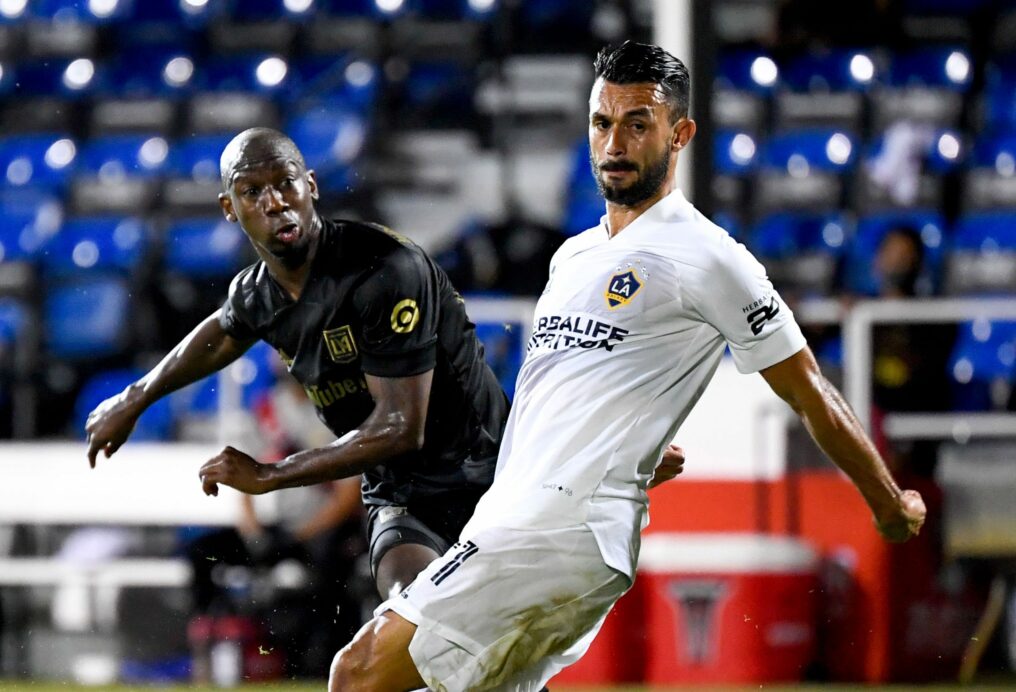 LA Galaxy head coach Guillermo Barros Schelotto said after the team’s loss to the Portland Timbers last week that his defense needed to improve in order to fare better in the next match.

Well, they came up well short in that regard.

The Galaxy suffered one of the ugliest defeats of the MLS is Back Tournament on Saturday night. They were overwhelmed by rivals LAFC to the tune of 6-2 in the Group F affair, with Diego Rossi stealing the show with a four-goal performance.

Rossi’s four goals would have been concerning enough on its own, but the manner in which the Galaxy conceded so many chances may have been what was most worrying. LAFC finished with 19 shots and 12 were on target.

“The team gave up instead of continuing the fight and the battle, and we can’t do that,” said Schelotto in Spanish after the lopsided loss. “We have to keep playing for 90 minutes. That is what happened and that is what allowed for a lot of spaces in our defense, which allowed their players — who are good in the attack — to generate chances to score.”

The Galaxy may have ended Saturday’s showdown in embarrassing fashion, but they started it fairly decently. Yes, the team’s defense conceded an early equalizing goal through a needless penalty kick, but the Galaxy were still a mere seconds away from taking a 2-1 lead into halftime.

That is, until a whiffed clearance from Daniel Steres on a rebounded shot allowed Rossi to pull LAFC level again in stoppage time.

“That kills us when they tie it at 2-2,” said midfielder Sebastian Lletget. “I think that was a game-changer for us. Obviously, if we finish that half, 2-1, I think we have a different spring in our step going into the second half.”

The Galaxy did not, though, and instead it was LAFC that seized all the momentum. Bradley Wright-Phillips took advantage of the Galaxy’s poor defensive shape on a counterattack in the 56th minute, bending a low shot inside the far post to give LAFC the lead for the first time in the game.

Then, the floodgates opened.

Rossi scored his third of the day 19 minutes later on another play in transition that again exposed the Galaxy’s poor shape, substitute Mohamed El-Munir thundered home a spectacular goal five minutes after, and Rossi punctuated the win late with a finish from in close.

“We also can’t allow that many goals,” said Lletget.

Adding insult to injury for the Galaxy was the news that broke prior to kickoff. Starting star striker Javier ‘Chicharito’ Hernandez missed the game and will likely be out for the remainder of the MLS is Back tournament due to an injury picked up in training on Thursday.

“He (tore) the muscle so he will be around three weeks out,” said Schelotto in English.

Chicharito’s absence naturally drew some of the attention postgame, but much of the talk and focus was on the Galaxy’s poor defensive display in the rout. Schelotto stated that the team needs to analyze and correct the mistakes that were made, but added that it has to be done with the current group of players and not outside signings.

“We must fix it with the players we have,” said Schelotto. “The first thing I have to do is work on the defensive side so that we don’t endure these types of situations again.”