LAFC exacts “revenge” with lopsided Round of 16 win over Sounders 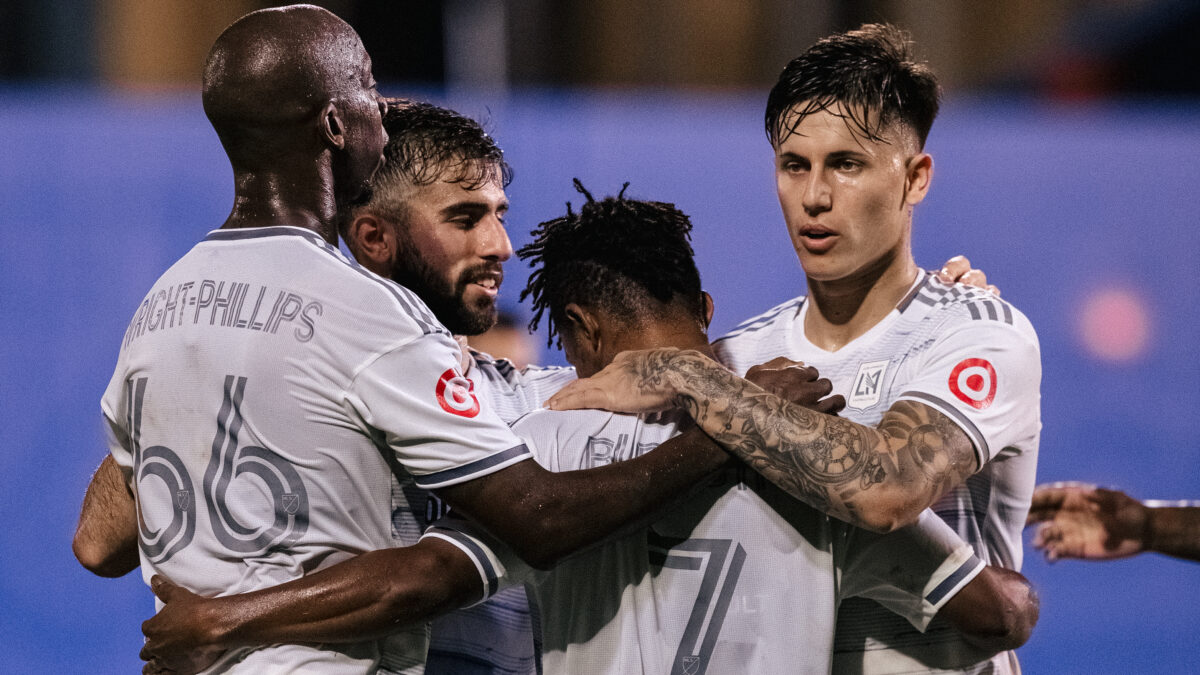 Los Angeles FC may not have wanted to use the word revenge, but there was an admitted extra layer of joy for the club in the victory over the Seattle Sounders.

LAFC moved past the Round of 16 in the MLS is Back Tournament on Monday night, posting a lopsided win over the Sounders. The 4-1 triumph not only kept LAFC in the hunt for the competition crown, but also gave the club a dose of vengeance following last year’s postseason elimination to the Sounders.

“This time around is like payback time,” said midfielder Latif Blessing, who scored LAFC’s second goal on Monday in the 39th minute. “We just (told ourselves) that we’re going to win this game. That’s why it happened. Everybody kind of kept going, so I’m happy we won this game.”

Added forward Danny Musovski: “With how last year ended we did want a little bit of revenge. I don’t know if that’s the right word, but we just wanted to come out and get that one back and we did.”

If there was an added sense of motivation, it was easy to see. LAFC came out of the gates flying on Monday and pieced together arguably its best showing in the tournament. The club showed a fierce intensity on both sides of the ball from the opening whistle, overwhelming the Sounders with a suffocating press defensively and playing quick towards goal when in the attack.

Leading the way for LAFC was talented forward Diego Rossi, who continued his tournament tear with a two-goal performance. Rossi converted the early penalty kick that helped set the tone against the Sounders, and then buried a sorely-needed insurance goal in the 82nd minute when the match was 2-1.

The Uruguayan’s impressive outing could have been even better had he been a little sharper on a couple of plays in the final third midway through the second half. Nonetheless, Rossi’s solid shift moved him into first place in the tournament’s Golden Boot race with seven goals while also helping mitigate the absence of LAFC top attacker Carlos Vela again.

“Diego has been a really good player every year, but he’s grown, he’s improved, he’s worked hard really hard on his finishing,” said LAFC head coach Bob Bradley. “His ability to take balls on the move, to make runs through the defense, he’s relentless.

“I think all of us just feel good about how he has continued to develop. I mention the finishing because he’s worked really hard at it. Tonight was a night where even he said to me after that he had more chances, but he’s an excellent guy.”

Diego Rossi scores his SEVENTH (!!!) goal of the tournament so far! #SEAvLAFC pic.twitter.com/H4z8wuCQHv

On the other end of the field, LAFC made positive strides vs. the Sounders after giving up seven goals in its three group-stage matches. LAFC deployed an asphyxiating high press that proved effective for much of the opening hour and change, but the back four also held up well in the few moments in which the Sounders managed to attack.

There was, of course, the one notable slip-up in the 75th minute that allowed the Sounders to make things tight, and LAFC goalkeeper Kenneth Vermeer had to make a big save shortly thereafter to keep his side in front.

Still, the overall the defensive display was a step in the right direction.

“I think the focus was really good tonight, I think the reactions were at a high level,” said Bradley. “I thought the back line in different situations was connected and handled those things well. We don’t change the part on how we play, but I think when we lost balls our reactions and our ability to control situations, that part was the best it’s been.”

Up next for LAFC is a showdown with Orlando City in the quarterfinals on Friday. The Lions have been one of the most surprising teams in the MLS is Back Tournament, showcasing an organized and disciplined style of play that has bore fruit.

LAFC knows that game will be another challenge and that it will not have the added incentive of exacting revenge like Monday’s did. Nonetheless, the motivation of moving one step closer to winning the title is more than enough.

“We are here to win the trophy,” said Blessing. “Any team, any opponent that will come we are going to work to get (the win). We are ready for any team that comes. LAFC, we are a better team so we are ready for anybody.”