MLS is Back: Chicharito goal not enough as Timbers top Galaxy 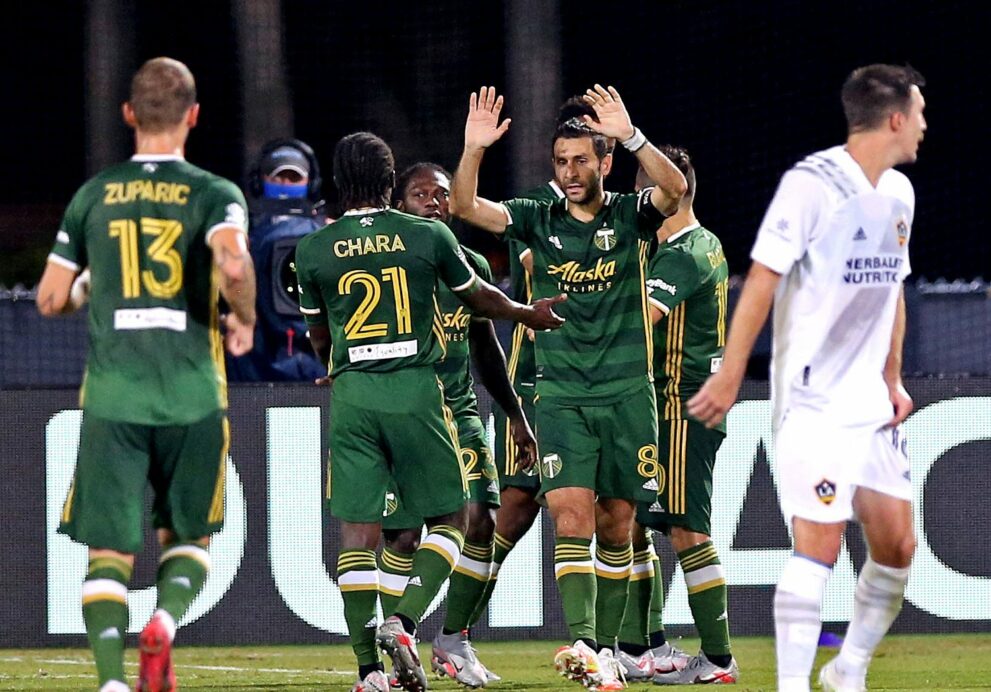 Javier ‘Chicharito’ Hernandez finally got on the board for the LA Galaxy. It was too little too late, though.

Chicharito scored his first Galaxy goal in the 88th minute, but the team could not prevail against the Portland Timbers in the MLS is Back Tournament on Monday. The Mexican striker’s tally was a mere consolation prize in a 2-1 defeat, which also included a missed Chicharito penalty kick prior to Timbers tallies from Jeremy Ebobisse and Sebastian Blanco in the second half.

The Timbers were forced to finish the match with 10 players following the questionable sending off of Dario Zuparic in the 75th minute of the Group F encounter.

Blanco led the way for the Timbers in the match at the ESPN Wide World of Sports Complex in Orlando, Florida. The Argentine first set up Ebobisse’s opener in the 59th minute, and then scored himself seven minutes later on a solo effort in the penalty area.

Chicharito may have pulled one back late to bag his first Galaxy goal after going scoreless in the first two matches of the regular season, but the striker had a mixed overall showing. His penalty kick in the 14th minute was saved by Timbers goalkeeper Steve Clark, and Chicharito also skied an open look earlier in the second half.

The forward eventually struck gold, but not before two other Galaxy goals were called back. Gordon Wild and Rolf Feltscher scored four minutes apart in the dying minutes, but their finishes were ruled out for offside.

The Galaxy return to the field on Saturday night for a clash with rival LAFC, which tied against the Dynamo earlier on Monday. The Timbers next play the Dynamo on Saturday.

Sebastian Blanco: The winger came up big for the Timbers in the closing stanza, setting up Ebobisse’s close-range opener and then taking matters into his own hand with a strong individual effort for the winner. His contributions proved just enough as the Timbers collected the three points.

Chicharito’s Poor Penalty: The game would have likely played out much more different had Chicharito converted the early spot kick, but he slightly telegraphed his shot before hitting a weak attempt that Clark stopped to keep the game scoreless.

Javier ‘Chicharito’ Hernandez: The Galaxy had several candidates here, especially with how they defended, but Chicharito’s overall showing was disappointing. Sure, he scored with his trademark movement and nose for goal, but the finish came only after he missed a pivotal penalty and blew another quality opportunity.