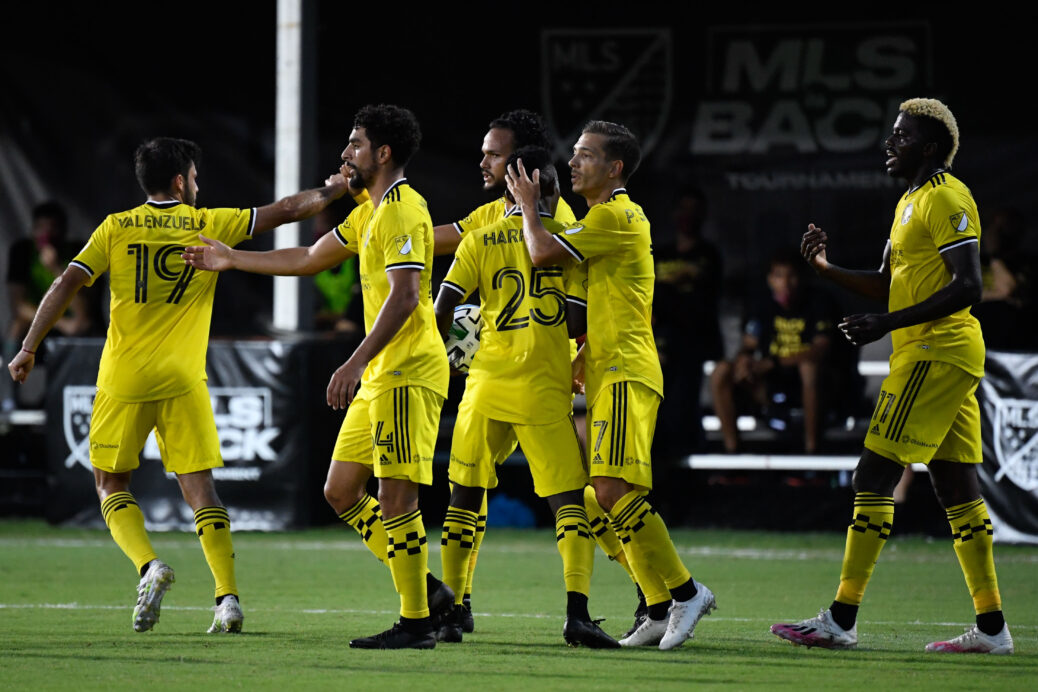 The recently struggling Atlanta United became the latest victim in the Columbus Crew’s still-undefeated 2020 campaign in Tuesday night’s MLS is Back action.

Atlanta United went out with a whimper as it watched the Crew run things for the entirety of the evening, and settled for a winless, and even more shockingly, goalless showing in Group E.

Youness Mokhtar delivered the winner in the 18th minute to give the Crew a 1-0 victory. involved in the final two moves of a 19-pass sequence, Mokhtar got the ball back from Milton Valenzuela at the center of the box and smashed home his second goal of the tournament.

Mokhtar did not finish the first half after picking up what appeared to be a right leg injury and was replaced by Derrick Etienne Jr.

Atlanta showed a bit of moxie to open up the second half. Emerson Hyndman and George Bello created a pair of early chances that resulted firmly in Crew keeper Andrew Tarbell’s gloves.

The momentum shifted back to the Crew for the better part of the second half, and apart from a very late surge and one scary corner from Atlanta, did not have to worry about much and closed out tournament play without having conceded a goal.

Darlington Nagbe: The Crew played through a bit of rotation, but the tried and true midfielder held it down in the midfield for 80 minutes and was crucial in defense in the opening stage of the match.

Youness Mokhtar’s 18th-minute goal: It was not as pretty as the build-up, but it was good enough to secure the win.

Franco Escobar: Caught in no-man’s land on the Crew’s goal, Escobar spent much of the night either out of position or arguing with the referee. A truly terrible all-around performance on a night when few Atlanta United players played well.