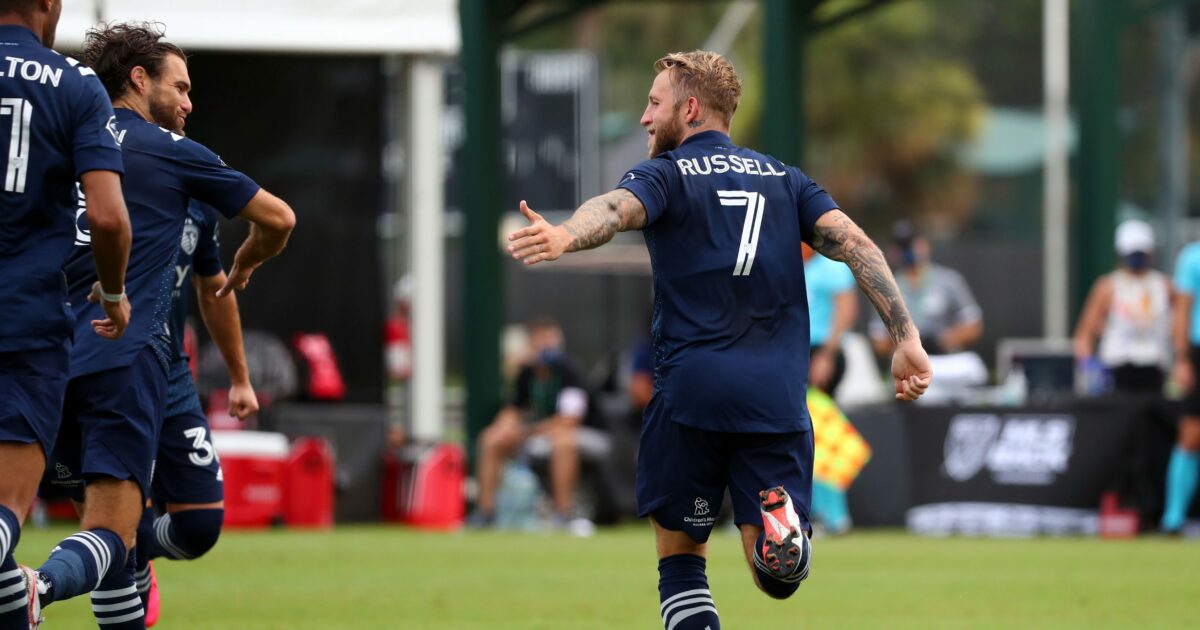 Johnny Russell’s goal 51 seconds into the match was enough to give Sporting KC all three points and a trip into the Round of 16, but Gerso Fernandes added an impressive insurance goal in the 86th minute to seal the deal.

The opening minute goal came as a result of both Sporting KC’s persistence and RSL’s defensive failures. Gianluca Busio’s corner didn’t fall to anybody in particular, but RSL’s defenders never got a solid clearance together, allowing Alan Pulido to get a slight enough touch to knock the ball to Russell who buried his attempt to finish the scramble in the box.

The remaining 89 minutes were an exercise in defensive efficiency from SKC. Real Salt Lake controlled the majority of possession, but excellent Kansas City discipline on defense kept them from getting any real chances at goal.

The effort was enough to frustrate RSL manager Freddy Juarez into subbing out his entire four-man midfield towards the end of the second half.

SKC got their insurance goal from Gerso thanks to a fantastic strike minutes after he came on as a sub. He cut inside from the right flank and hammered a shot inside the far post and there was nothing RSL keeper Zac MacMath could do about it.

Real Salt Lake was already assured of a spot in the Round of 16 coming into this match. They will advance as the second place finisher in Group D if Minnesota United loses on Wednesday night to the now eliminated Colorado Rapids and as a third place wild card team otherwise. The victory for SKC propels them to the knockout rounds of the MLS is Back Tournament as either Group D winners or in second place if Minnesota wins.

The Sporting KC back line was excellent all morning long and Graham Smith was the unit’s top performer.

The RSL midfield didn’t create anything throughout this match, Damir Kreilach will wish he had done a better job setting up his wide players and forwards before coming off in the 72nd minute.