MLS is Back: Early goal lifts NYCFC over TFC into quarterfinals 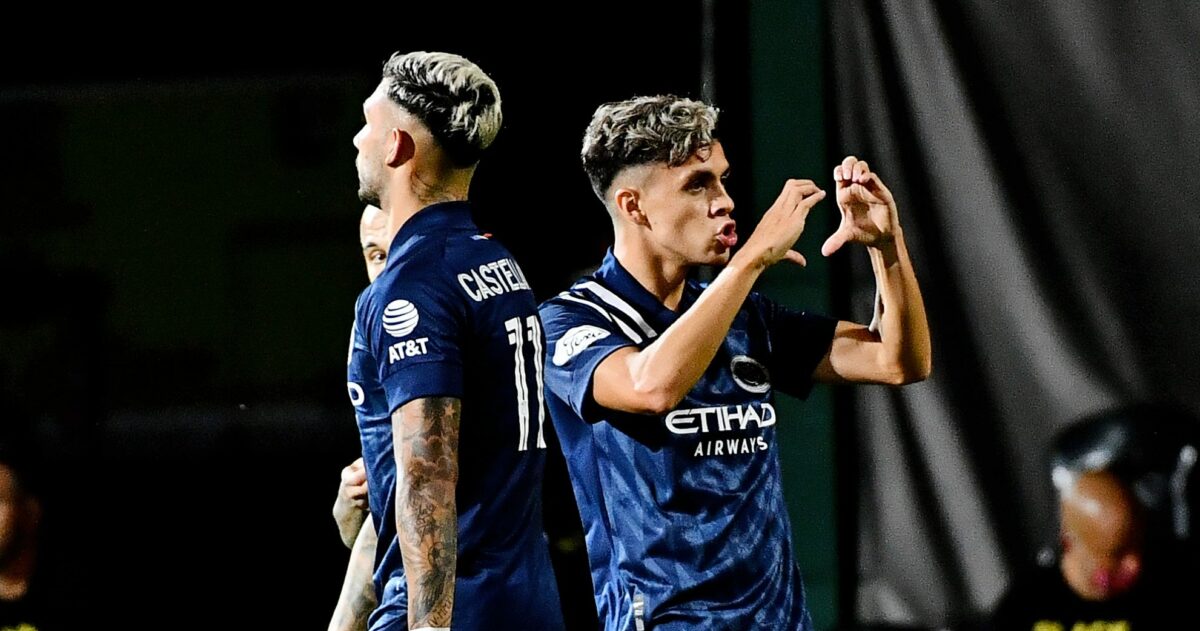 New York City FC rode the momentum from an early goal into the MLS is Back Tournament quarterfinals with a well deserved win over Toronto FC.

Valentin Castellanos scored in the 55th minute to add to an early goal from Jesus Medina. Maxi Moralez added a third in the final minutes to give NYCFC a 3-1 victory and a trip to the quarterfinals.

NYCFC opened the scoring in the fifth minute off a free kick. Toronto dealt with the original attempt, but the clearance fell to Anton Tinnerholm, who picked out Medina out wide for the finish. Toronto keeper Quentin Westberg got a touch to it, but he couldn’t keep it out of the back of the net and NYCFC had a 1-0 lead.

They doubled their lead in the 55th minute with a wonderful transition attack. Moralez somehow floated a pass to Castellanos in the final third and he ended up cutting inside to take a well-placed shot from the edge of the penalty area that bounded past a diving Westberg and inside the far post.

Moralez scored one of his own to truly put the match away in the 81st minute. TFC’s defense just lost track of him as they pushed forward, allowing him to get free in the center of the park to collect a pass from Heber and stroll in for an easy finish.

Toronto FC didn’t have too many chances to speak of throughout the game. Their consolation goal came in the 87th minute from Patrick Mullins, off an excellent pass from Jozy Altidore, but it was too little, too late.

NYCFC moves on face the winner of Tuesday night’s match between the Portland Timbers and FC Cincinnati in the MLS is Back Quarterfinals on Saturday night.

Maxi Moralez had an impressive assist on the game-winning goal and provided the finish on the put away one in the final minutes.

Toronto FC hardly looked like scoring at any point and when Castellanos scored NYCFC’s second goal of the night in the 55th minute it was hard to see Toronto getting back in the game.

It was a rough night for Omar Gonzalez in the TFC back line. He will certainly feel like he could have done better to stop NYCFC’s high-paced attack.