MLS is Back: Earthquakes steamroll RSL, advance to quarterfinals 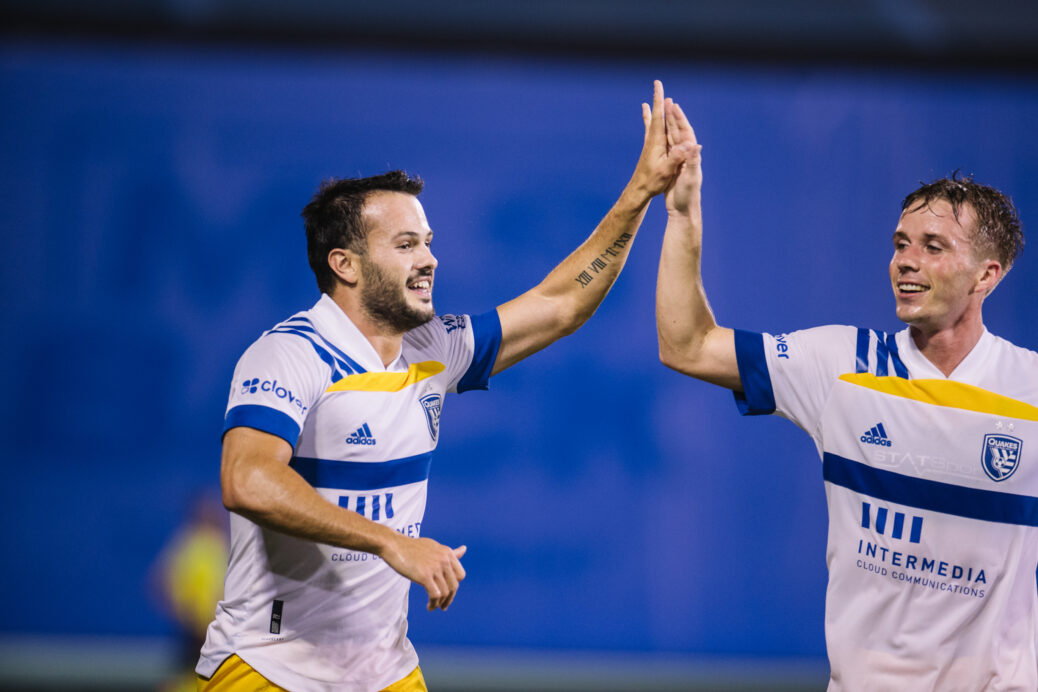 The San Jose Earthquakes might have needed a match to get themselves into midseason form during the MLS is Back tournament – or maybe it’s the yellow shorts that are sparking their hot run.

But after taking down Real Salt Lake, 5-2 in Monday night’s Round of 16 match, regardless of what “it” is, the Earthquakes might just be making a case as a team that could make a run to win the whole tournament.

San Jose saw four different goalscorers on the night with Magnus Erikkson holding the lone brace with a pair of successful penalty kicks in the win.

Cristian Espinoza continued his hot form of play, scoring the opening goal in the 21st minute, beating RSL keeper Zac MacMath to the far post to give San Jose the opening 1-0 lead.

That lead, however, lasted barely 30 seconds, when off the ensuing kickoff, Douglas Martinez beat Earthquakes defender Guram Kashia as he misplayed the longball to Martinez, then beat Oswaldo Alanis and fired it just past goalkeeper Daniel Vega pull the game back even at 1-1.

San Jose went on to break the deadlock in the second half off of Erikkson’s first of two penalty kicks in the 49th minute. San Jose earned the penalty after Alvin Jones tripped up Tommy Thompson who beat him to the inside of RSL’s 18-yard-box. The Earthquakes scored another goal 12 minutes later on one of RSL’s several second-half mistakes. Vako put San Jose up 3-1 in the 61st minute, pouncing on a bad ball out of the back from MacMath and teaming up with Andy Rios in the attack, who set up Vako for the easy first-touch in front of the goal.

RSL pulled one back in the 75th minute off of the foot of Damir Kreilach, who fired past Vega low to the far post.

Chris Wondolowski came in as a sub in the 81st minute and scored another goal right at the post as the ball ricocheted off of his leg, putting San Jose up 4-2, and Erikkson earned his second goal of the night on his second penalty kick of the night after Kyle Beckerman was called for a handball in the penalty area late in stoppage time to make it 5-2.

San Jose was solid from start to finish, despite allowing two goals and continue to make a surprising run through the MLS is Back tournament.  They will play the winner of Tuesday night’s Columbus Crew vs Minnesota United Round of 16 match in the quarterfinals on Saturday.

Vako had one of his best games in a San Jose shirt Monday night. He set up Cristian Espinoza on the opening goal of the match and teamed up perfectly with Andy Rios to score a goal himself in the second half to give San Jose, then, a two-goal lead.

Vako’s goal in the 61st minute not only proved to be the eventual game-winner, but also displayed San Jose’s attack at its best. Vako pounced on a bad pass from RSL goalkeeper Zac MacMath and after passing it to Andy Rios on his left, found a lane himself inside RSL’s backline, giving Rios someone to cross to on the ground. Vako hit the pass first-touch for the goal.

RSL centerback Marcelo Silva had no answers for San Jose’s attack and earned a red card for his dangerous challenge on Jackson Yueill in the 84th minute.