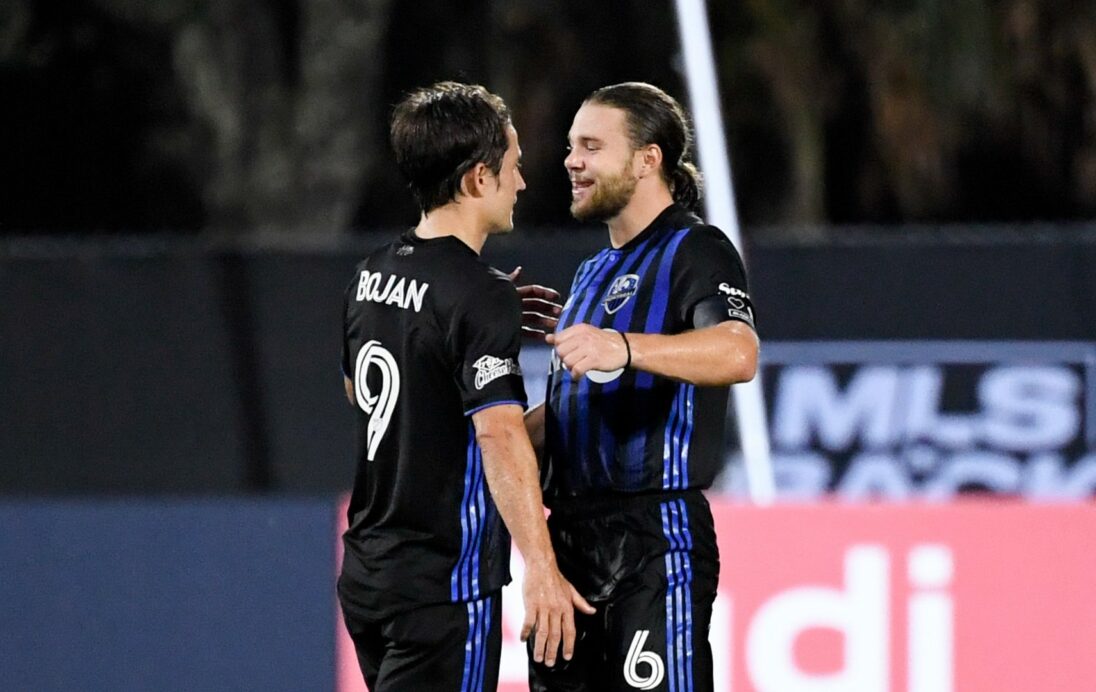 The Montreal Impact are still alive in the MLS is Back Tournament. D.C. United is not.

The Impact rode a Saphir Taider goal that was heavily-deflected to a 1-0 victory against D.C. United in their Group C finale on Tuesday night. The win kept the Impact in the hunt for a spot in the Round of 16 as a potential third-place finisher, and eliminated D.C. United from the competition.

The decisive tally in the match that both teams needed to win came in the 30th minute. Taider unleashed a shot from well outside the penalty area that D.C. United centerback Frederic Brillant tried to block in an unorthodox manner, only to accidentally direct the ball into the back of the net.

D.C. United had chances to find an equalizer in the second half, but could not get past Impact goalkeeper Clement Diop. Ulises Segura was denied by a kick-save in the 57th minute, and a Kevin Paredes effort was blocked with a similar Diop stop a mere seconds later.

The Impact almost put the game on ice in the 68th minute, but Maximiliano Urruti’s low take stung off the far post.

With the victory, the Impact remain in contention to quality for the knockout rounds as one of the top four third-place teams in the tournament. They finished behind Toronto FC and the New England Revolution in Group C.

Clement Diop: The Impact played a much more organized and defensively sound game, but would not have been able to take all three points with out their goalkeeper. He made three total stops, including two in quick succession to preserve the shutout and the victory.

D.C. Deflection: Seconds after hitting a dangerous clearance back towards his goal, Frederic Brillant stared in disbelief after his right-footed attempt to block Saphir Taider’s shot ended up finding the back of the D.C. United net.

Frederic Brillant: While several D.C. United attacking players disappointed in this one, Brialltn’s decision to attempt an unorthodox block ultimately proved the difference. Making it all the more worse is that it came seconds after he scared D.C. United with a backwards clearance that could have also resulted in an own goal.