MLS is Back: LAFC storms back to split points with Dynamo 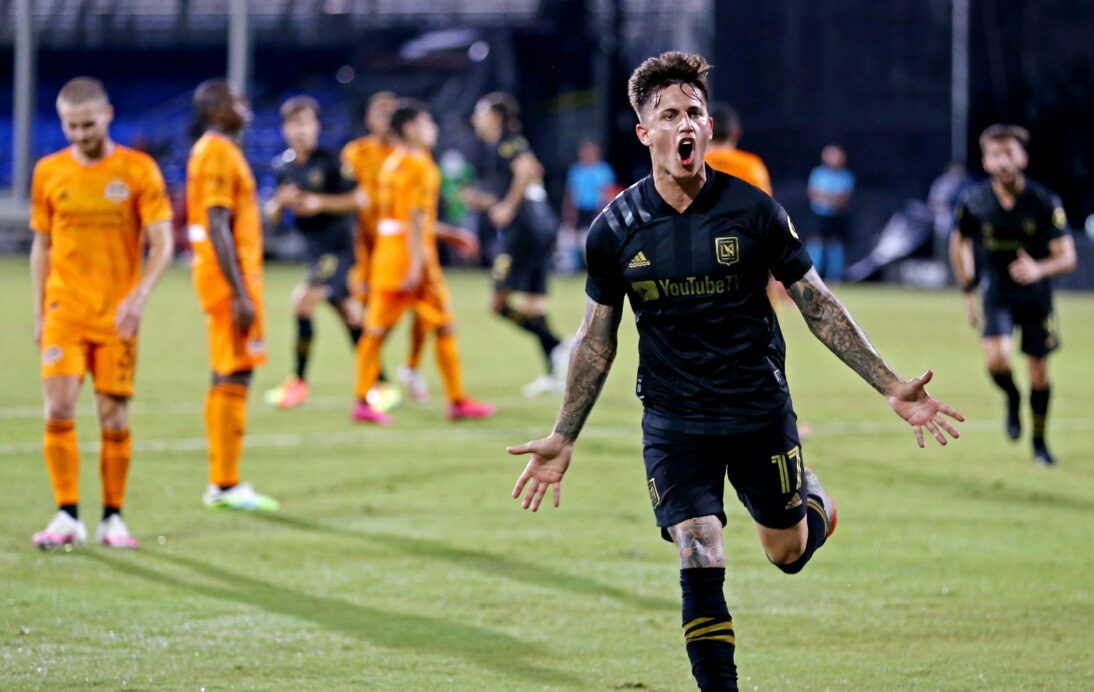 A surprising first half left LAFC staring in the face of defeat after conceding three times, but a come-from-behind effort after the break helped the reigning Supporters’ Shield winner salvage a result.

LAFC stormed back from a two-goal deficit in the second half to tie the Houston Dynamo, 3-3, in their MLS is Back Tournament opener on Monday night. The Dynamo took an impressive lead into halftime of the Group F opener thanks to a brace from Memo Rodriguez, but goals from Diego Rossi and Brian Rodriguez in the final 45 minutes saved LAFC from the upset.

Down 3-1 to a Dynamo side that threatened on the counter, Rossi started the rally with a thunderous effort in the 63rd minute. Rodriguez followed up with the game’s final tally from a similar spot six minutes later, though his finish was low and away.

LAFC ended the game at the ESPN Wide World of Sports Complex in Orlando, Florida, on a better note than it started. Rodriguez surprised LAFC by putting the Dynamo ahead after just nine minutes, blasting a shot to the near post.

The opener was canceled out in the 19th minute by a sliding finish from LAFC striker Bradley Wright-Phillips, but Rodriguez reestablished the Dynamo lead on a bundled rebound at the half-hour mark.

Alberth Elis added to the Dynamo’s lead in first half stoppage time, though his headed goal initially did not count due to an offside goal that was later reversed by VAR.

It was not enough, though, as LAFC came from behind to split the points.

LAFC’s next game will take place on Saturday night against cross-town rival LA Galaxy, while the Dynamo are set to battle the Portland Timbers that sam day.

Diego Rossi: The Uruguayan helped lead the LAFC attack that was without star player Carlos Vela. Rossi not only jumpstarted the comeback with a powerful finish, but was aggressive throughout and also delivered a pinpoint assist to Wright-Phillips in the first half.

Sparking the Rally: Rossi’s diagonal run and ensuing rocket three minutes after the hour-mark cut the deficit in half, giving LAFC plenty of belief and time to find an equalizer.

Adam Lundkvist: The Dynamo left back could not handle the pressure of the LAFC attack. He failed to close down Rossi quickly enough on LAFC’s second goal, and was also at least partially to blame on the Wright-Phillips’ tally in the opening half.