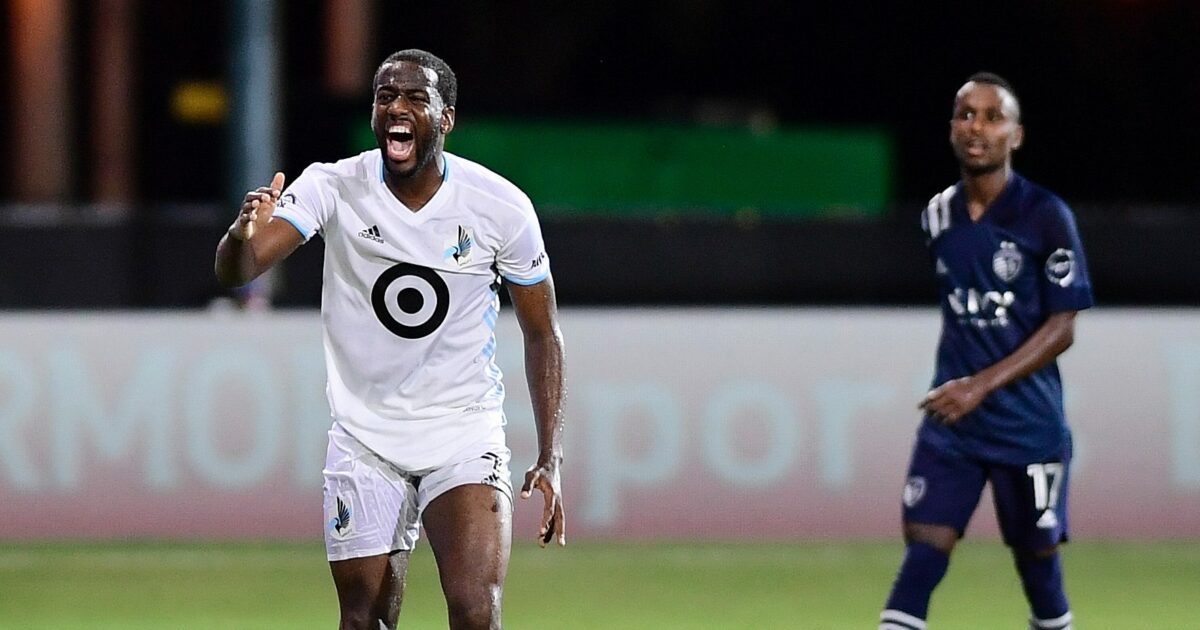 A late goal once again proved decisive as Minnesota United fought back to take down 10-man Sporting Kansas City, 2-1, in the Group D opener in the MLS is Back Tournament.

Kevin Molino’s 97th-minute goal gave the Loons all three points. Minnesota benefited from SKC goalkeeper Tim Melia denying Aaron Schoenfeld an obvious goal scoring opportunity in the 74th minute, giving them a numbers advantage in a game that Kansas City controlled for much of the opening hour.

Khiry Shelton scored for both teams in this match. He took advantage of Tyler Miller anticipating a pass too early on a counterattack in the 43rd minute to slip a shot inside the near post to open the scoring then deflected a 92nd minute free kick into his own goal for Minnesota’s equalizer.

Sporting Kansas City was in control for the vast majority of this match, but that began to change shortly after the hour mark. Minnesota’s revival started when they thought they had scored in the 64th minute before VAR took it off the board for offside. It continued a few minutes later when Schoenfeld smacked a shot off the crossbar. The game had fully flipped in the 74th minute when Melia was sent off for clearly denying an obvious Schoenfeld goal scoring opportunity.

Minnesota’s early ineffectiveness came in large part from absences down the spine of their team. Striker Luis Amarilla was pulled from the starting lineup after picking up an injury in warmups. Midfielder Ozzie Alonso and defender Ike Opara are also missing with injuries. All three of these players were missed as the Loons struggled to keep possession before the sending off.

Kevin Molino was in the right place at the right time at the end, but he was also Minnesota’s best attacking player in a game where they really needed everything they could get up front.

Tim Melia tripping Aaron Schoenfeld in the 74th minute gave Minnesota the extra boost they needed to claw back and steal the game in stoppage time.

A red card for your goalkeeper is never a good thing and Tim Melia will wish he had not been so aggressive with his 74th-minute challenge.