MLS is Back: Sounders reach Round of 16 with big win vs Whitecaps 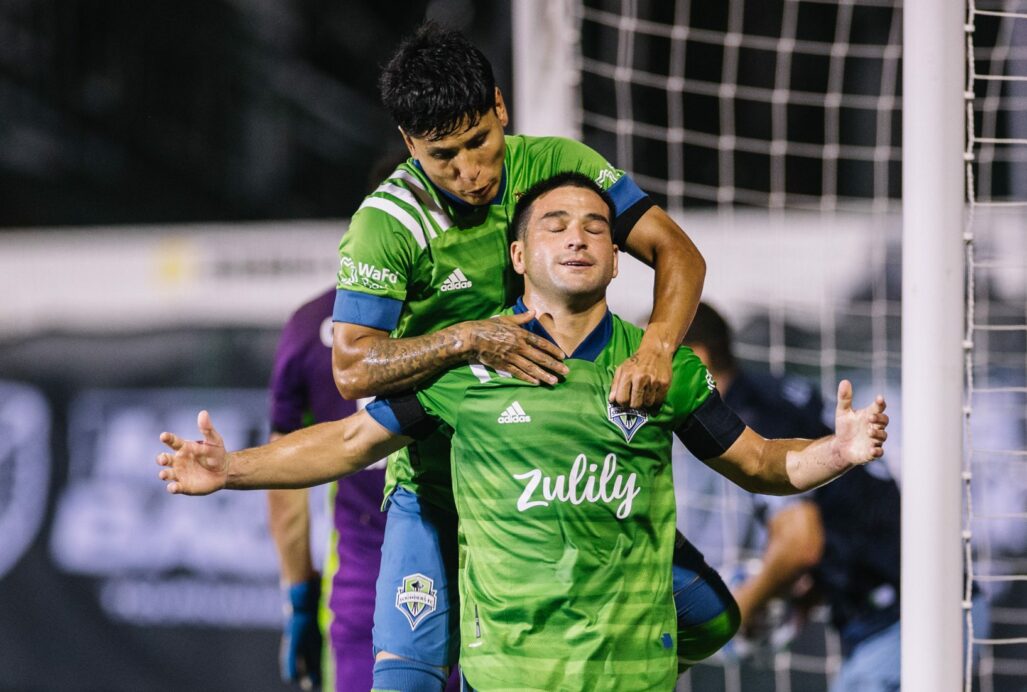 The Seattle Sounders may have started the MLS is Back Tournament slower than they would have liked, but a comfortable win over a rival just clinched their spot in the next round.

Jordan Morris, Raul Ruidiaz, and Nicolas Lodeiro each scored a goal, and the Sounders cruised to a 3-0 victory over the Vancouver Whitecaps on Sunday night. The triumph against the Cascadia Cup foe ensured the Sounders will reach the knockout stages of the competition, though it is not yet known if they will do so as a second-place team or third-place finisher.

Needing a win to stay alive in the tournament after an 0-1-1 start, the Sounders did not waste much time to get on the board vs. the Whitecaps. Lodeiro netted the winner with a 16th-minute penalty kick that was slotted to low and to the left after Jasser Khmiri was whistled for a handball.

Lodeiro went from scorer to provider 18 minutes later, setting up Morris with a well-weighted lofted pass on a quick counter that the American raced onto before slotting the ball home.

Ruidiaz got in on the fun and punctuated the Sounders’ day in the second half. A corner kick from the left found its way to the Peruvian striker inside the six-yard box, and Ruidiaz pushed it into the back of the net with ease.

The Whitecaps had opportunities to score themselves, but were missing that final bit of quality. Leonard Owusu had a open header in the first half that he sent well wide, and a late nodded effort from Theo Bair was pushed over the crossbar by Sounders goalkeeper Stefan Frei.

With the win, the Sounders wrapped up play in Group B with four points. They currently sit in second place in the group, but could finish in third depending on other results.

The Whitecaps, who have yet to pick up any points, will close out group play on Thursday morning against the Chicago Fire.

Nicolas Lodeiro. The Sounders’ playmaker scored the early winner via a penalty kick, and then helped set up Morris’ insurance goal shortly after the half-hour mark with a nice ball over the top. All in all, his best performance of the competition.

GOOD START: If the Sounders were feeling any pressure, they quickly removed some of it by getting on the board after just over a quarter of an hour. Lodeiro’s well-taken penalty not only served as the winner, but it set the tone for the Sounders’ convincing triumph.

ROUGH NIGHT: There were plenty of forgettable showings in this one for the Whitecaps, but Khmiri’s outing in the heart of the defense left a lot to be desired. The Tunisian centerback was called for a handball that gave the Sounders a confident-building opener, and struggled against the rival club’s potent attack throughout.