MLS is Back: Sporting KC advances on penalties after draw with Whitecaps 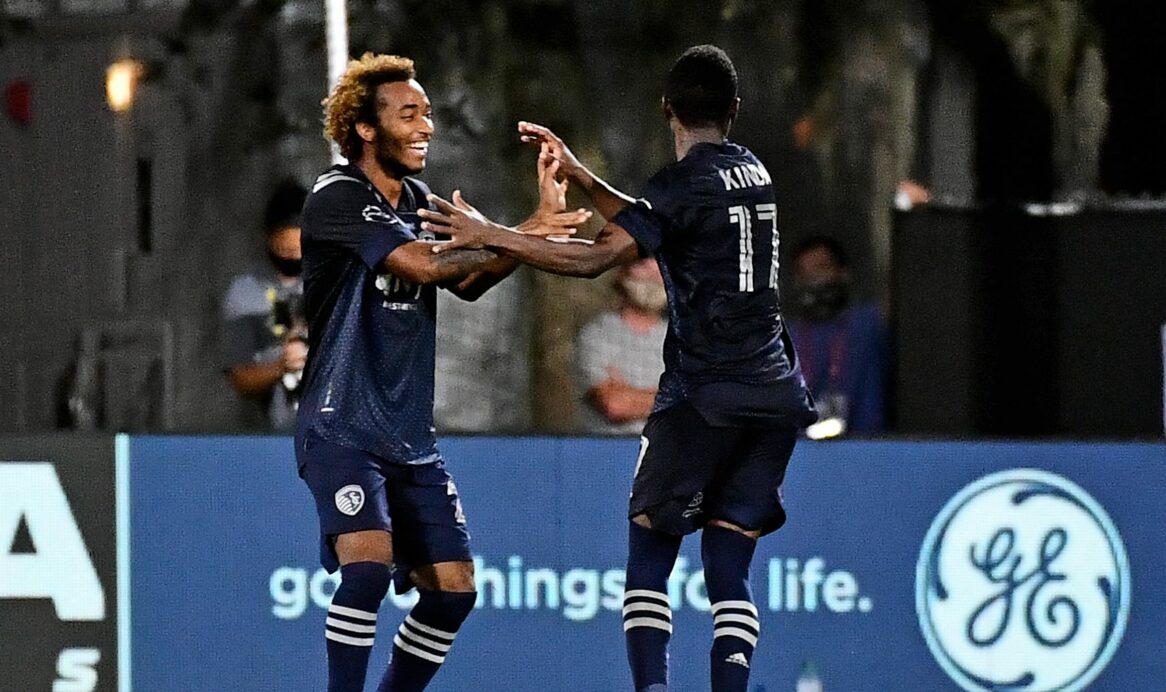 Sporting Kansas City took more than 30 shots on Sunday night, but ultimately needed penalty kicks to advance in the MLS is Back Tournament.

Sporting KC moved on to the quarterfinals via a 3-1 penalty shootout win over the Vancouver Whitecaps. The Round of 16 match went to spot kicks after a goal-less draw that saw Whitecaps goalkeeper Thomas Hasal make eight saves.

It was Sporting KC netminder Tim Melia that stole the show during the penalties, however. Melia made back-to-back stops on Derek Cornelius and Yordy Reyna on the Whitecaps’ third and fourth takes, setting up the ensuing winning kick from Gianluca Busio.

That the Whitecaps even took it to penalties was in large part due to the performance of Hasal, who held firm despite being peppered with shots during regulation. Sporting Kansas City fired the ball a whopping 36 times on Sunday, including a second-half Alan Pulido effort that hit the near post, but struggled to put it on frame.

Sporting KC will aim to extend its run in the MLS is Back Tournament on Thursday night when the club squares off with the Philadelphia Union in the first quarterfinals match of the competition.

Thomas Hasal: It is not often that a player on the losing team earns these honors, but the Whitecaps’ goalkeeper was a big reason why the Canadian side even had a sliver of a chance to take this one on penalties. Sure, the inaccurate shooting from Sporting KC played a big role, but so too did Hasal’s eight saves.

Shot-stopper: Melia came up big to to deny both Cornelius and Reyna in the third and fourth rounds of the shootout. The saves were not overly difficult to make, but they were crucial in helping Sporting Kansas City advance.

Cristian Dajome: His poor opening penalty after a quiet 90 minutes smacked off the right post and set the tone for the Whitecaps in the shootout. The forward’s miss put more pressure on his teammates, who struggled with that as Melia made two fairly routine but key stops.