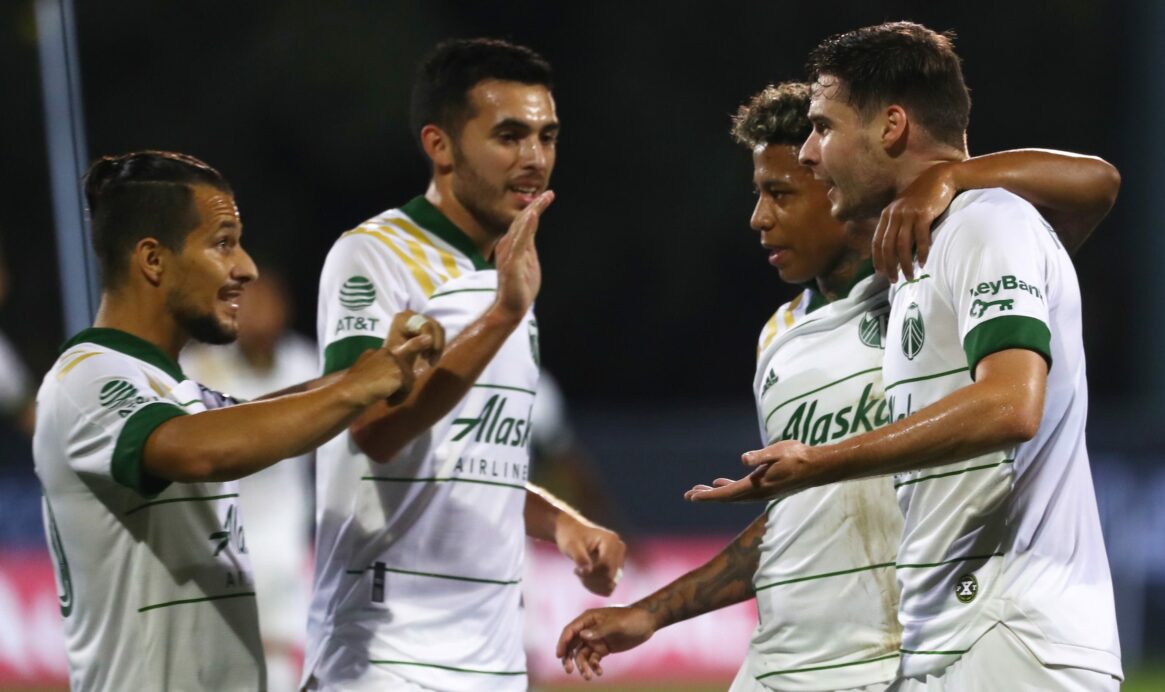 A late goal may have only given the Portland Timbers a draw on Thursday, but that was just enough for them to win the group.

The Timbers locked up the top spot in Group F of the MLS is Back Tournament on Thursday night after a Jeremy Ebobisse goal gave the team a 2-2 draw with LAFC. The California club was poised to finish first after coming from behind to take the lead, but Ebobisse’s 81st-minute header ensured the points would be split in the competition’s final group match.

With the result, the Timbers took Group F with seven points while LAFC came in second with five.

Having entered the match as a second-half substitute, Ebobisse came to the Timbers’ rescue with his late nodded effort from in close after Bill Tuiloma set him up. LAFC failed to properly clear the ball on a corner kick on the play, and that allowed for Tuiloma to head a pass to Ebobisse for the tying goal.

The equalizer canceled out an LAFC rally that took place late in the first half. LAFC had fallen behind early in the match, but a pair of goals that came four minutes apart put Bob Bradley’s side ahead before the break.

Bradley Wright-Phillips jumpstarted the rally with a potent and rising finish in the 36th minute, and Mark Anthony-Kaye nodded home the go-ahead goal on a corner kick shortly thereafter.

The two tallies may have flipped the script following a clinical seventh-minute opener from Jaroslaw Niezgoda, but the Timbers refused to lose and Ebobisse’s well-placed header ensured they finished as the Group F winners.

Instead of playing bitter rivals the Seattle Sounders, the Timbers will now face FC Cincinnati in the Round of 16 on Tuesday. LAFC, meanwhile, will battle the Sounders a day earlier.

Jeremy Ebobisse: Talk about an impact sub. The forward’s header to the near post in the final minutes saved the Timbers from their first defeat of the competition, and gave them a more favorable match-up in the Round of 16.

Coming Up Clutch: LAFC was on its way to win the match and the group, but Ebobisse’s well-directed equalizer put the Timbers on level terms and changed the respective course that each team will traverse in the knockout stages of the competition.

Pablo Sisniega: The LAFC goalkeeper stepped into the lineup for regular starter Kenneth Vermeer and looked shaky from the start. He hesitated instead of coming off his line sooner on Portland’s opening goal, and failed to command the penalty area and deal with the loose ball that Ebobisse eventually headed home.