MLS is Back: Toronto FC, Revolution advance with goal-less stalemate 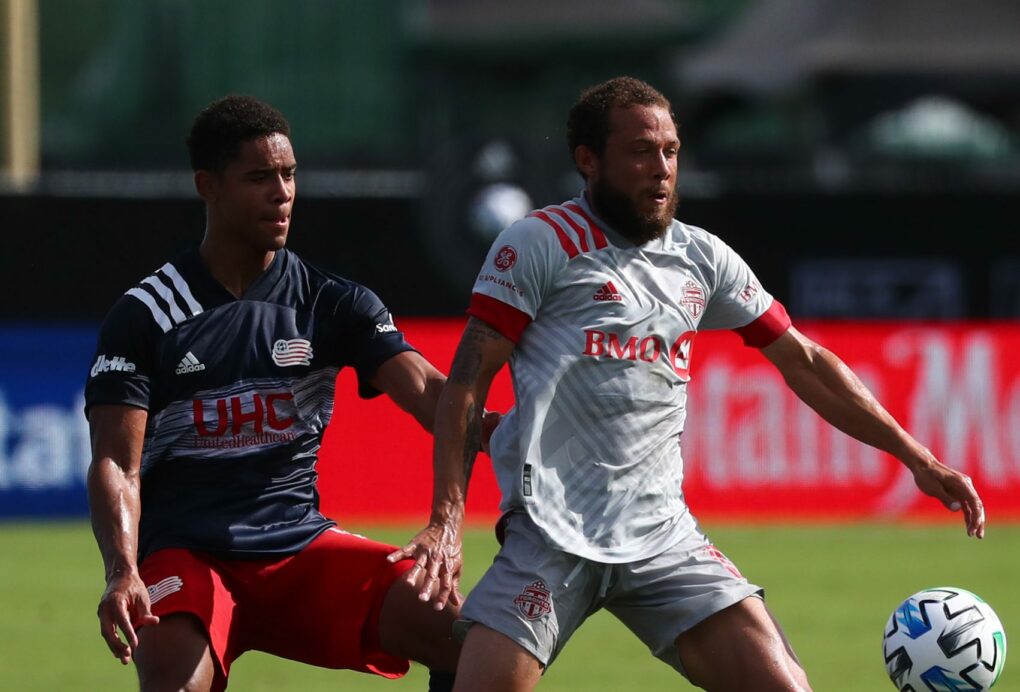 There were no goals, but there was a bit of controversy and two tickets that were punched to the knockout rounds.

Toronto FC and the New England Revolution reached the Round of 16 in the MLS is Back Tournament on Monday after playing to a goal-less draw in their Group C finale. The match finished without any tallies, but there were appeals for penalties from both sides in the final quarter-hour that went ignored.

The Revolution thought they earned a penalty kick first when Gustavo Bou went down in the box after a challenge from Michael Bradley in the 80th minute. Toronto FC could have earned one minutes later when a Jozy Altidore shot was handled in the box, but head referee Jair Marrufo allowed play to continue.

Toronto FC thought it had won a spot kick earlier in the second half when Ayo Akinola was fouled near the box. A closer look via the use of VAR, however, negated the penalty and a free kick was awarded instead.

Akinola had a great look from the run of play to grab the three points for the Canadian side in the 79th minute, but his shot from the center was saved stupendously by Revolution goalkeeper Matt Turner.

The goal-less draw left the two teams tied on five points in Group C, but Toronto FC sit in first due to having better goal differential. D.C. United could surpass both sides, however, if it beats the Montreal Impact by two goals or more on Monday night.

Matt Turner: The Revolution goalkeeper was key in holding Toronto FC at bay. He made five solid saves, including one spectacular stop on Akinola on a late look inside the penalty area.

Controversial Call: There was certainly contact, but was it enough for a penalty? That will be debated aplenty after Bradley and Bou came together in the 18-yard box in the 80 minute, producing shouts for a penalty but a no-call from match official Jair Marrufo.

Diego Fagundez: The Revolution attacker was a bit selfish on one play that could have led to an open look for teammate Adam Buksa, and overall was not sharp enough with his set-piece taking or decision-making.