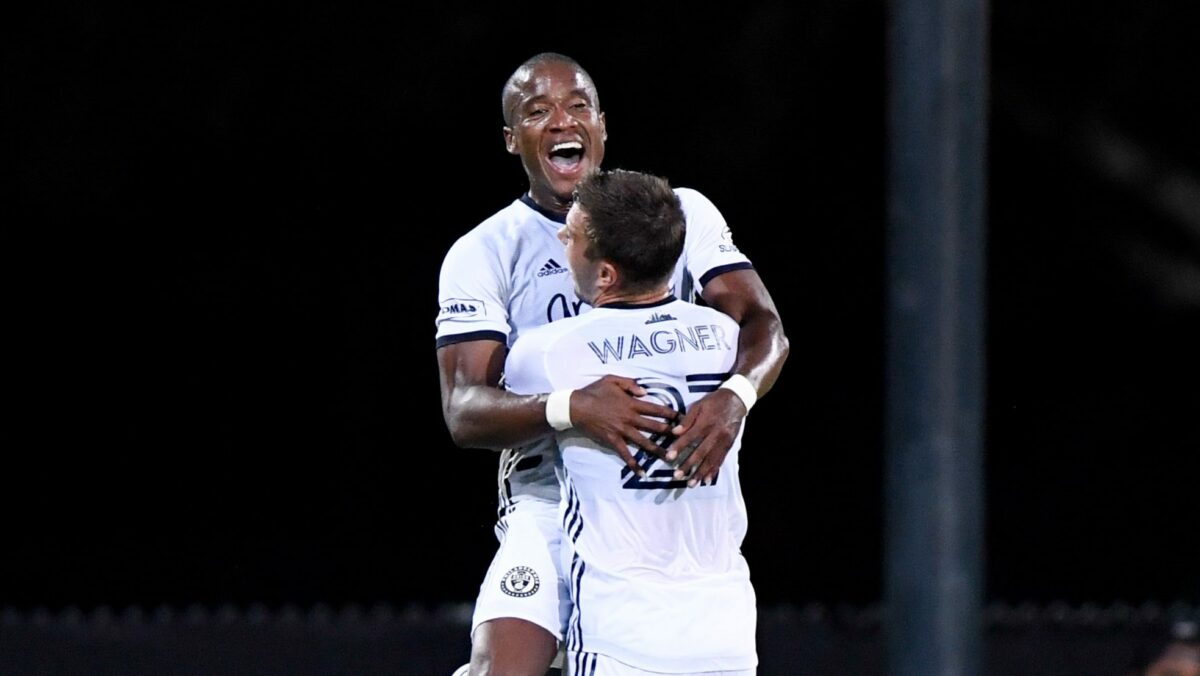 The Philadelphia Union had grown accustomed to playing close games at the MLS is Back Tournament, but an outstanding start to Thursday’s quarterfinal against Sporting Kansas City gave the Union a comfortable lead they never came close to giving up.

Sergio Santos scored a pair of goals while Jamiro Monteiro added his first of the tournament in a 3-1 triumph over Sporting KC in Orlando.

The win moves the Union into the MLS is Back Tournament semifinals on Wednesday, where they will face the winner of Saturday’s quarterfinal between New York City FC and the Portland Timbers.

After a sluggish opening 20 minutes to the match for both teams, the Union broke through in the 24th minute after a great unselfish play from Alejandro Bedoya. A dashing run from Bedoya allowed Santos to play a ball between Sporting KC’s center backs for the midfielder to rush onto. Bedoya’s easy pass across goal to Monteiro was tapped home for a 1-0 lead.

Not long after breaking the deadlock, Jim Curtin’s side benefitted from a bad giveaway by SKC left back Luis Martins. Martins played a poor back pass after a corner kick, allowing Santos to rush onto the ball and race 40 yards downfield. The Brazilian chipped Tim Melia for his second goal in as many matches.

Brenden Aaronson got in on the action in the 39th minute, sending a magnificent pass across field to Santos. The striker’s left-footed finish snuck underneath Melia for a 3-0 Union lead.

Alan Pulido pulled a goal back before halftime with a back post header past Andre Blake, but it would be the lone consolation for the Western Conference side.

Blake continued his strong tournament with seven saves, taking his current lead up to 33. The Jamaican denied both Gadi Kinda and Gerso Fernandes after halftime, continuing to show why he is ranked as one of the best goalkeepers in MLS.

Sergio Santos: It was a two-goal, one assist night for Santos, who put in his best performance of the season. The Brazilian not only showed off his skill inside the box, but also his physical presence by holding possession on the opening goal and several other occasions.

Santos’ second goal: Just when you thought it couldn’t get worse for SKC in the first half, Santos added insult to injury with his second goal. Aaronson’s clever pass sprung the forward onto goal and Santos did the rest with a confident finish.

Luis Martins: The Sporting KC left back was picked apart on the left wing by both Aaronson and Bedoya while also providing a terrible pass which led to the Union’s second goal.