MLS Ticker: Opara to miss MLS is Back Tournament, Chicharito to play, and more 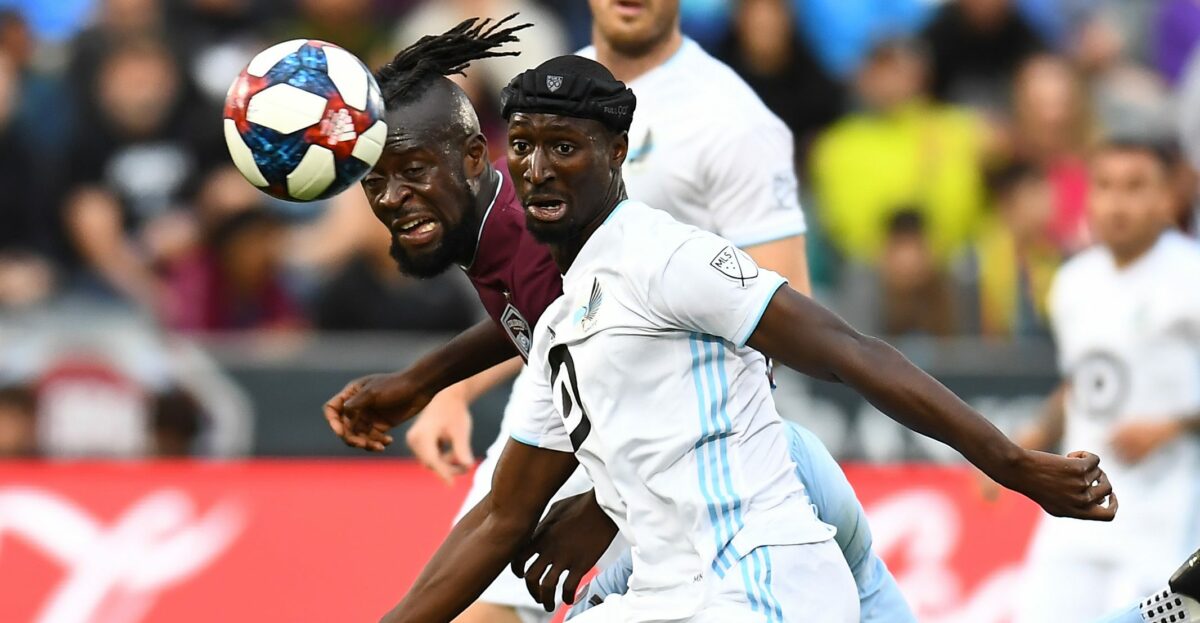 Minnesota United will be without one of their key defenders for the upcoming MLS is Back Tournament.

Centerback Ike Opara confirmed Thursday via social media that due to rehabilitation for a pre-existing injury, he has not traveled to Orlando. Opara has been a mainstay in the Loons backline since he was acquired in a trade prior to the start of the 2019 MLS season.

(1/2) Before it’s reported elsewhere, I want to let the fans know that I am currently not in Orlando with my teammates. I am continuing my physical rehabilitation on a preexisting condition that was agreed upon between the league and MNUFC. I’m sad I’m not there with my guys

In 39 appearances, Opara has scored five goals and was named MLS’ Defender of the Year in 2019. The 31-year-old veteran has amassed over 200 careers MLS appearances, also helping Sporting KC to an MLS Cup in 2013 and a pair of U.S. Open Cup titles.

Opara isn’t the only big name that will miss the tournament. L.A. Galaxy midfielder Jonathan Dos Santos recently underwent hernia surgery while LAFC forward Carlos Vela is likely to miss out to stay home with his pregnant wife.

Minnesota United kicks off play in the tournament on July 12th against Sporting KC.

Toronto FC will be without one of their exciting young stars long-term.

Ifunanyachi Achara suffered a torn ACL in his left knee, the Eastern Conference club announced. The rookie midfielder will undergo surgery next week and will miss the remainder of the 2020 season.

Achara made his MLS debut and scored the game-winning goal earlier this year in TFC’s home opener victory against NYCFC. The 22-year-old was selected 25th overall in the 2020 MLS SuperDraft after playing collegiately at Georgetown University.

He also played for USL sides Black Rock FC and GPS Portland Phoenix prior to being drafted by TFC.

Atlanta United made a Homegrown signing on Thursday, adding a young player to the roster.

Tyler Wolff, son of former U.S. Men’s National Team player Josh, signed a Homegrown contract with the club. Wolff, 17, will join the team effective immediately and be a member of the traveling squad for the MLS is Back Tournament.

“Tyler is a young attacking player who has shown a lot of potential and we’re excited that his development will continue at Atlanta United,” Atlanta United Vice President and Technical Director Carlos Bocanegra said. “Since joining the Academy, he’s shown the drive and determination to get to that next level.”

“We’ve been able to challenge Tyler in high-level academy matches, the USL environment, and First Team environment and he’s shown he’s belonged at each level. On the field, he has the quality and versatility to play anywhere across the front four and we believe he has capability to grow into a key contributor at the pro level.”

Wolff joined the Atlanta United Academy prior to the 2019-20 season and made 11 appearances during the abbreviated season, scoring 14 goals. He earned a place with the Five Stripes first team for the 2020 preseason and since has made his USL Debut back in March.

Sam Nicholson is no longer a part of the Colorado Rapids.

The Western Conference club announced Thursday they’ve terminated Nicholson’s contract by mutual consent. Nicholson joined the Rapids in 2018 after being acquired in a trade with Minnesota United.

“This was a difficult decision for all parties involved, but ultimately the right one for Sam and his family’s well-being,” Rapids Executive VP and GM Padraig Smith said. “Since arriving two years ago, Sam has played a crucial role in driving the club forward toward our goals and we’re grateful to him for his contributions on and off the pitch.”

“He is a wonderful young man and a talented footballer.  He will always be a part of the Rapids family and we wish him nothing but the best in the future.”

Nicholson, 25, made 68 combined MLS appearances, scoring six goals and registering eight assists. The Scotland native played in both of the Rapids 2020 regular season games, but failed to score or assist in either of them.

The Rapids kick off play in the MLS is Back Tournament next week.