The NWSL Challenge Cup is set to begin the knockout round on Friday where three wins for a team will see them lift the tournament trophy.

All eight participating clubs qualified for the knockout rounds automatically, and their seeding was based on the results of the two-week preliminary round. Each team played four games with many head coaches opting to occasionally rest key starters for the single-elimination matches.

The North Carolina Courage will look to continue its dominance by looking to obtain another championship after an impressive qualification round. The Courage will play the Portland Thorns to kick off the quarterfinals, but certainly have one eye on Rose Lavelle and the Washington Spirit as a possible contender for the title.

Among the tournament’s dark horses are the Houston Dash and Utah Royals who also square off against each other in the next round.

Here is an in-depth look at the first round of games of the NWSL Challenge Cup.

Few NWSL fans would have predicted Portland to finish in last place, but the winless Thorns now find themselves in the unenviable position of needing to deal the Courage their first loss of the tournament.

Fittingly, these two teams kicked off the Challenge Cup in the opening match with the Courage needing a 94th minute winner from striker Lynn Williams to earn the victory.

The Courage are a juggernaut that appears to be as strong as ever in a 4-2-2-2 formation that features superstars such as Debinha, Crystal Dunn, and Sam Mewis. Portland has yet to find its stride having tied its last three games in the tournament, but players like Lindsey Horan and Christine Sinclair are capable of pulling off a huge upset. If goalkeeper Bella Bixby can continue making big saves, look for the Thorns to put up a bigger fight than their seeding suggests. 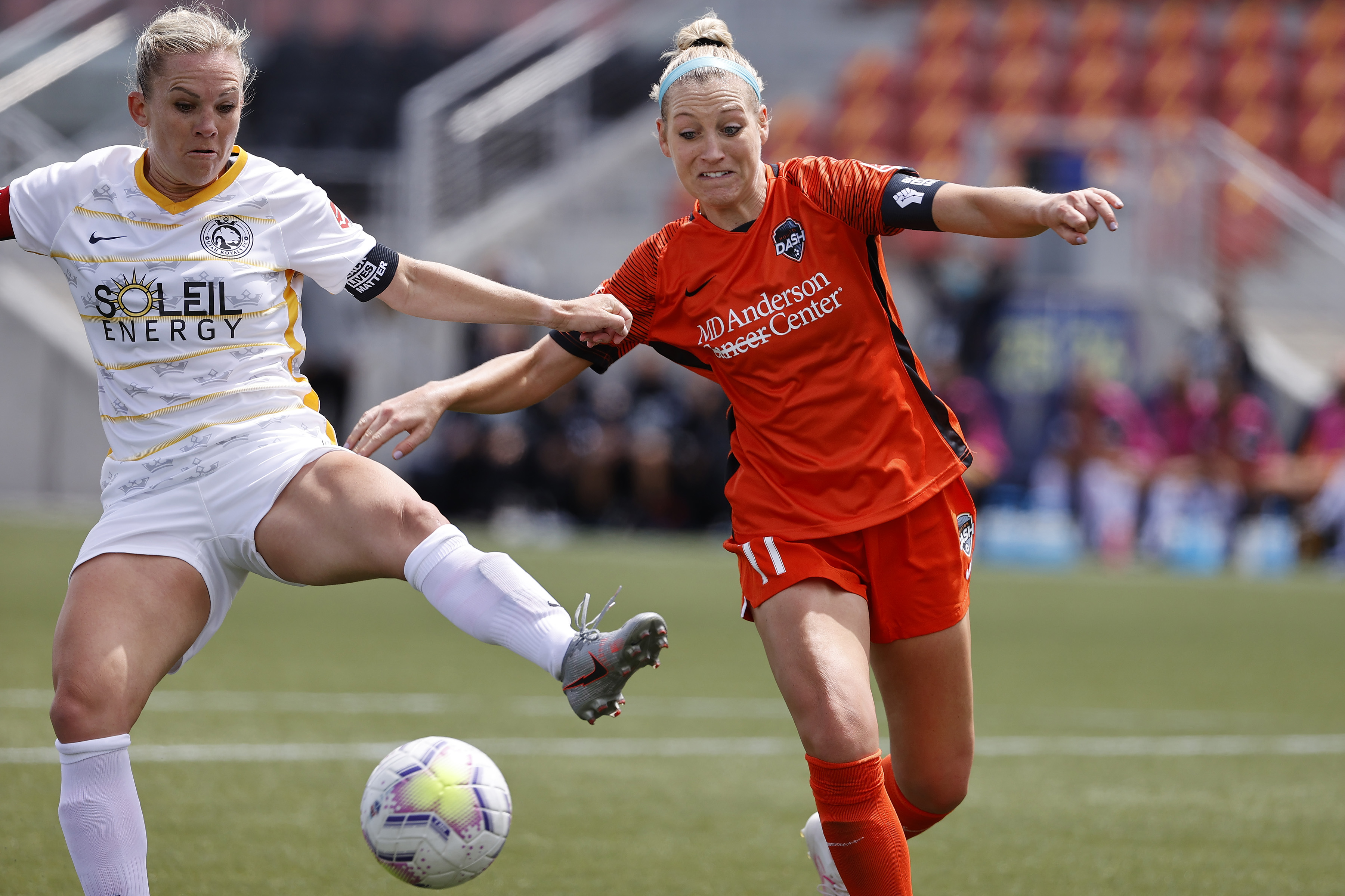 Both Houston and Utah will feel they are well-positioned to advance to the semifinals after tying 3-3 earlier in the competition. The two sides are coming off of consecutive losses and goal droughts to close the preliminary round, however both clubs are dangerous on their best day and can cause trouble to any team in the competition.

Individual brilliance could prove the difference in this matchup. The Dash are backed by attackers Rachel Daly and Shea Groom, while Amy Rodriguez and Veronica Boquete will need to manufacture chances of their own for the Royals to be successful. 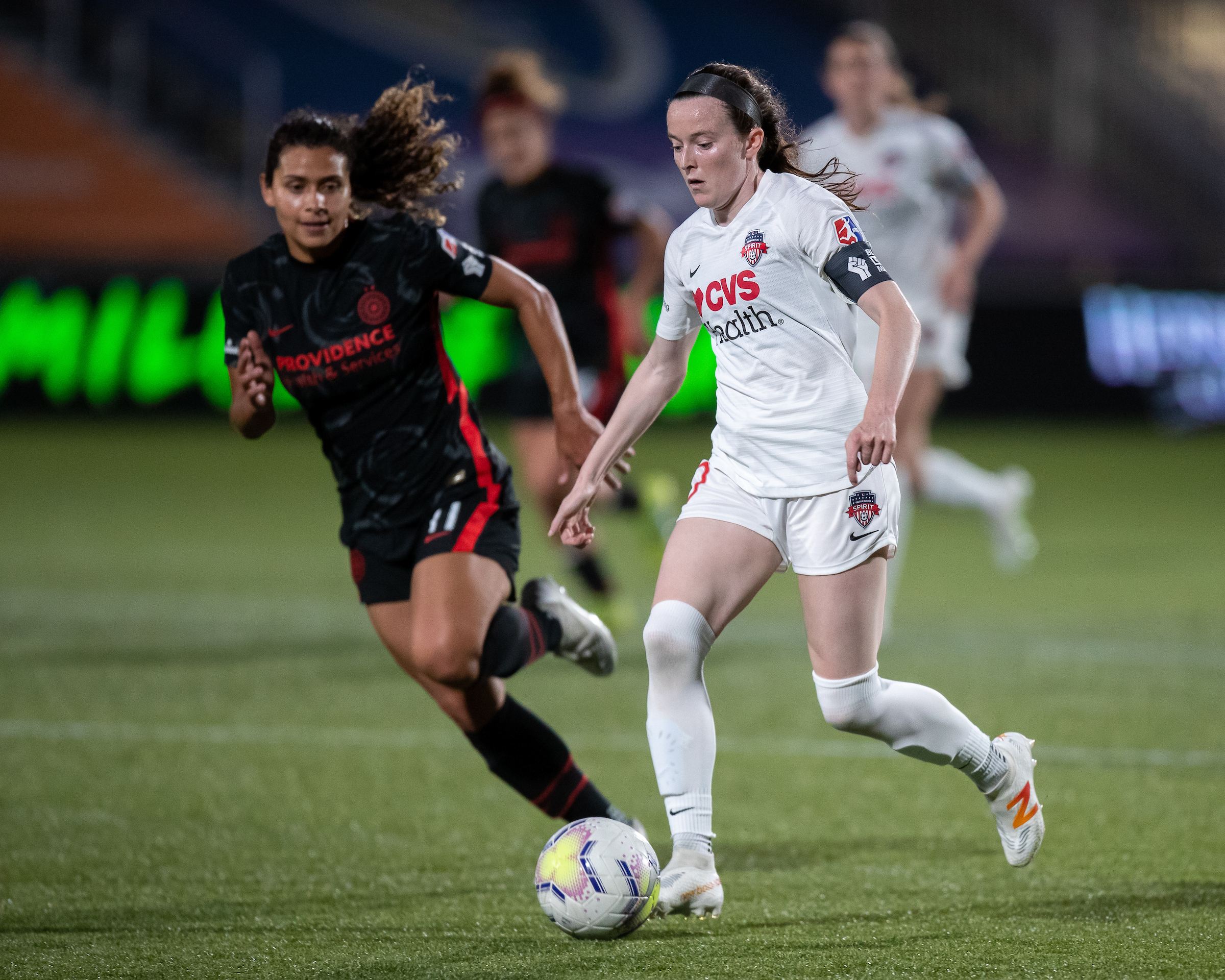 Rose Lavelle leads a dangerous Washington Spirit side into the playoffs with only one defeat in the qualifying round. While Lavelle will draw most of Sky Blue’s attention, they’ll also need to shut down Ashley Hatch and Ashley Sanchez. Washington will be without midfielder Andi Sullivan due to a tournament-ending knee injury.

Sky Blue upset the 2019 NWSL championship finalists Chicago Red Stars in the preliminary stage with a 2-0 victory, but those ended up being their only goals scored in four matches. Their defense, having only allowed one goal against a team not named North Carolina so far, could be the heroes if Sky Blue pull off the upset. 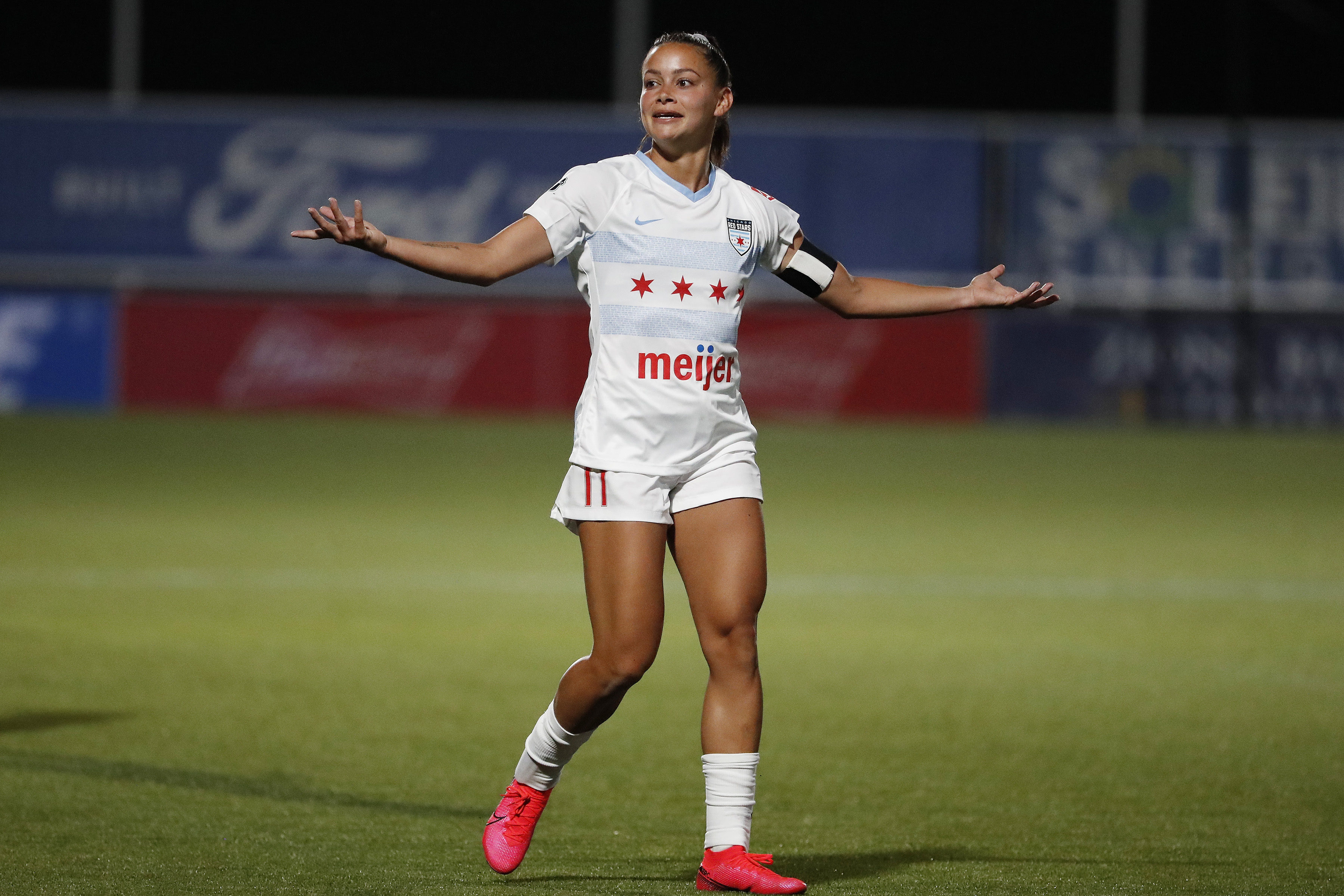 OL Reign may have kept three clean sheets in the preliminary round, but only scored one goal in four matches. Despite their ineffectiveness in front of goal, that was enough for them to earn the third place seed and a chance to knock out the Chicago Red Stars in the quarterfinal round. It’s difficult to see where the goals will come from for Reign, although it may just take one opportunity.

Chicago has yet to really find its groove in the Challenge Cup, but they are coming off a 1-0 win over Utah in their last game. Despite top quality defenders like Casey Short, Tierna Davidson, and Julie Ertz, the Red Stars have yet to fully replace the goals Sam Kerr provided the team in 2019. Kealia Watt and Savannah McCaskill are just two of Chicago’s attackers, who despite have had a quiet tournament, could be on the cusp of a breakout moment.