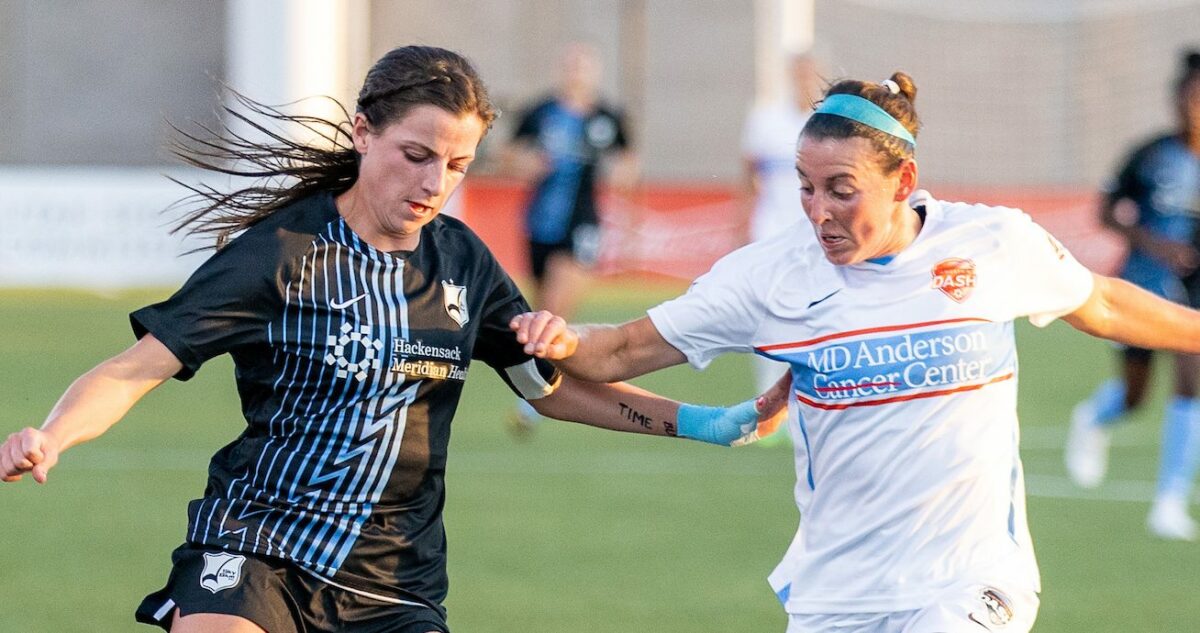 OL Reign defeated Utah Royals FC 1-0 on Wednesday afternoon thanks to a header from Bethany Balcer in the 91st minute.

Reign scored its first goal of the NWSL Challenge Cup after a barren spell of over 270 minutes. The 1-0 victory secured three points over the Royals that should reignite Reign’s Challenge Cup ambitions.

The substitutes saved the day for Reign as both Balcer and Nicole Momiki came off the bench to steal a win in what was largely an even contest.

In the first minute of extra time, Momiki cut back on the right win to play a left-footed cross into the box. The ball found Balcer who redirected her header down towards the ground and past Royals goalkeeper Nicole Barnhart.

.@bethanybalcer the hero! 🦸‍♀️@OLReign get their first goal at the #NWSLChallengeCup and their first win.

“I think we’ve really persevered,” said Balcer, the 2019 NWSL Rookie of the Year. “It’s great to see everything come together on the field.”

The victory muddies the standings of a competition that was beginning to become clear. Reign was winless in their first two matches, but now sit tied for 2nd place on four points with four other teams.

Utah is one of those teams. They hoped to catapult to a commanding point tally of seven and within striking distance of North Carolina. Instead, the Courage currently hold a five point lead over all other teams for the number one seed.

U.S. Women’s National Team stars Kelley O’Hara and Allie Long received the day off from both of their head coaches.

Utah will play their final preliminary match on July 12 against the Chicago Red Stars, while OL Reign will look to continue their winning ways against the Portland Thorns on July 13.

After a fast-flying start to the competition, the Houston Dash stumbled Wednesday night to Sky Blue FC losing 2-0.

Not many would’ve predicted the scoreline before the evening’s contest, as Sky Blue was yet to score in the tournament and Houston seemed deadly in front of goal thanks to clinical finishes from Rachel Daly and Shea Groom.

Perhaps the underdog mentality worked to Sky Blue’s advantage when they took the lead in the 17th minute. Forward Paige Monaghan received a through ball, dribbled by the keeper, and calmly placed the ball in the net before rushing to celebrate with her teammates.

⚡️ strikes when you least expect it.@paigeqmonaghan rounds the 'keeper and fires @SkyBlueFC ahead!

The lead was doubled in the 34th minute. An errant clearance from Dash keeper Jane Campbell outside the 18 yard box landed precisely at the feet of Nahomi Kawasuma. After a prep touch to settle, Kawasuma chipped Campbell from long-distance.

The game marked the first time Houston failed to score in the tournament. Meanwhile, Sky Blue have quietly enjoyed one of the best defensive records of any club in the competition. Utah’s Amy Rodriguez is the only player to score against Sky Blue so far.

Each of the eight teams in the Challenge Cup have played three games apiece with one game remaining in the preliminary matches. North Carolina Courage has clinched the number one seed because the five point gap between 1st and 2nd place is too large.

Sky Blue sit tied for 2nd place after their most recent result, and they win the first tiebreaker by owning the best goal differential record. They face their biggest test of the tournament so far by playing North Carolina on July 13th.

Houston also are tied for 2nd place. They will look to rebound against Washington Spirit on July 12th in a match that will affect the final standings greatly.