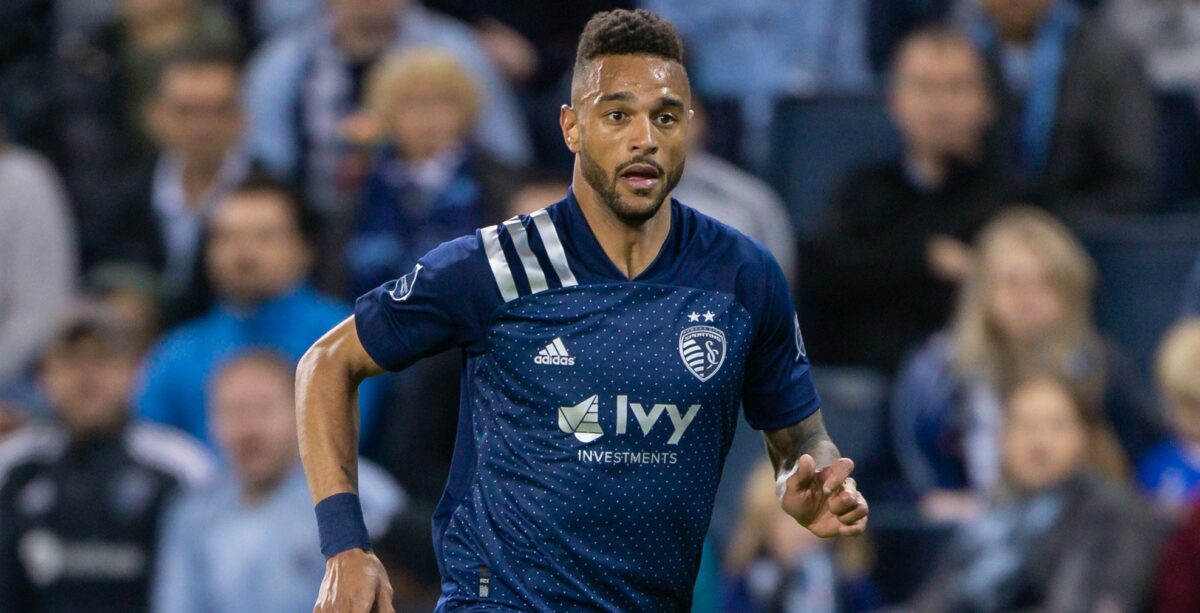 Khiry Shelton took a major chance coming back to MLS earlier this year, but looks to be reaping the rewards of playing for a top organization and head coach.

Shelton registered his third goal of the current MLS season and second in as many matches at the MLS is Back Tournament for Sporting KC. A dramatic 3-2 win over rivals Colorado Rapids handed the team an important win in Group D play, moving them to three points with one match remaining.

The 27-year-old veteran kicked off the scoring for SKC in what proved to be a four-goal second half. Despite the Rapids seeing a pair of red cards, SKC made them pay and ultimately rode a late winner from Graham Zusi to a survival win in group stage play.

“It was a whirlwind – a crazy game,” Shelton said post match “Some unexpected things happened but we got the win and that’s all that matters.

“It’s not an easy thing [to fight back at the end]. We could have definitely done better keeping the ball. At the end of the day, we won and sometimes the games are going to be ugly like that. We pulled it out and took the win. We’re happy about it and we’re going to move on to the next game.”

Shelton continued to play every minute in Peter Vermes’ squad, totaling 90 minutes in Friday’s victory. He had to wait for his moment, but showed confidence with his goal which was the first of a major comeback for SKC.

After being pushed wide of the net, Shelton received possession, but instead of crossing back across the face of goal, the veteran forward roofed a shot into the top-right corner. It was a confident finish from Shelton, who proved once again he can be impactful in the attack alongside star striker Alan Pulido.

SKC would not only add a penalty kick from Pulido to take a 2-1 lead, but a deflected effort by Zusi in stoppage time sealed all three points for the Western Conference side. Shelton deserves major credit though for his strike, continuing to shine in his first season back in MLS since 2018.

After failing to impress in one Bundesliga season at Paderborn, Shelton made the move back to MLS and looks to have not skipped a beat. The 27-year-old easily could’ve been frustrated with his time in Germany, but instead has pushed that to the side and grown in confidence back in the United States.

With a lot still to play for in Group D play, Vermes and Shelton’s SKC teammates will be looking at him for more confident finishes, starting with next week’s clash with Real Salt Lake.

“We work hard on it. I’m doing extra stuff. As you can see, it’s starting to pay off a bit but the grind never stops and I’m going to keep working.”