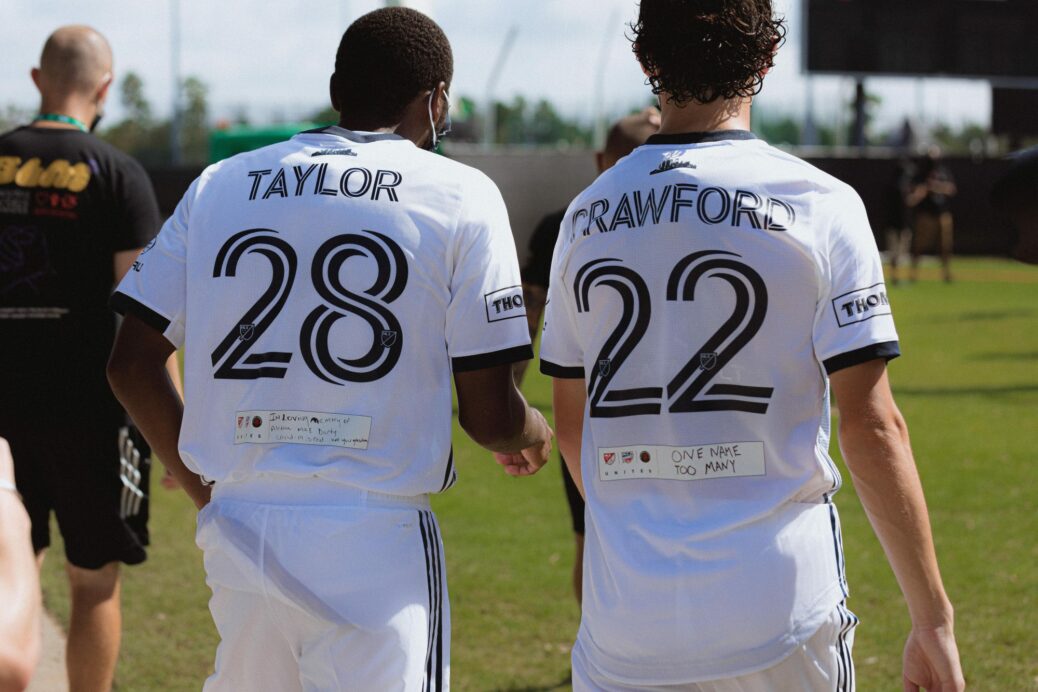 The Philadelphia Union made a statement in its debut match of the MLS is Back tournament Thursday morning long before the first ball was kicked in Orlando and about an hour before Alejandro Bedoya’s eventual game-winning goal against NYCFC.

After entering the field apart in black “Black Lives Matter” pre-game shirts and taking a full team photo, they took the shirts off and revealed their jerseys which didn’t have their own last names on the back like they normally would, but rather the names of the victims of police brutality, a surprise to everyone watching the game, including the game’s commentators Jon Champion and Taylor Twellman.

Our players had a message today: #BlackLivesMatter pic.twitter.com/wCVx6DPBro

The white players on the team put their names of those victims who they learned about through talking to the Black players on the team, while the others wore the victims’ names like Eric Garner, Philando Castile, Breonna Taylor, and George Floyd, whose name goalkeeper Andre Blake wore on the back of his kit.

“At the start, certainly things going on in our country far bigger than soccer,” Union head coach Jim Curtin said after the match. “I have to say I’m very proud of my players throughout the past four months for the leadership they’ve shown, the leadership role they’ve taken in the BLM movement, educating the other players on our team.

“The idea today was action over permission; I hope the league understands that. It was done to show respect, to learn, to grow, to make our country better. I’m really proud of my players for everything they’ve done.”

Captain Alejandro Bedoya’s captain’s armband with more than 30 names of victims labeled all over it.

Our players joined together to create a custom armband for #MLSisBack that our Captain @AleBedoya17 will be wearing for the tournament.#SayTheirNames pic.twitter.com/ZZe4Ev2RCJ

The bottom of the back their jerseys read “One Name Too Many,” underlining their jersey number.

The move by the Union caught everybody off guard Thursday morning. Major League Soccer has planned for teams to wear special patches in tribute to the fight against racial injustice.

The Union players are also wearing special “#EndRacism” shin guards during the MLS is Back tournament in tribute to racial injustice as well.

Our entire squad will be wearing these specialty #EndRacism shin guards during #MLSisBack tournament & beyond.#DOOP pic.twitter.com/mGZ4gT9MZv

The tributes by MLS players started in the tournament’s kickoff Wednesday night when Black players from both Orlando City and Inter Miami kneeled for eight minutes, 46 seconds prior to the start of their match – the same amount of time that former Minnesota police officer Derek Chauvin kneeled on George Floyd’s neck before killing him.

The Union defeated New York City FC 1-0 Thursday morning on a goal from Bedoya in the 63rd minute. Both teams were the first of their respective cities to return to professional sports after a four-month break due to the COVID-19 pandemic.