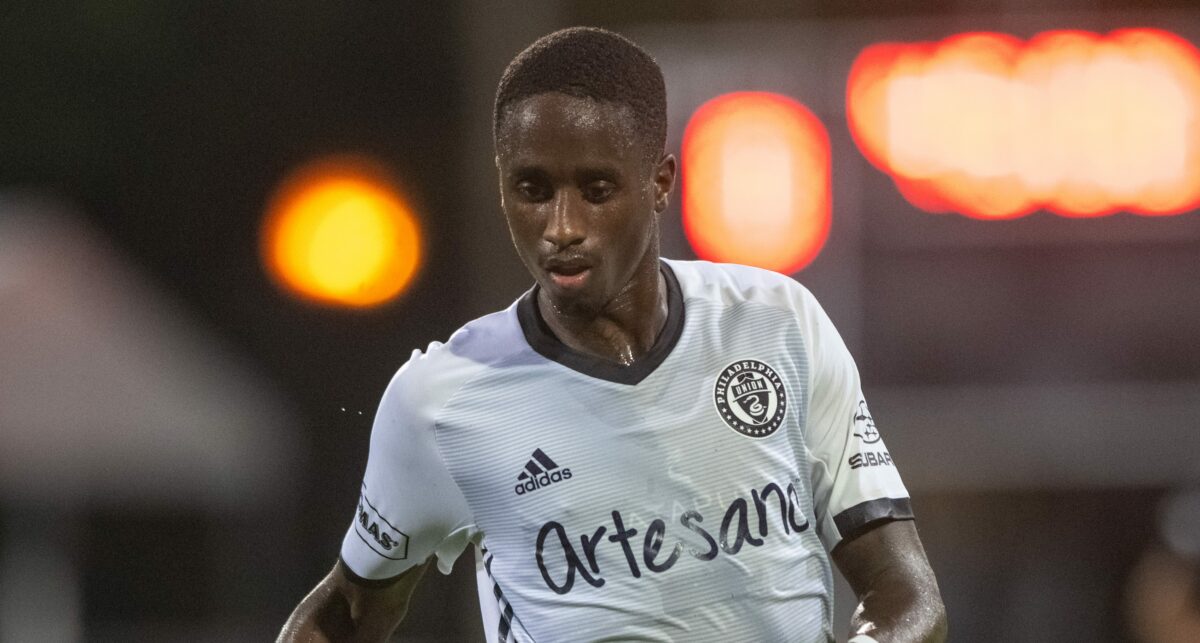 The Philadelphia Union weren’t dominant against the New England Revolution on Saturday night, but put in a professional overall performance to advance into the quarterfinals of the MLS is Back Tournament.

A 1-0 win over Bruce Arena’s side extended the Union’s current unbeaten run to five matches in all competitions. Sergio Santos’ second-half finish combined with a strong performance from several Union players was all Jim Curtin’s side needed to remain alive in the competition.

“Overall it was a very professional performance from the group,” Curtin said.  “You don’t get that many elimination games outside of MLS Cup or the U.S. Open Cup, so to have another opportunity of that for our young players is good. Andre made some saves for us again, which is always necessary against a good team like New England.”

“I thought the play of our outside backs was terrific, whether it was making a key block, tackle or clearance. It’s a position where we sometimes feel they have to be strong so I can single them out after tonight’s performance. Our centerbacks have been good, our midfield is starting to click more, but we can still probably look to do more with our final ball and getting more shots on goal.”

The Union showed in its three group stage matches that they could grind out wins despite not bagging bunches of goals. That proved to be the same on Saturday night with the Union backline shutting down the Revs attack. Playmaking midfielder Gustavo Bou was held in check for most of the evening while forward Adam Buksa failed to register a shot on goal.

Andre Blake made five saves in the match, but was truly only troubled once in each half. The return of Jose Martinez in the Union midfield added some needed physicality, but it was Jamiro Monteiro’s playmaking ability which led to the only goal of the game. His chipped ball over the Revs backline allowed Santos to race onto it before sliding a shot past Matt Turner for his third-career goal against New England. Monteiro admitted he is always looking for more and more space to create chances for himself and his teammates.

“We are looking for that space every minute, Santos is a player that likes to run and find that space at the right moment,” Monteiro said. “We found the moment for that goal, I made the chip and he put away a good goal.”

“In the second-half you are getting more space because the opponents are trying to score. I think when I get more space I can be more dangerous on the field. Similar to the defensive side of things, I think I am a good pressing player and we try to do that to win the ball back quickly.”

After taking the lead, the Union aimed to shut down the Revolution for the final 25+ minutes of the match. Led by defenders Jack Elliott and Mark McKenzie, the Union cleared every opportunity the Revs attack brought and finished the performance in Orlando.

A three-time finalist in the U.S. Open Cup, the Union will now gear up for a quarterfinals clash with either Sporting KC or the Vancouver Whitecaps. The club remains unbeaten in the tournament with three different wins under their belts against Eastern Conference competition. Now the goal will be to continue the fight that has gotten them in the knockout stage in the first place.

“I think everyone’s excited for the quarterfinals,” defender Jack Elliott said. “You can see we’re playing well together and fighting for everything. I think there’s moments where we can be cleaner in these games, and obviously there’ s some other factors to do with that. But at the end of the day, the fight within the team is always there, and I think at this point in the tournament, with the conditions we’re facing, that’s a pretty important factor to winning games here.”