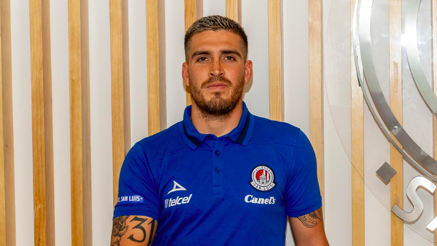 Ventura Alvarado has switched clubs, but will be remaining in Liga MX.

Atletico San Luis announced the signing of Alvarado on Friday, bringing an experienced centerback to the squad. Alvarado signed a three-year contract with the Mexican top flight side, joining from fellow Liga MX side Necaxa.

The 27-year-old is reunited with former manager Guillermo Vasquez, who was his head coach at Necaxa in 2019. Atletico San Luis earned promotion to Liga MX last year and will be pushing for a lengthy stay in the top division.

Alvarado has played his entire domestic career in Mexico, featuring for Necaxa, Club America, and Santos Laguna. In total, he has made 173 professional appearances between the three clubs, scoring seven goals and adding one assist.

During his time with Necaxa, Alvarado became a key member of the team’s defensive unit, appearing in 92 competitive matches and scoring three goals. He made five appearances in the Liga MX Apertura earlier in 2020 before the  Liga MX season was halted due to the COVID-19 pandemic.

The Arizona native has also earned 13 caps with the U.S. Men’s National Team, last appearing in 2015. Alvarado becomes the third summer acquisition by San Luis, which began its Clausura season schedule with a 1-1 draw on Monday against FC Juarez.