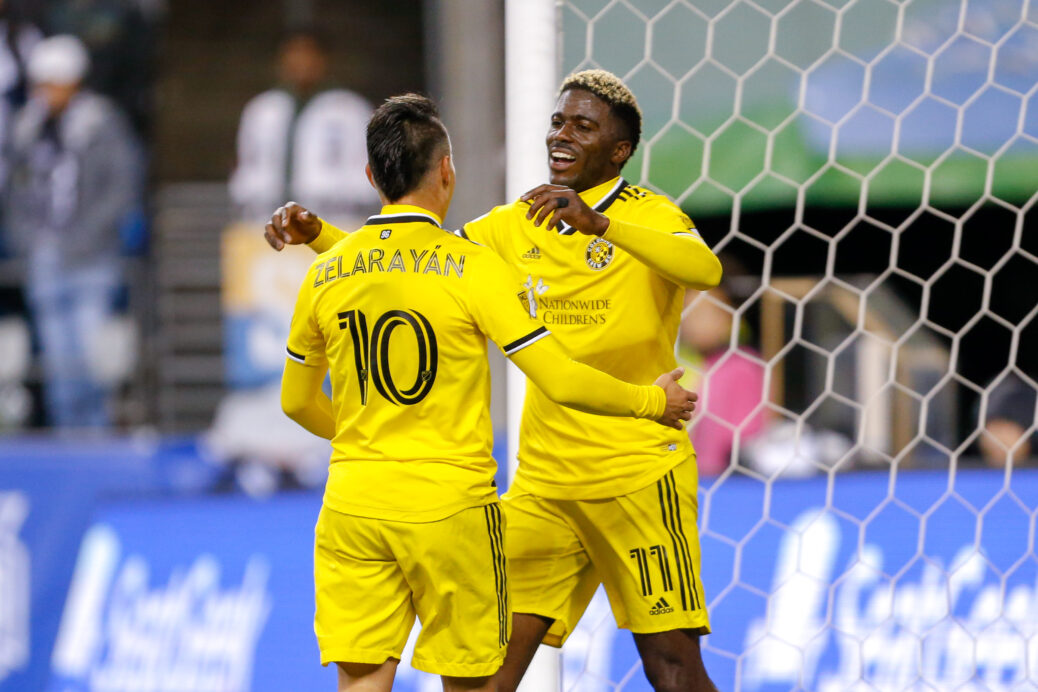 Columbus Crew boss Caleb Porter not so subtly made his midfield a major talking point in the run-up to what was supposed to be MLS’ 25th regular season, and for good reason.

The team’s 4-0 drubbing of Hell is Real rival FC Cincinnati on Saturday is the latest example of the Crew’s status as an Eastern Conference heavyweight, and it is a continuation of its positive form prior to the COVID-19 shutdown.

“It’s key in the vision that I have for my teams,” Porter said after Saturday’s match. “It’s not just my vision, it’s the club’s vision as well. You need the right balance in that midfield triangle, and we’ve got that.”

The attacking end of the field has been an ongoing project.

Absent on Saturday but perennial starter Pedro Santos was the first, late 2019 addition Luis Diaz came second, and now 2020 newcomer Lucas Zelarayán looks to be the one to complete the puzzle.

So far, so good. The club-record spend, rumored to be in the neighborhood of $7 million, already has two goals and two assists to his name through three MLS competitions. Looking forward, Satruday showed a glimpse of the Argentine being able to solve a crucial issue for the Crew: Being the playmaker Gyasi Zardes needs in order to thrive.

“Every time that I receive the ball, I’m always looking for him,” Zelarayán said in Spanish.

“Ever since I arrived at the team, I knew this would be an important part. He’s the goalscorer of the team, and my function is to assist him. We’ve been working hard in the trainings. It’s very important to be together,”

Best evidenced by the run to put Columbus up 3-0 just after halftime, the two have a potent connection that could help lift Zardes into the elusive 20-plus goal season.

“I’m obviously highly motivated to keep working hard,” Zardes said. “You see the strikers in the league are starting to get plus-20, so I think it’s very important as a striker to set your goal for that,”

Collecting 19 and 13 goals in 2018 and 2019 respectively, Zardes’ repeated double-digit scoring seasons is new territory. His 16-goal 2014 season at LA Galaxy is the only other where the feat was accomplished in his eight years in the league.

“Like coach (Porter) said, as long as I’m getting service, I should finish the play. So I’m just gonna keep working hard like I always do and strive to do that and get multiple goals,”

Saturday’s brace saw the 28-year-old register his third goal in as many games, and sets up nicely to carry on his double-digit ways for a third consecutive season.

“The players win games, and these two guys on my right and left, (Zardes, Zelarayán, they were exceptional today, and it wasn’t a surprise, they both have quality,” Porter said.

“They haven’t played together that long, but it was nice to see the understanding with your nine and 10 which is something that’s so important.”

The offensive outburst gives Crew fans plenty to be excited about, and the +4 goal differential could afford Porter and company a little bit of cushion in the group stage, but its next match will be important in regards to earning the security.

Putting its unbeaten in 2020 record on the line, Columbus is set to face New York Red Bulls on Thursday, the other winner in the opening round of Group E. A multi-goal win could go a long way in giving Porter and company some early peace of mind.