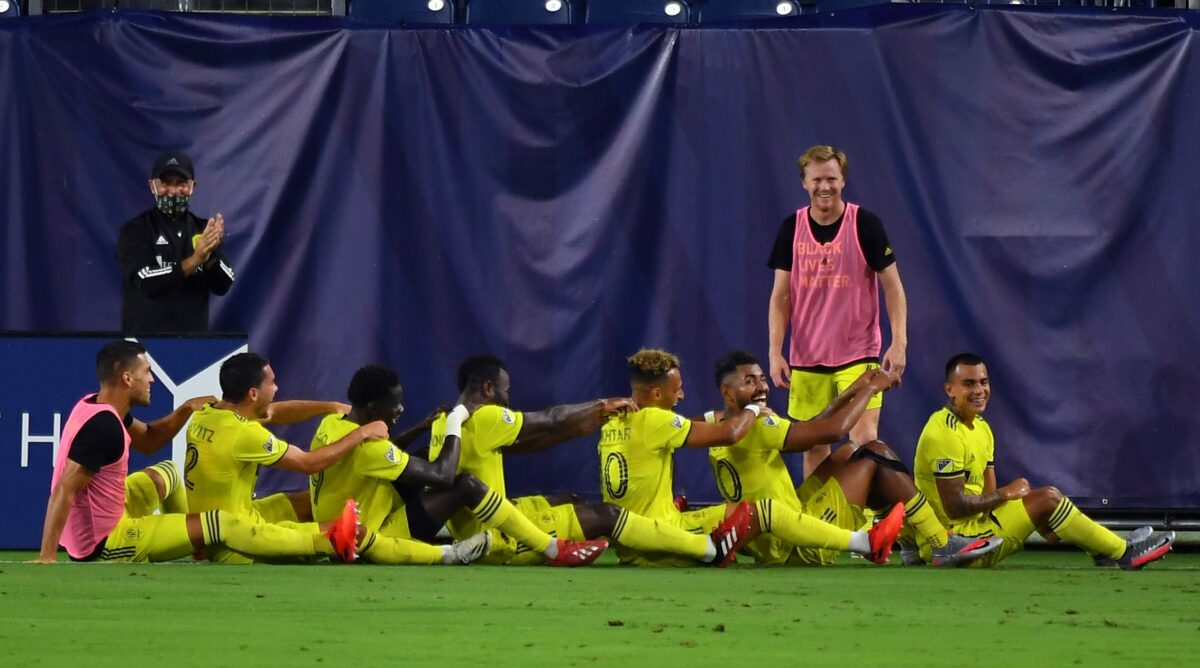 There may have been no fans in the stands, but Nashville SC enjoyed a nice return home all the same.

A second-half goal from Anibal Godoy was enough for Nashville SC to top Inter Miami, 1-0, on Sunday night in the first battle between the expansion sides. Godoy struck in the 53rd minute of the match at Nissan Stadium in Nashville, Tennessee, pouncing on a poor clearance and sending a high shot home.

Godoy provided the decisive tally eight minutes after the break, smacking a rising effort into the back of the net after an awkward touch from Inter Miami centerback Andres Reyes allowed the ball to trickle to the top of the box.

Hany Mukhtar could have doubled the lead with a 74th-minute penalty after Matias Pellegrini was questionably whistled for a foul in the box. The Nashville SC attacker fired the ball off the crossbar, however.

Inter Miami thought it should have won a spot kick of its own earlier in the match. Pellegrini took a shot from inside the penalty area in the 38th minute that was blocked by the outstretched arm of Walker Zimmerman, but no call was made.

Earlier in the game, Nashville SC had a goal disallowed after Alex Muyl headed in a cross from close range. VAR determined Muyl had pushed Reyes in the lead-up, resulting in the tally getting waved off.

Anibal Godoy. His impressive goal served as the winner, but he also helped Nashville SC boss the center of the park during the game’s opening half hour and for much of his 61 minutes on the field.

Punishing a Mistake: Andres Reyes’ awkward kneed clearance in the 53rd minute left the ball rolling at the top of the penalty area, and Godoy made no mistake on his ensuing effort to make the difference for Nashville SC.

Matias Pellegrini. The Inter Miami youngster just did not have it on the night, providing almost nothing in the attack and running around aimlessly on the defensive side without ever really helping to win the ball.