Attacking depth, well timed subs lead the Timbers into MLS is Back semifinals 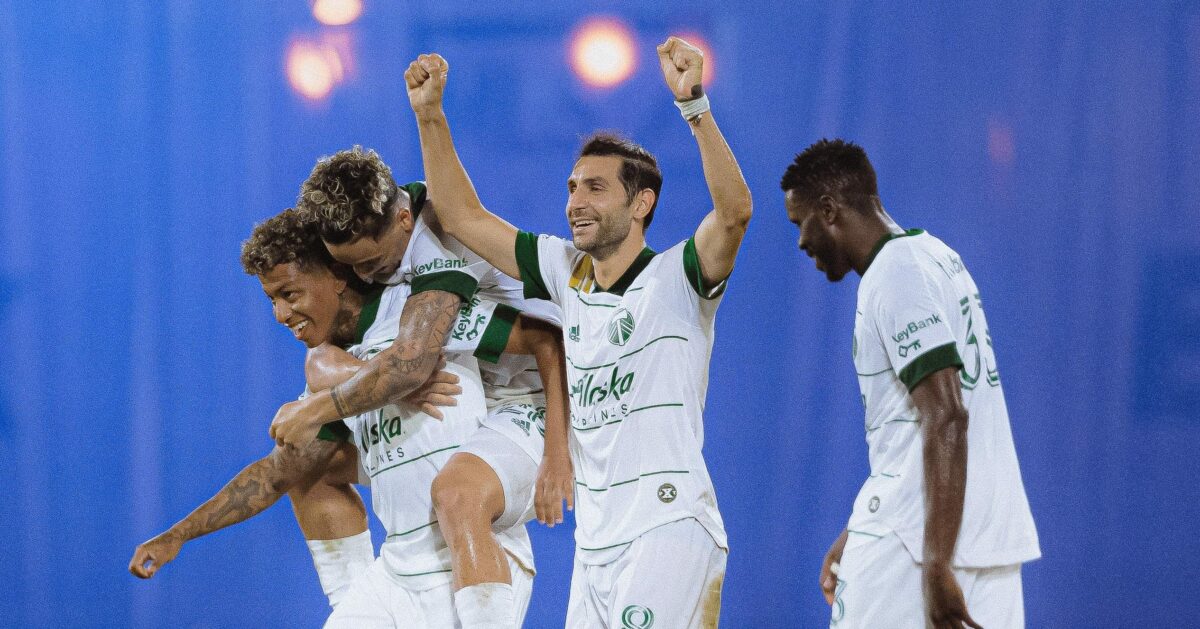 The Portland Timbers are through to the semifinals of the MLS is Back Tournament and they have had to navigate some difficult scheduling challenges to get there.

Head coach Giovanni Savarese took a gamble before Saturday night’s 3-1 win over New York City FC. With only three days rest following a gruelling penalty shootout victory over FC Cincinnati, he needed to manage the workload of his star players. Diego Valeri was left out of the starting lineup, which had historically been a bad sign for Portland,

But Savarese had a plan, and that plan worked out better than he could have hoped. Valeri popped on as a halftime sub and scored the go-ahead goal in the 65th minute. Andy Polo entered the game ten minutes later and took a minute and 11 seconds to score just his second goal with the Timbers to basically put the game away.

“Everyone played a very important role in the game today,” Savarese said afterwards. “Everybody had exactly something that they needed to do in this game.”

The lack of rest was a problem already, but coupled with New York City FC having three extra days off before this one made Portland’s depth on the bench all that more important.

“Only three days from last match, so we had to be smart in the way we went about this match.” said Savarese. “Everyone really contributed to make sure that we got a great win. Diego came right there at halftime. It was something that we planned. He came in and did an unbelievable job. He was fresh, was able to find good pockets, created opportunities and was fantastic, like [Andy] Polo, like all the players today played at top level.”

One of the biggest knocks on the Timbers last season was their lack of depth, particularly up front. To that end, Savarese and General Manager Gavin Wilkinson made sure to go out and sign talented attacking players that would be equally valuable in a starting role and coming in off the bench.

Yimmi Chara and Andy Polo form an effective platoon on the right wing. Jeremy Ebobisse and Jaroslaw Niezgoda have done the same for the striker position. Even players that had been around for last season like Marvin Loria and Felipe Mora have stepped up to allow the team to afford to give stars like Valeri a night off to keep them fresh.

“That’s what we have,” Savarese said of his depth. “We could have come into this match and complained and said ‘we have less days, we’re tired, we have players that haven’t rested enough.’ But it’s about figuring things out and the players coming and showing up.”

Such an array of starting lineup quality players isn’t as much of a selection headache as it may seem. Savarese would rather see it as flexibility in his lineup with an ability to create a solid substitution plan or two that can help make managing any game situation easier.

“At the end of the day, all that you planned only works when at the end you get a win,” Savarese said. “Today we were able to execute well and we saw that the guys all participated in a good way to help each other to go through this difficult match. We had to do it this way because we have less days to train, to rest. Now we’re going to have also less days. We have to figure it out, but the heart of the guys, the way they’re going about it has been fantastic.”

The Timbers take on the Philadelphia Union in Wednesday night’s semifinal facing a similar situation in terms of match congestion. They only have three days to rest and recuperate and will be facing a team that’s been sitting in their hotel rooms for an extra two days. If tonight’s match is any indication, that shouldn’t be a factor.

They are also the only team remaining that’s won a major trophy before, so that experience could lead them forward as well. The experience will be valuable, but not the determining factor of how the rest of this tournament shakes out.

“I think most important is not what happened in the past, but what is coming in the future,” Savarese said as he looked forward to the semifinal. “We have to be ready for this match and we have to be ready for what is going on right now. Thank god, we came to this semifinal after great work from the guys. It’s been complicated. Certainly they have experience and the way they train.”

“I’m very proud of them as a coach. They make me feel very proud and also, that experience they have collected throughout the years, players like [Sebastián] Blanco, [Diego] Valeri, like [Diego] Chara, and all of them, we have seen a great equilibrium in them and we strongly hope they continue this trend because Philadelphia’s going to be a very difficult team.”