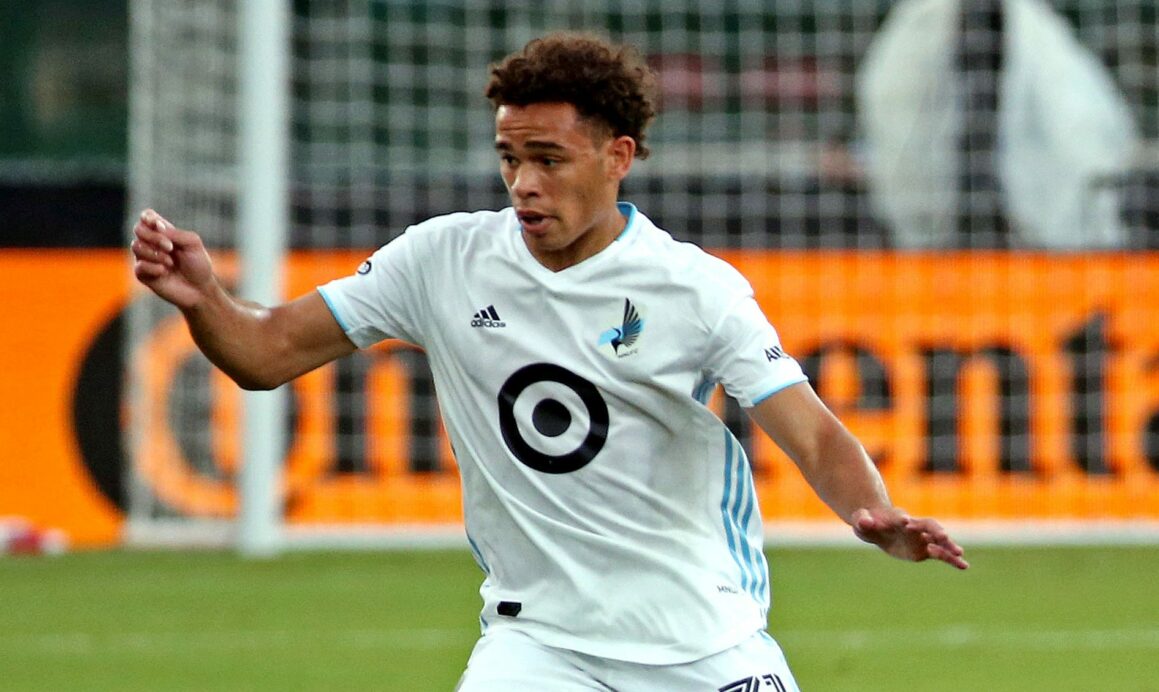 Minnesota United was without there key starters for Saturday night’s MLS is Back quarterfinal matchup with the San Jose Earthquakes, but it didn’t stop them from rolling past its Western Conference opponents.

Excelling at the right back position in a 4-1 victory was second-year player Hassani Dotson, who filled in for consistent starter Romain Metanire. Dotson looked like a true veteran in his 90-minute performance, helping shut down a dynamic Quakes offense that came into the match on good form.

The versatile midfielder/defender made the most of his latest start in Adrian Heath’s side and showed his head coach he can play wherever needed going forward.

“He [Hassani Dotson] just took over from where Romain [Metanire] plays,” head coach Adrian Heath said. “The one thing about Hassani is, he’s probably… I’ve said it in numerous occasions. He’s got a good feel for the game. You can play him in two or three positions.”

“And I had no qualms in putting him at right back today. I knew that he would get tight to Vako and not give him much room. And then, go and play. The kid has got a good future. He can play a few positions for us. So, no. It doesn’t surprise me. And I thought he was outstanding.”

Filling in for Metanire is no easy task, but Dotson did an exceptional job against the Quakes playmakers. Between the front four of Magnus Eriksson, Andres Rios, Vako, and Cristian Espinoza, Dotson and the rest of Minnesota’s backline held them to three shots on goal, none truly testing goalkeeper Tyler Miller.

Not only was Dotson able to be impactful on the defensive side of the field, but he was a threat on the right flank in attack. His cross eventually led to the opening goal of the match by Robin Lod, before registering an assist on Marlon Hairston’s insurance goal in the 86th minute.

It was an all-around strong performance from the 22-year-old who looks to have a bright future in MLS.

“I’m just excited I got the opportunity to play again,” Dotson said. “I’ve been watching Romain [Metanire], he sets a great example and the coaching staff laid out a good plan for us, and we played San Jose three times over the last year, so I just watched a few games back of them and just tried to play the best I could.”

“Hassani [Dotson] did what we expect of him,” Heath said. “The kid is a good player. Very difficult to play against. He’s very stubborn, he’s quick, he’s athletic. And he doesn’t give people the time. He takes that individual battle personally. Him against the wide guy. Tonight, as I said to him, he’s completely dominated a really good player. And, not only defensively, then he started to give us something going forward as well.”

After a strong rookie season in 2019, Dotson has looked to continue blossoming into one of the top young players in MLS. He totaled 29 appearances in all competitions last season and since has continued to rack up minutes whether it be in the Loons midfield or backline.

Whether he plays in midfield or at either fullback position, Dotson has shown the ability to learn and put in a top effort regardless. His impressive rise has not only caught the eye of others throughout MLS, but also U.S. Soccer where he’s started to get opportunities with the Under-23 Men’s National Team.

“Yeah, for me, I love this game and I just want to get on the field as much as possible and if that means in multiple positions, I’m open for it. Some differences that I had, today it’s more of longer distance running and then it’s obviously I have to go up against opponent wingers that are very good on the dribble.”

“So it’s just a different mindset. Obviously you’re looking at the game 180 instead of 360, but in training, I train in both positions just in case or I stay after with a group of guys just to be prepared best as possible for whatever my role is given the game.”

Dotson and his Minnesota United teammates now prepare for a semifinal showdown with Heath’s former employers Orlando City on Aug. 4th. Like the Loons, the Lions have rolled into the semifinals confidently, defeating some top teams along the way (LAFC, NYCFC). For the young defender, the goal of remaining unbeaten and competitive remains the same no matter who is lining up across from them.

“We’re all competitors here,” Dotson said. “We didn’t just get here just off of talent alone. We all want to win every game that we can, even if that goes to simple games when we play ping-pong and all that, we want to play every game we can and we are looking forward to the next round.”