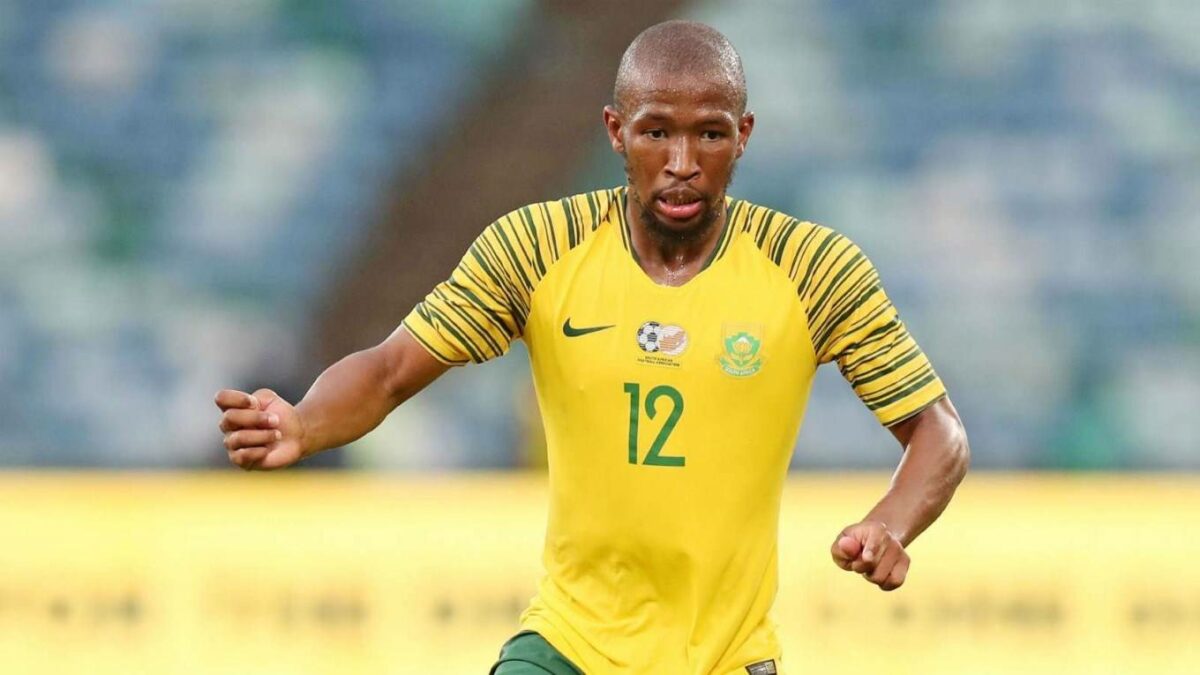 After revamping nearly an entire roster in the offseason only to be tasked with making a head coaching hire amid a global shutdown, FC Cincinnati GM Gerard Nijkamp will likely remain a busy man before the current transfer window expires on October 29th.

To Nijkamp’s relief, newly installed head coach Jaap Stam is credited with a positive showing apart from a rough welcome in the MLS is Back tournament.

Now 32 days removed from Stam’s first game in charge, Nijkamp is working the market to help set his coach up for success.

His latest find was announced this week in the form of 29-year-old Kamohelo Mokotjo, a defensive midfielder who comes to Cincinnati on a free transfer.

Mokotjo, who has earned 13 caps with the South African National Team, made 25 starts in EFL Championship side Brentford’s most recent campaign that nearly resulted in Premier League Promotion.

“We are pleased to add a player in Kamo who will be a strong fit for what we are looking to do,” Nijkamp said.

“He is an intelligent player that will be an asset for our club on both sides of the pitch. We look forward to welcoming Kamo to Cincinnati and having him integrate within our locker room.”

Beyond Mokotjo’s international and English experience, and like so many others who have been sought after by Nijkamp, he spent nearly eight years in the Dutch ranks appearing for PEC Zwolle, Feyenoord, and Twente.

He will join the team once a visa and international transfer certificate have been received.

Here are some other recent FC Cincinnati notes ahead of Friday’s date with D.C. United.

In all, Manneh collected four goals and three assists in 29 appearances during his Cincinnati tenure.

The team also parted ways with Fatai Alashe, who was a member of the 2019 inaugural MLS season as well as the team’s 2018 USL campaign. He joins upstate rival Columbus Crew, who gave a 2021 draft pick along with possible performance incentives.

Alashe joins Fanendo Adi and Derrick Etienne Jr as the latest Cincinnati departures to made their next stop in Columbus.

An evergreen item of slight concern for FC Cincinnati fans has been the health of league newcomer and designated player Jürgen Locadia, who has only started one game in the combined MLS is Back and regular-season competitions of the 2020 campaign.

When Stam spoke with media earlier in the week, he made it seem as though the 26-year-old Dutchman is primed to suit up on Friday.

While recovering from an injury, Locadia scored a penalty against the Portland Timbers in substitution during Cincinnati’s go-home match of the MLS is Back tournament.

On the injury note, goalkeeper Spencer Richey is listed as out and midfielder Jimmy McLaughlin is questionable for Friday’s match.

Looking ahead to Friday’s matchup, it is worth mentioning that the last time Cincinnati squared off with D.C. United, it was the final game of FCC’s woeful maiden voyage in the league last season and it resulted in high drama.

Two red cards were accumulated in the first half, the team held onto a scoreless draw that deprived D.C. of a playoff berth, and Cincinnati went on to celebrate the performance as if it was advancing to the playoffs.

“It’s that hot sauce that sometimes you have to put on there to make it interesting,” Waston said. “If they’re still remembering that, I know they’re going to try to come and perform good and try to win on us.”

Late on Thursday evening, a report from Argentine site TYC Sports indicates FC Cincinnati has been in contact with Vélez Sarsfield regarding 20-year-old winger Álvaro Barreal.

The report states that a fee of $1.7 million has been discussed.

Barreal has made eight appearances to date for Sarsfield’s first team since debuting in 2018. He’s also scored two goals in five appearances for Argentina’s Under-20 Men’s National Team.

He would be a needed boost in attack for FC Cincy.