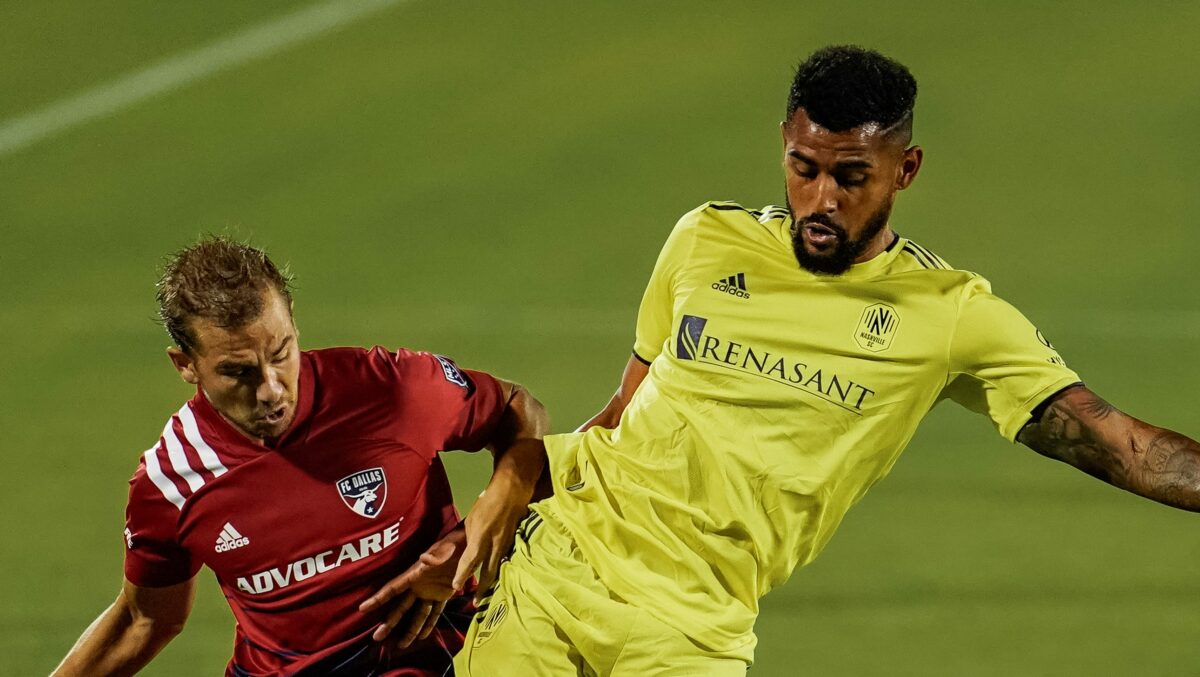 Kickoff for the second game in five days was delayed by about three-and-a-half hours, but that still did not stop Nashville SC from once again taking points off of FC Dallas.

Nashville SC collected its fourth point from two games vs. FC Dallas after sharing the spoils in a scoreless stalemate at Toyota Stadium in Frisco, Texas, on Sunday night. The game marked a rematch of the 1-0 affair that Nashville SC won on Wednesday to claim its first-ever victory, but fans in attendance had to wait late into the night for the action to begin due to heavy thunderstorms.

The expansion side created a number of decent looks that could have led to another win in Sunday’s showdown, but FC Dallas goalkeeper Jimmy Maurer made seven saves to ensure the home team would not finish empty-handed again.

Former FC Dallas and current Nashville SC striker Dominque Badji had the game’s best chance in the 64th minute, hitting a left-footed shot on the turn from about 15 yards out. The ball stung off the far post to keep both sides level, however.

Jimmy Maurer. The FC Dallas goalkeeper did not have to come up with any real spectacular stops, but his seven saves were crucial in his side’s ability to get something from this one.

SO CLOSE: Dominique Badji nearly punished his former team with a game-winning goal shortly after the hour-mark, but unluckily for Nashville SC the shot clanked off the far post.

Franco Jara. His second appearance for FC Dallas was about as uneventful as his first. The Argentine attacker failed to make an impact on proceedings, heading wide on his only shot on the night before getting subbed off in the 73rd minute.