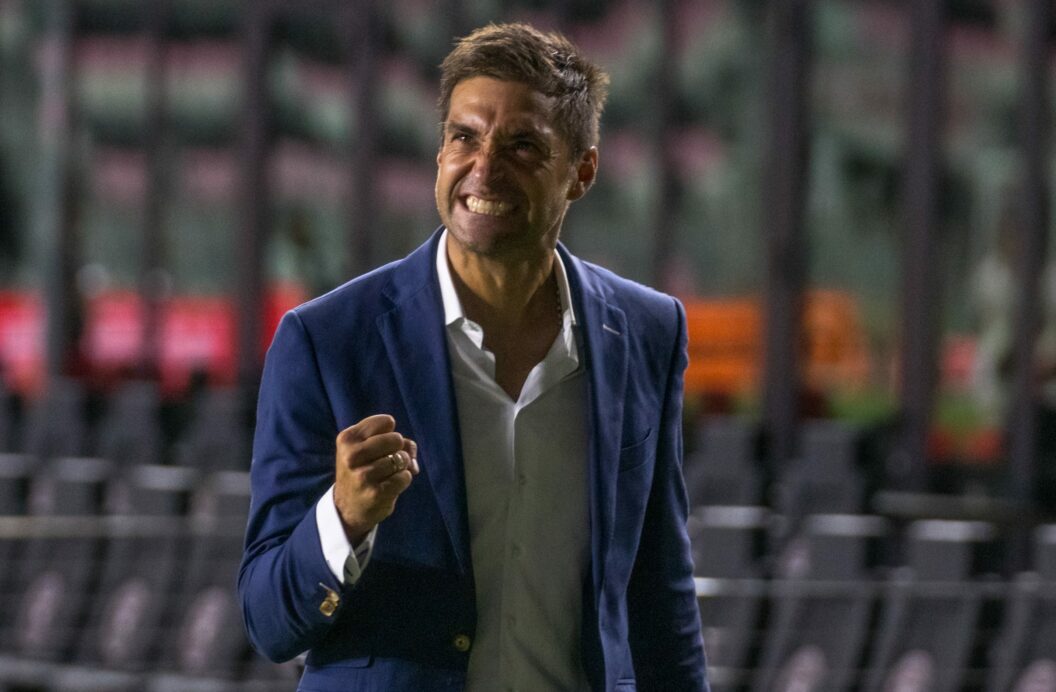 FORT LAUDERDALE, Fla. — This might have just been one of many regular season games still to go, but you could see just how much it meant to Inter Miami as the final whistle blew.

Disappointed and frustrated for much of the year after suffering through an 0-5 start, Inter Miami players and staff collectively exhaled with excitement and joy after finally picking up the first win in team history on Saturday night.

“It was huge for us,” said head coach Diego Alonso, who let out a roar and raised two exuberant fists when the game went final. “The pandemic led to the suspension of the league two days before we could debut at home with our fans (in March). We had to wait for this a very, very long time, and without a doubt it’s a disadvantage not being able to play on your field.

Inter Miami players walk to the northeast corner of the field to salute and thank La Familia, which is still behind the fenced entrance, for its support.#InterMiamiCF pic.twitter.com/7TtvONdbOL

Inter Miami was unable to play this home game with fans in attendance due to ongoing COVID-19 concerns, though hundreds of supporters still gathered outside the mostly-empty stadium to root the team on.

How much all of that influenced proceedings is unclear. Regardless, Inter Miami delivered its most complete performance to date.

Players seemed to have a better understanding between each other on both sides of the ball and looked far more cohesive as a unit. Their display was not flawless, but it was progress — a likely result of the extended period of time they had together to work on things following their dismal display in and early exit from the MLS is Back Tournament a month ago.

“I think the (last) four weeks served us extremely well,” said midfielder Wil Trapp. “We had time to decompress after MLS is Back and reorganize ourselves. I think most importantly we were able to play games, albeit they were games against ourselves, but we got to play in the stadium. We got to make it feel real.

“Ultimately with a new club and new players, playing games is the most important you can do because you need to build chemistry. I think you saw the fruits a little bit of our labor of being more together as a group.”

The collective showing may have helped Inter Miami pick up a historic three points, but so too did some individual performances. Young striker Julian Carranza opened his MLS account with a first-half brace, and Designated Player Rodolfo Pizarro delivered an assist before scoring the winner in the 49th minute via a clinical finish.

The build up, the finish, the celebration.

Inter Miami still had to grind out the win after letting Nani strike late, but Alonso’s group did just that before exploding into scenes of joy when the ball stopped rolling.

“It’s been a pleasure to be able to make history with this club,” said Alonso. “To play the home opener and win it will be something that’s remembered forever. It makes us happy that it happened this way and it makes us happy to make the people happy.”

You probably cannot blame Alonso and Inter Miami for feeling so good on Saturday. After all, the start to 2020 has been anything but easy for them.

That said, they will not be able to savor the historic victory for long. A home game against Atlanta United is on the itinerary for Wednesday, and a quick change in focus will be needed in order to pick up another three points.

The good news for Inter Miami, however, is that it will head into that game with renewed life after finally getting in the win column.

“For us,” said Trapp, “this is a huge confidence-boost.”