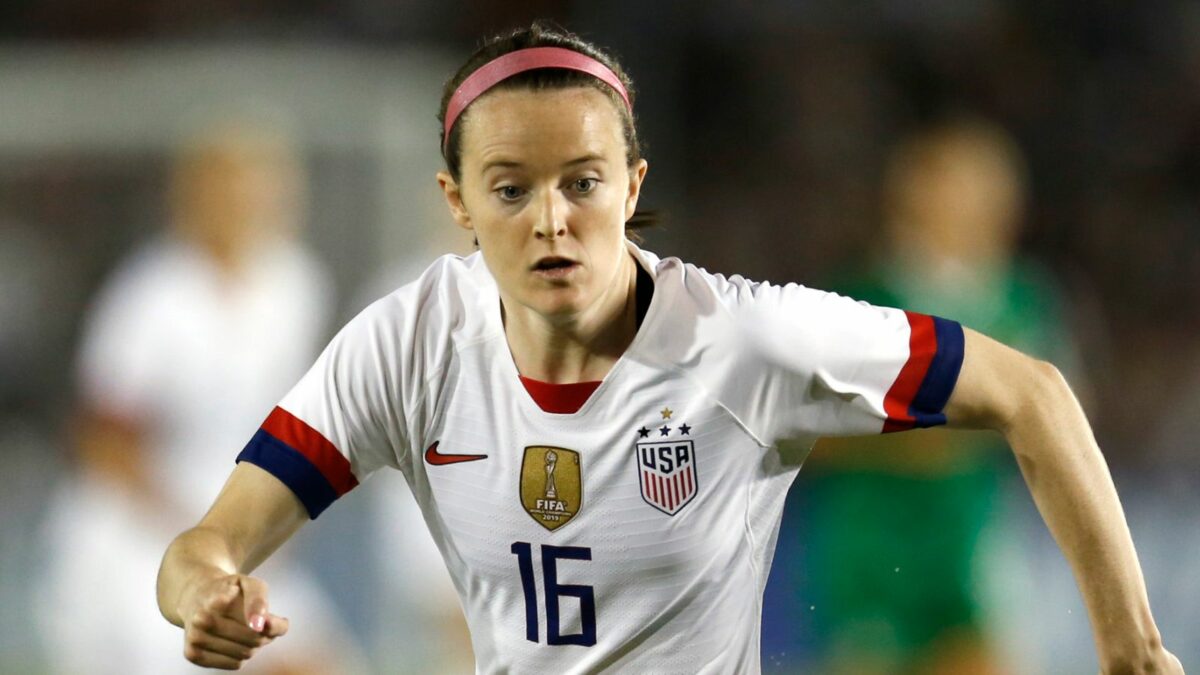 The club confirmed the signing on Tuesday after Lavelle was linked to a move abroad on Sunday. Lavelle was acquired by NWSL side OL Reign, but immediately agreed to play outside of the league starting this upcoming season.

“I’m so excited to join Manchester City and I can’t wait to play alongside some really talented players,” Lavelle said in a club interview.

“I’m looking forward to the opportunity of playing in England and competing in the Champions League. After talking with Gareth [Taylor] about the team and how he saw me fitting in, it seemed like a great environment that would really push and develop me as a player.”

Lavelle joins up with USWNT teammate Samantha Mewis, whom also joined the Citizens earlier this summer. The duo are the latest acquisitions by the club, joining England forward Chloe Kelly.

The Cincinnati native spent the last three seasons with the Washington Spirit, where she made 21 appearances across all competitions. Lavelle helped the Spirit reach the NWSL Challenge Cup quarterfinals, scoring a goal in a 2-1 win over the Chicago Red Stars back in late June.

Lavelle, 25, has become a regular player for the USWNT since making her debut back in 2017 under then-head coach Jill Ellis. She won the Bronze Ball at the 2019 FIFA Women’s World Cup, scoring three goals in six appearances. In total, Lavelle has scored 12 goals and added seven assists in 45 career appearances for the USWNT.

“I’ve heard amazing things about the Club and it just felt like a really good fit overall,” Lavelle said. “I want to challenge myself and feel that Manchester City is the perfect environment to do so and hopefully, I’ll find some success along the way.”

Both players will be featuring under a new head coach in Manchester as Gareth Taylor takes over for Alan Mahon. Manchester City was second in the FA Women’s Soccer League before the COVID-19 pandemic halted the campaign.

They open the new season against newly-promoted Aston Villa on the weekend of Sept. 5th-6th.