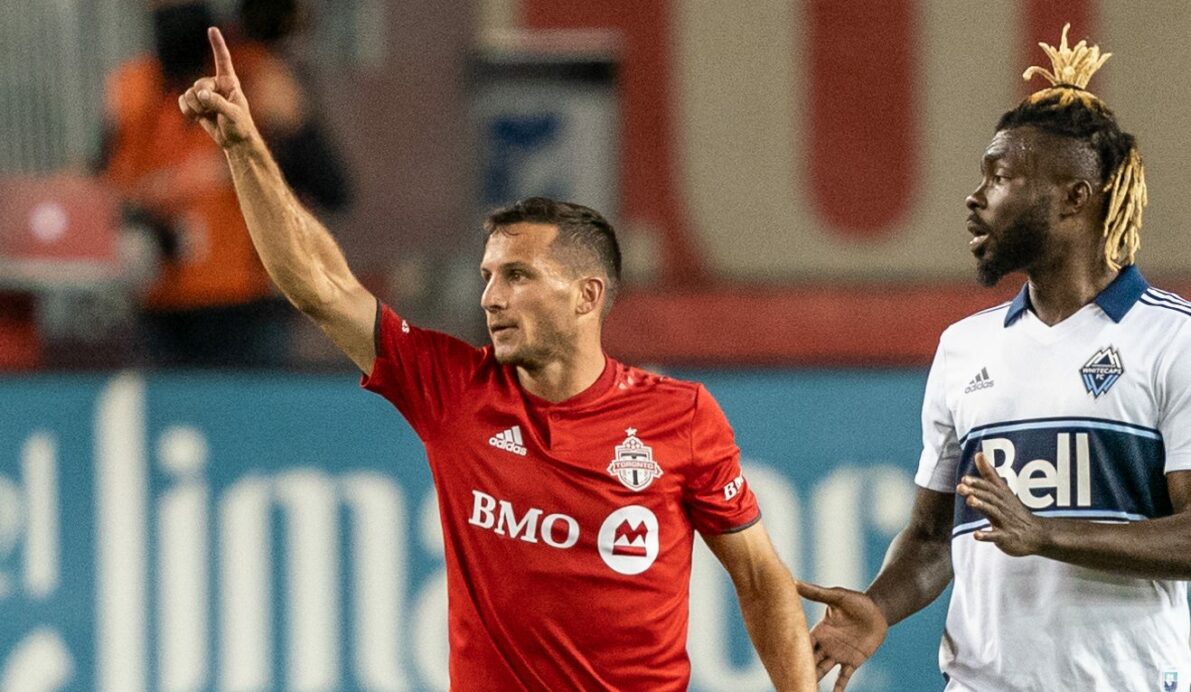 Toronto FC restarted its season in about as good a fashion as the team could have hoped for.

Thanks in part to the stellar performance of Pablo Piatti and an overall dominant team display.

Two goals from Piatti helped pave the way for Toronto FC in a convincing 3-0 win over the Vancouver Whitecaps at BMO Field on Tuesday night. Piatti bagged his brace with tallies on each side of halftime, including the superb game-winner from distance in the 27th minute.

Decent way to make your BMO Field debut that is 🚀#TORvVAN | #TFCLive pic.twitter.com/XnrHqPLzrj

The victory came in the Canadian teams’ first match following the recently-concluded MLS is Back Tournament, and moved Toronto FC into second place in the Eastern Conference with 12 points. The triumph also extended Toronto FC’s league unbeaten run to 16 games dating back to last year.

Piatti got the fun started for Toronto FC before the half-hour mark, collecting the ball from approximately 30 yards out and unleashing a ferocious blast that rose the entire way before hitting the back of the net.

The lead was doubled in the 55th minute when Piatti tucked a low effort insider the near post, and Nick DeLeon capped the scoring by burying a midrange take after a nice heel pass from Alejandro Pozuelo.

Conversely, the overmatched Whitecaps finished the game with under 25 percent possession and just one shot on target.

Pablo Piatti. The Toronto FC attacker entered the night having not scored a goal in 19 months, but you would have been hard-pressed to guess that judging by how well he took both of his tallies. His winner in the first half was highlight-reel worthy.

SPECTACULAR SHOT: Piatti’s golazo from distance in the 27th minute was not only a thing of beauty, but it also set the tone for a good day at the office for Toronto FC in its first match back at BMO Field.

Marc Dos Santos. It is not common a coach makes it on here, but clearly the Whitecaps manager did something very wrong in this one. His team not only generated just one chance on goal, but finished with 24.8 percent of possession. All in all, a hapless night for the Whitecaps that cannot be forgotten soon enough.