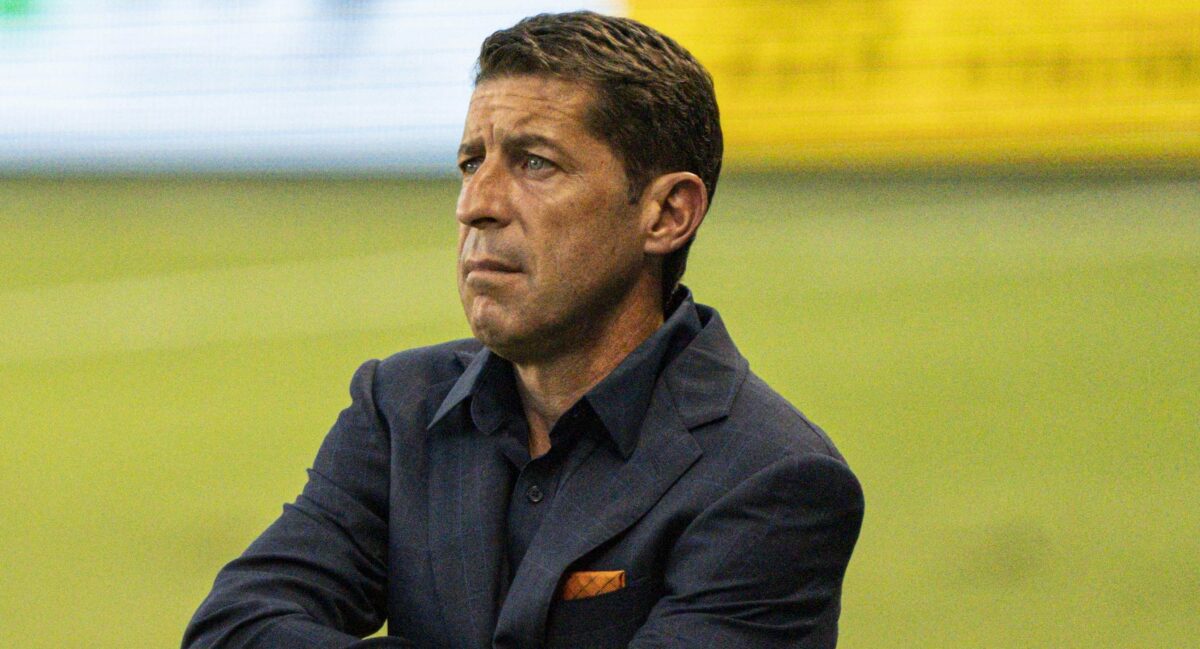 Tab Ramos probably didn’t expect he’d have to wait until August to celebrate his first MLS head coaching win, but the veteran coach finally got to savor that feeling on Tuesday night.

Ramos watched as his Houston Dynamo squad picked up its best result this season, trouncing Western Conference leaders Sporting KC 5-2 away from home. It was revenge for the Dynamo, who suffered a 4-0 drubbing at the hands of Peter Vermes’ side back in March and a result that Ramos expected would come soon enough.

“It feels really good, I’m happy the team once again made a great effort,” Ramos said in his post-match interview. “But I have to say, this one was coming, this one didn’t happen today. Unfortunately, we had not been getting the results, but I know its been coming.”

“I was confident in the team, but I wasn’t in a place where I could talk about it. I can only say so many times ‘hey, I really like what we’re doing, I like the team, we’re going in the right direction’. I can truly say it now, but we should have won the last three games we’ve played. Unfortunately for one reason or another, a call or whatever, we didn’t get the win. That’s why I say today’s victory didn’t happen today, it’s been brewing.”

After a lackluster scoreless draw in Dallas four days prior, the Dynamo looked like a different team at Children’s Mercy Park. Four Dynamo forwards all got on the scoresheet, with Darwin Quintero’s second-half brace in a four-minute span put the final nail in any SKC comeback.

Quintero also contributed two assists, while fellow goal scorers Alberth Elis, Christian Ramirez, and Niko Hansen also scored and added an assist in their strong outings. Despite SKC’s best efforts, it couldn’t avoid a record-setting result for the Dynamo, whom set a new club record for the most goals scored in an away match.

It was also a strong outing from Quintero, whom registered his first multi-goal performance for his new club. The Colombian joined the Dynamo in a trade last November and had recorded one goal and two assists to date coming into Tuesday’s match. Despite several talented attackers in the Dynamo’s attack, Quintero showed his continued value for the club in what could be a season-changing win.

“Darwin has been working really hard. He plays a position that is difficult where he has to make the difference in the games and today he made the difference,” Ramos said. “That’s what it’s about. Unfortunately sometimes even playing in those positions you have to sacrifice for the team and today he did that quite a bit. I’m really happy with his effort and obviously on top of that with his goals.”

The Dynamo jumped to ninth place in the West standings after the victory, ahead of Sept. 2nd’s home date with Minnesota United. With the Dynamo handing Ramos his first away win as head coach, the goal now will be to follow that up with his first victory at BBVA Compass Stadium in seven days time.