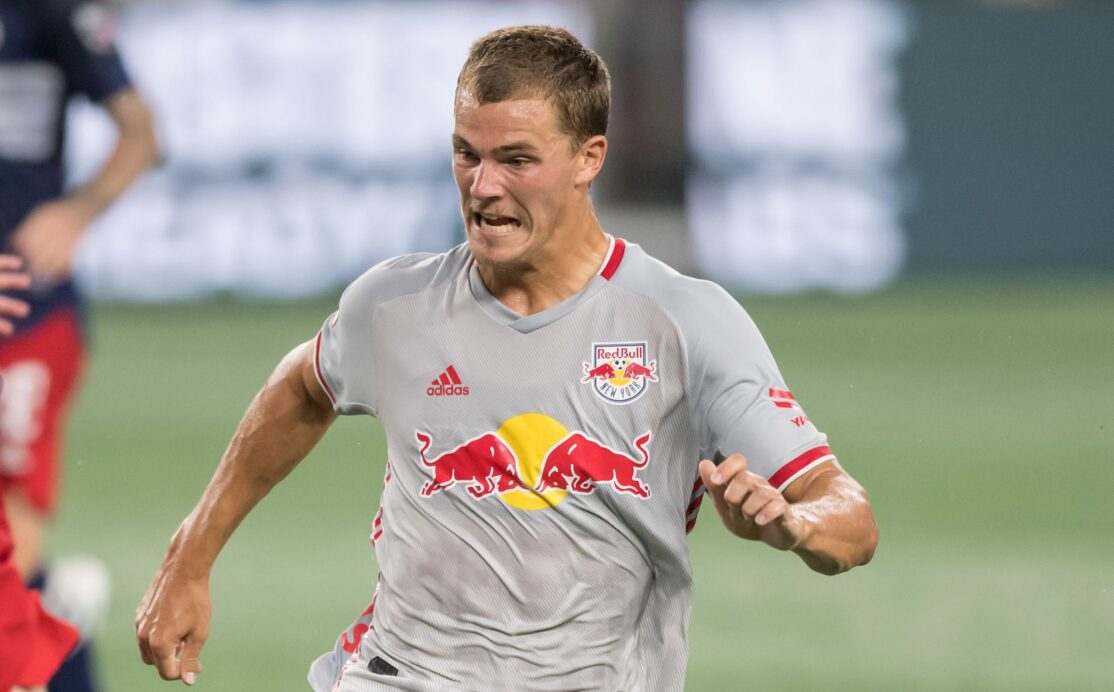 The New York Red Bulls added another point to their season haul with Saturday night’s 1-1 draw vs. the New England Revolution, but the stalemate once again raised questions about the Red Bulls’ attack.

Chris Armas’ side was unable to deliver a multi-goal game for the seventh consecutive match in 2020, finishing with just four shots on target in an uneven attacking display.

“I think it’s one of those things where we had lot of half-chances,” said Red Bulls goalkeeper Ryan Meara, “and we’ve got to start turning those into real chances and real dangerous moments where we can get some goals because it is hard. It’s definitely hard knowing that we can’t really give up too much at the back, but as a defense we’re up for the challenge.

“So many times over the years, the offense has bailed the defense out so right now maybe they’re going through a little rough patch, so it’s the defense’s time to stand up and help us stay in games.”

The Red Bulls may not have been overwhelmingly dangerous over the course of the 90 minutes at Gillette Stadium in Foxborough, Masachusetts, but they started the match in decent fashion.

Revolution goalkeeper Matt Turner was forced into two saves after just 17 minutes, and Omir Fernandez scored the opener for the Red Bulls with a clinical finish in the 35th.

The chances largely dried up after that, though. A Red Bulls attack that included Fernandez and Alejandro ‘Kaku’ Romero Gamarra struggled to turn their trademark press into clear opportunities on goal, resulting in too few opportunities the rest of the way.

“We are a young team,” said Armas. “Up the field if you just looked around — Ben Mines, Omir Fernandez, Tom Barlow, (Mathias Jorgensen), Kaku — it’s a very young team and it’s not so easy all the time. That’s the simple answer.”

Armas, who has the Red Bulls in fifth place in the Eastern Conference with a 3-3-2 record, gave more details as to why he thinks his team has been held to one goal or less in every match since a 3-2 victory over FC Cincinnati in the season opener back in March.

The third-year manager pointed to decision-making, stating that his young group of attackers is putting in the effort but still working on the last bit of sharpness that is needed to score more often.

“We can see that the best teams in the world understand that at a high level and that’s not so easy for us all the time.”

Even with those attacking inconsistencies, Armas and the Red Bulls were pleased with their overall performance. After all, it was enough to grab a point against a Revolution side that has proven tough to breakdown and lost just once this season.

Attacking improvement is needed, of course, but the Red Bulls did enough in the final third in this match to get a result.

“I think tonight we took a step in the right direction,” said Meara. “Obviously we would like to score the winning goal at the end. But at the end of the day, 1-1 up here, a tough place to play on the turf, I think we’ll take it.”