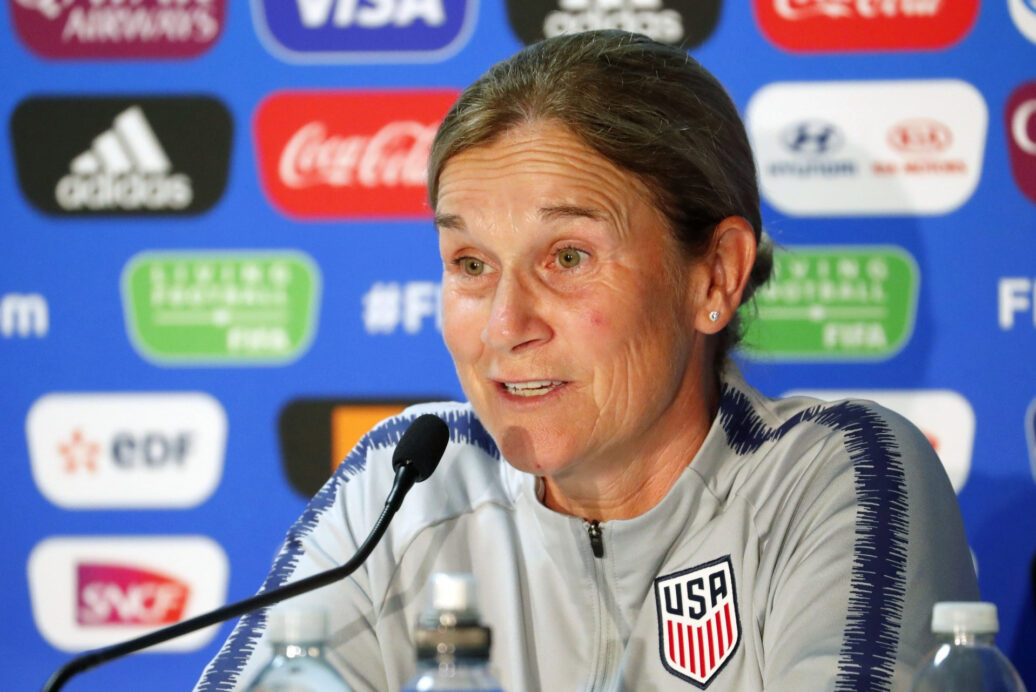 Former U.S. Women’s National Team head coach Jill Ellis has been linked with a move to take over for Phil Neville as boss of England, however talks between the two parties have reportedly stalled.

Ellis has been without a job since leaving the USWNT in July 2019 and due to her salary requests could wait even longer, Sky Sports reports. Due to the impact of COVID-19, the English FA has taken a financial hit this calendar year, playing into the issue of a possible hiring of Ellis.

Back in April, it was announced that Neville would leave his position when his contract ends in June 2021, with Ellis as the frontrunner to take over. The Lionesses are preparing for a September camp with Neville expected to be in charge of the group.

The 53-year-old England native led the USWNT to back-to-back World Cup titles in 2015 and 2019 while also being named the FIFA World Women’s Coach of the Year on both occasions.

During her time as USWNT boss, Ellis posted a 106-7-19 record which is the most wins by a head coach in the team’s history. Her 132 games managed is also a record for the USWNT.

No fixtures have been announced yet for the Lionesses in 2020 due to the COVID-19 pandemic, as well as the USWNT. England also announced earlier this year they would not participate in the 2021 SheBelievesCup.