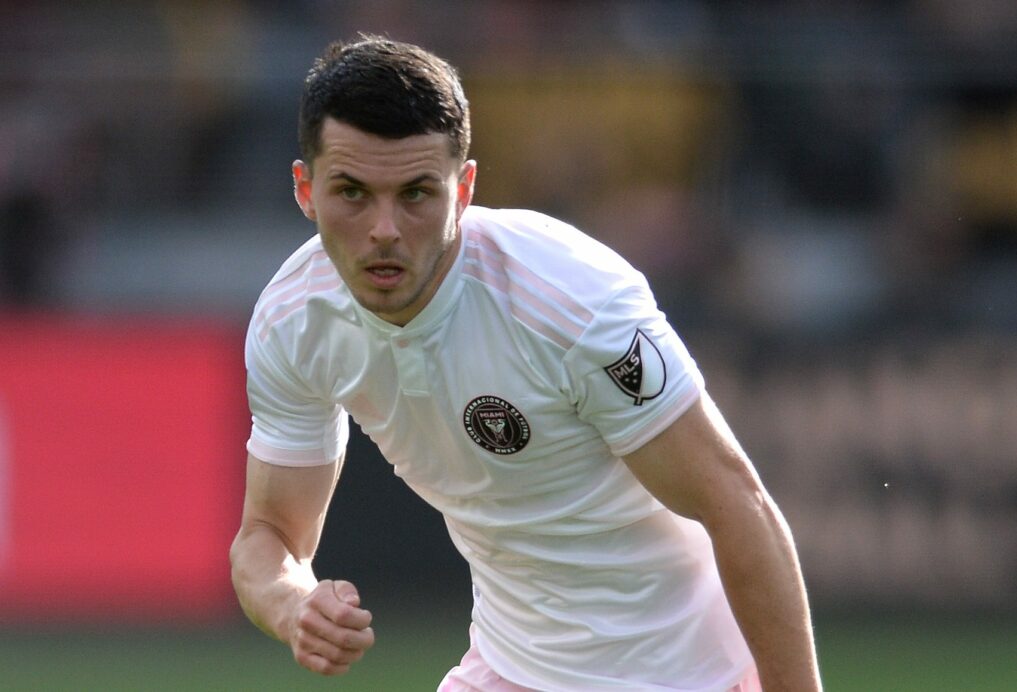 One of Inter Miami’s most important players arrived with very little fanfare at the start of the year, but MLS as a whole may soon learn more about who Lewis Morgan is.

Especially if he can make good on what he has set out to do.

Inter Miami signed the young winger back in late January, and all the Scotsman has done since then is evolve into one of the expansion side’s key figures. Not only has Morgan become an every-game starter for Inter Miami, but the ambidextrous wide player has turned into the team’s designated set-piece taker and a chief protagonist in the attack.

All while still not living up to the self-imposed expectations of being one of the biggest difference-makers in Major League Soccer.

“I’m about goals and assists,” Morgan told SBI recently. “That’s what I base myself on, and I want to be amongst league leaders in both of those. I’m not afraid to say it. Obviously at the moment that may not be the case, but it’s something that I expect from myself.”

From a sheer statistical standpoint, the 23-year-old Morgan has recorded just two assists and zero goals through Inter Miami’s first five winless matches in the interrupted 2020 regular season. His numbers to date are certainly not overwhelming, but Morgan has shown plenty of promising flashes on the field for the first-year side, be it from the run of play with his dribbling runs or with his accurate corner- and free-kick delivery.

Again, all while not yet reaching the level he is capable of.

“Lewis is a player that we’re, firstly, very happy with his performances,” said Inter Miami head coach Diego Alonso. “We still think that he can give us more because we understand that he is a very good player and that with time he will grow here and gain the necessary confidence that will allow him to exhibit all his potential in games.”

The biggest glimpse of Morgan’s qualities at Inter Miami may have come in the 2-1 defeat to the Philadelphia Union in the MLS is Back Tournament on July 14. In that group stage game, Morgan not only helped set up his team’s equalizer with a penetrating dribbling run and good combination play, but he also showcased his versatile set-piece taking.

Of course, it is not uncommon for a designated dead-ball specialist to kick from both sides of the field, but it is much more rare to see one do so while using both feet. Morgan did and does just that, though, alternating between his right and left depending on the pre-game talks with Alonso and whether the opposing defense is using a zonal or man-mark look.

“It is something I certainly did work on when I was younger just because it is something that is not very common,” said Morgan of his ambidexterity. “When you are a young player trying to make it you are just trying to get any advantage you can and being able to use both feet was something that was instilled into me from a young age and that would be an advantage for me.

“At the moment, I don’t ever really think what foot I’m using. They are probably both equally as strong. It definitely has a benefit to the team and it helps when you take the delivery. If the team needs an outswinger or an inswinger, it doesn’t bother me. Being able to use two feet is great in that regard.”

Morgan — who appears to be a righty but says he is predominantly a lefty these days — has lined up exclusively on the right side for Inter Miami. The up-and-comer is capable of playing on both sides of the field, however, as evidenced by his stints with St Mirren, Celtic, and Sunderland. 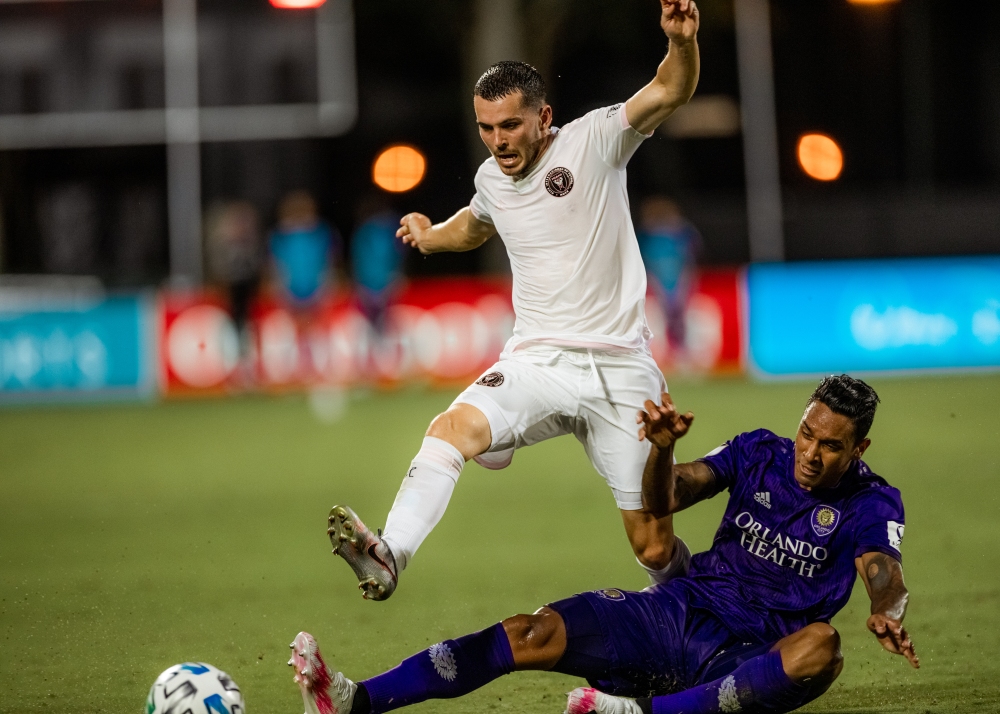 In fact, he made a name for himself in the United Kingdom with his versatile play. He regularly recorded goals and assists from each flank there, and that combined with his international experience in European club competitions ultimately drew the attention of Inter Miami.

“There was interest as far back as maybe October or November,” said Morgan. “(What attracted me) was originally just how exciting the project was. Obviously, David Beckham being from the UK and being involved in the club was a big drawing point.”

Morgan was also enticed by a Instagram message from Beckham and the opportunity to play abroad, officially signing a deal on Jan. 31 in a move that was overshadowed a bit by Inter Miami’s simultaneous acquisition of more established MLS quantity Wil Trapp.

Morgan has, however, started to make a good impression on the fan base during these initial months of the season, and that should continue with games starting back up again this weekend.

Especially if he can begin to deliver the quantity of goals and assists that he believes he is capable of.

“That’s something that obviously I need to improve on,” said Morgan. “I feel good, I’m feeling fit, and I’m really looking forward to getting back playing.”