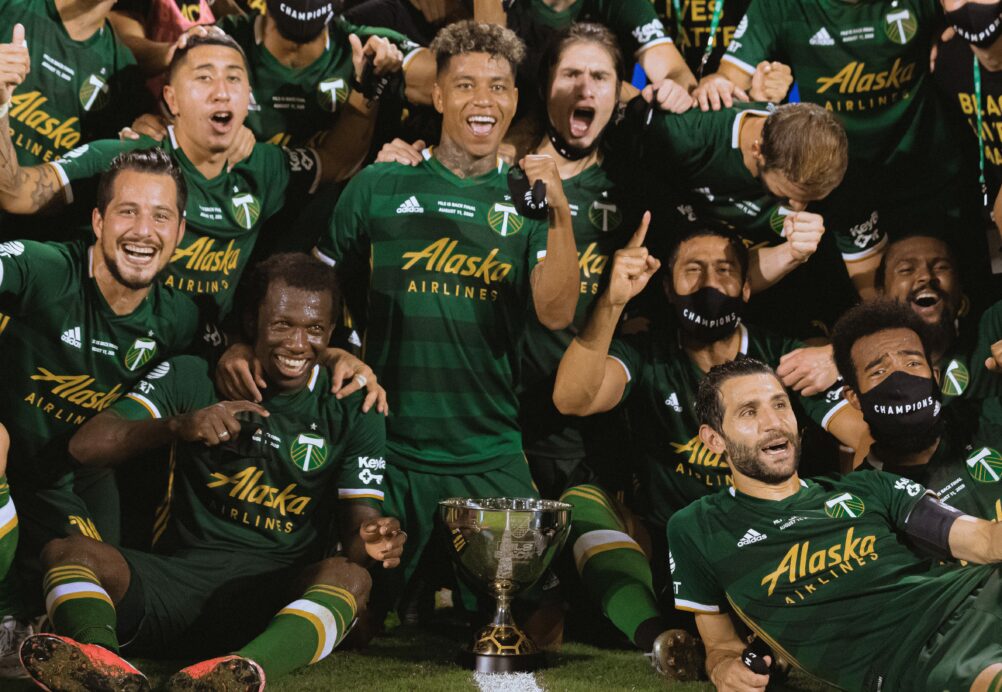 Tuesday night made it that much more worth it for them, though.

The Timbers became the last team standing at the MLS is Back Tournament after defeating Orlando City, 2-1, in the competition final. The narrow victory gave the Timbers a significant haul of goodies, as they collected a trophy, a $1.1 million cash prize, and a ticket to next year’s Concacaf Champions League.

That in and of itself was enough reason to smile, but what made things even sweeter for the Timbers was that this all came at the end of an arduous month in Orlando, Florida, that tested them both physically and mentally.

“It hasn’t been easy,” said Timbers head coach Giovanni Savarese in English after the win. “But we felt very secure. We felt, as I said before, that MLS did a great job to make sure that we were in this bubble and we were able to feel that our minds could concentrate on competing (more so than on) anything else.

“… I think it was a monumental event that ended up being amazing. For us, to be able to go all the way and win this great tournament, we feel very proud.”

The Timbers may have punctuated their tournament run in desired fashion, but they had plenty of obstacles to overcome in order to get to that point. Not only did they have to deal with opponents like fellow finalist Orlando City for more than a month, but also had to get through the tournament’s initial uncertainty, undergo regular COVID-19 testing, and deal with other things ranging from uncooperative weather to family members longing to see them again.

The Western Conference side endured it all, however, and in doing so showed just how tough this group of players is.

“We just told ourselves that we need to make it worth it,” said Timbers centerback Larrys Mabiala, who scored the opener on Tuesday with a bouncing header in the 26th minute. “We didn’t want to go back after this long to our houses without the trophy. That was the most important thing for us and we’re just happy to have the job done.”

The Timbers, who used a pair of set-piece goals on either side of halftime to edge Orlando City, will not have very long to enjoy a cup win that Savarese labeled as a “historical moment” and “huge accomplishment.” The MLS regular season is set to resume on Wednesday, and the Timbers’ next match will take place on July 23 against none other than the rival Seattle Sounders.

Clearly, there is no rest for the weary and no resting on laurels. Not even after a month of grinding, battling, and expending so much physical, mental, and emotional energy.

“We’ll enjoy tonight, we’ll enjoy tomorrow on the trip back, and then our minds will be back to what’s coming next,” said Savarese. “We want to be competitive, we want to make sure we leave a good legacy as a club (in) every single match that we play, and that we’re always contenders to any competition that there will be. We hope to continue to be strong.”

The Timbers will soon be shifting their collective focus in order to try and avoid suffering a letdown during what remains of the regular season, but that is unlikely to take away from what they achieved at the MLS is Back Tournament.

After all, they not only showed the league what they are made of on and off field for more than a month, but also collected a piece of silverware that they will carry with them back home.

“For us, it’s going to be a great memory,” said Savarese. “It’s special, it was unique, and being able to lift this trophy that gives us the opportunity to compete outside the United States in the Conca Champions is a special feeling.

“Who knows if there will be another tournament like this, but at least we feel proud that we were able to get this one and bring another trophy to Portland back to our fans.”