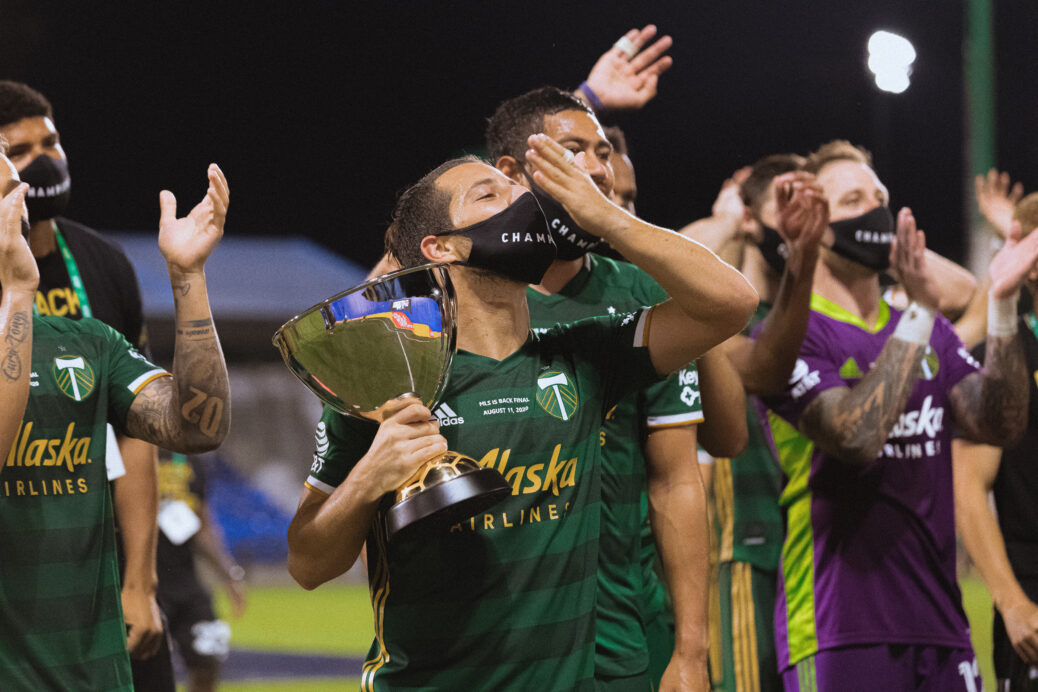 The Timbers were crowned MLS is Back Tournament champions on Tuesday night after defeating competition hosts Orlando City, 2-1, at the ESPN Wide World of Sports Complex. The Western Conference side prevailed using a pair of goals from central defenders Larrys Mabiala and Dario Zuparic, each scoring via dead-ball situations.

Orlando City had pulled level at 1-1 late in the first half through a Mauricio Pereyra finish, but could not find another equalizer in the first MLS final in the Lions’ history.

The victory gives the Timbers a spot in next year’s Concacaf Champions League and a $1.1 million cash prize.

Zuparic provided the game-winner in the 66th minute. A corner kick from the right found an open Eryk Williamson, who sent a shot toward goal that Ebobisse redirected to Zuparic for a finish from close range.

The decisive strike followed a 27th-minute free kick that saw the Timbers open the scoring. Diego Valeri set up the game’s first goal by whipping a free kick from the left towards the back post, where Mabiala created just enough space against Joao Moutinho to head the ball past Pedro Gallese.

Orlando City tied proceedings 12 minutes later, with an effort from Mauricio Pereyra from in close following a low cross from Nani standing as the equalizer.

The Lions had a chance to level the match three minutes into second-half stoppage time, but substitute Kyle Smith hit his volleyed attempt over the crossbar.

The game was largely devoid of quality chances until the second half. Valeri got the action started when he nearly put the Timbers back in front in the 64th minute with a low free kick that Gallese got down to parry away.

A minute later, Gallese came up with another big stop to keep Orlando City on even terms. A corner kick from the left found an unmarked Ebobisse, who fired a strong shot on frame that Gallese impressively pushed clear.

Gallese could do little about the next chance seconds later when Zuparic directed the winning shot in between Nani’s legs and into the net to give the Timbers the title.

Dario Zuparic. It was not just his game-winner that helped the Timbers prevail, but also his ability to help stymie Orlando City forward Tesho Akindele over the course of the 90 minutes.

Set pieces: Seconds after creating a quality look on a corner kick that Gallese came up big to deny, the Timbers used another dead-ball situation to once again find an open player. This time, they capitalized with the decisive goal courtesy of Zuparic.

Chris Mueller: A chief attacking catalyst for Orlando City throughout the tournament, Mueller was largely invisible on a night when the Lions needed a little more punch. Along with keeping Larrys Mabiala onside on Portland’s opening goal, Mueller finished with zero shots on target before being removed in the 71st minute.