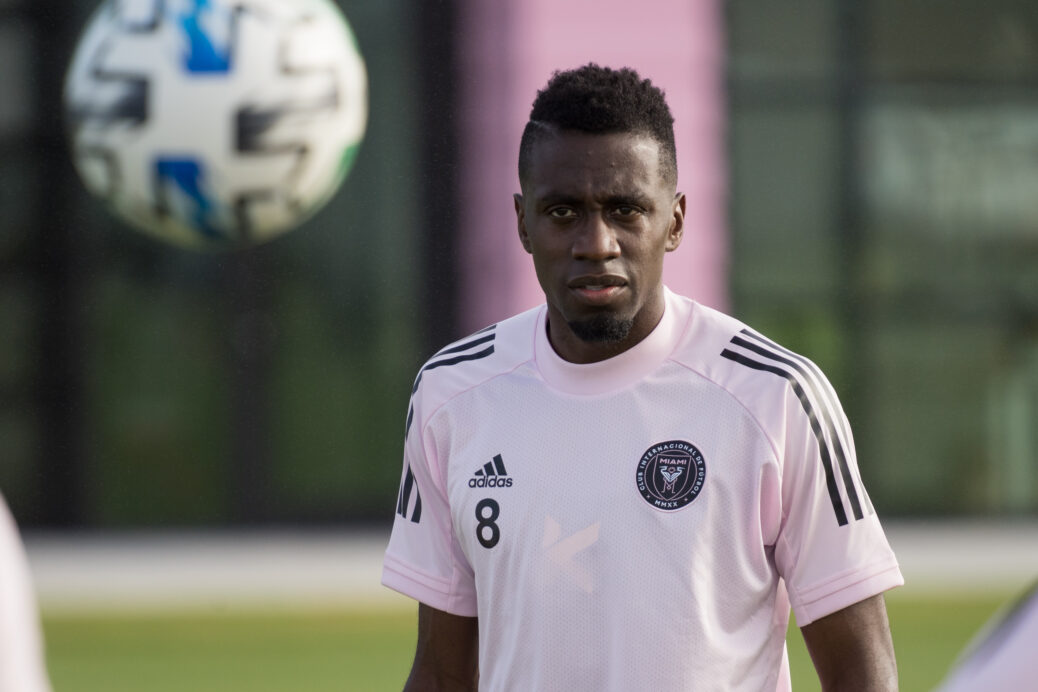 Blaise Matuidi has been given the green light, and it is likely that the World Cup winner makes his anticipated Inter Miami debut this weekend.

Inter Miami announced on Friday that Matuidi has started participating in team training after completing a mandatory quarantine period. The central midfielder that signed with the expansion side on Aug. 13 had been subject to the new MLS protocol requiring 10 days of isolation due to the fact that he was not getting regularly tested for COVID-19 like the rest of Inter Miami.

He has, however, been cleared to play as of Thursday and could see the field for the first time in MLS in Sunday’s showdown at home vs. Nashville SC.

”We’re very happy that Blaise has been able to train with us, and he is available to play this weekend,” said Inter Miami head coach Diego Alonso in Spanish on Friday afternoon. “We think he has had very good training sessions in the time he has been here, and we think he will be able to participate with the team in this next game.”

Whether Matuidi is capable of starting on Sunday is unclear. The 33-year-old Frenchman is not fully fit after several weeks of team inactivity following the conclusion of his last season with Juventus in August.

As a result, Matuidi will need time to regain his peak physical conditions, to say nothing of his adaptation period with his new teammates and tactics.

“Without a doubt he is not physically at 100 percent and that’s normal because he is coming off the end of his season and a pause in training due to a vacation period,” said Alonso. “That said, we’ve seen him in a good state and he has trained individually with us for a few days. … We’ll continue to evaluate him day by day but the good thing is he is available to play in the next match.”

Matuidi, for his part, is excited for the new opportunity. The veteran French international said this week he is eager to tackle this new challenge in his career, and wants to help Inter Miami become a winning side.

The first-year side is currently off to a 1-6-1 start and sits in last place in the Eastern Conference.

“My objective is to win trophies with this team and work hard and help the team be better and better,” said Matuidi. “I know that’s a long way and I have to improve with the team and we have to work hard.”

Inter Miami’s confident, however, that Matuidi’s arrival will help take the next step. The team has had issues in the midfield throughout this expansion season, but Matuidi should address plenty of those.

Potentially as soon as Sunday.

“Look, we like a lot of the characteristics that Blaise has. That’s also why we picked him,” said Alonso. “He is a player that on top of being dynamic — which is a characteristic that is important for me in midfield for players that play that position — is also versatile so he can play in different positions. He can play as the (No. 8), he can play on the inside, he can play out wide, he has played as a fullback, too, and he can even play as a defensive midfielder.

“He has the incredible ability to adapt, and will give us a player that is experienced and indispensable.”