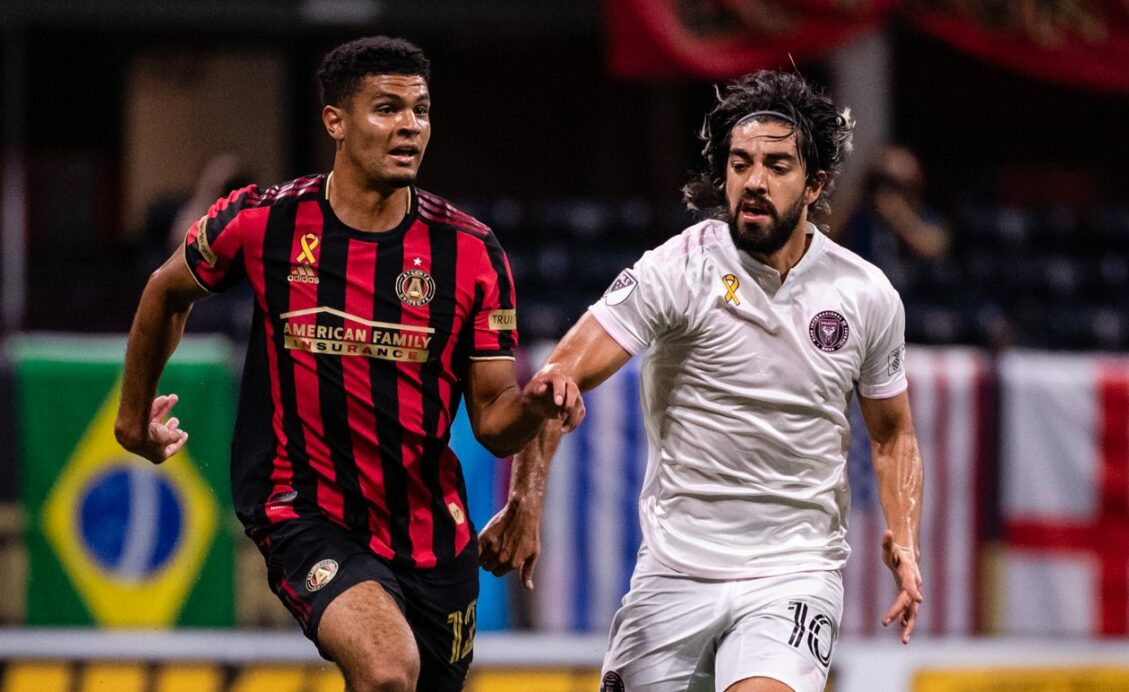 Inter Miami may not have gotten result it wanted or thought it deserved, but the team was more than pleased with Wednesday’s performance.

Inter Miami battled Atlanta United to a scoreless draw on Wednesday to record a point on the road for the first time in the expansion team’s brief history. The result at Mercedes-Benz Stadium in Atlanta, Georgia, also gave Inter Miami its first cleansheet of the season, leaving Alonso and his players satisfied with the overall collective display even if it only moved them to 1-6-1 on the year.

“It seemed to me that the team played a complete game today,” said Alonso in Spanish after the match. “It was a good game, and I’d say it was the most complete game we have played yet. It also without a doubt takes time to measure the game when you are playing as the visitors, but I liked what I saw today.

“The team took the game very seriously, and we were deserving of the victory.”

Inter Miami could have taken three points vs. Atlanta United, but an inability to finish proved costly. Nicolas Figal scuffed a cross directly in front of goal late in the first half, and fellow centerback Leandro Gonzalez Pirez also missed the frame on a redirected effort from in close in the 55th minute.

Juan Agudelo had a late chance to become the hero, but his snap header skipped agonizingly wide of the far post. In total, Inter Miami finished with 10 shots (three on target) compared to Atlanta United’s five (one on target).

“I think the team showed today that it has a notable power in the attack,” said Figal in Spanish. “But maybe we just don’t have that quota of luck that you need.”

Good fortune or not, failing to score has become a bit of a trend for Inter Miami during this inaugural campaign. The team has been held scoreless in four of its first eight matches in 2020, and has netted more than once on just a single occasion.

Some good news might be on the horizon, however. ESPN reported on Wednesday that Inter Miami is “very close” to signing Gonzalo Higuain, meaning the club may soon land the type of proven and deadly finisher it has long sought after.

Higuain’s arrival would certainly provide a boost if acquired, though he might not necessarily solve all of Inter Miami’s attacking issues.

“The reality is that in soccer it’s much easier to destroy than create,” said Gonzalez Pirez in Spanish. “… The most difficult part of the game for all teams is the final third because it’s about the creativity. It’s about the movements. It’s about the understanding. It’s about knowing how each player thinks. It’s knowing that it takes some time.

“We also know players are still arriving to the team and that the team is not finished being built or totally complete. It’s something that takes time.”

Inter Miami needs to pick it up sooner rather than later, though. The club is currently the Eastern Conference’s cellar dweller, sitting in last place in the standings with just four points and five off the final playoff spot.

Inter Miami needs to start racking up wins if it is going to make a push for a postseason berth, but the team believes the tide will turn in a more favorable direction. Particularly if the performances put forth are similar to Wednesday’s vs. Atlanta United.

“Today was a game that, generally speaking, we deserved to win because we clearly had more clear chances than them,” said Gonzalez Pirez. “At some point the ball will go in and the story will change and the confidence of the team will also change a bit with regards to the attack and we’ll starting winning games.”