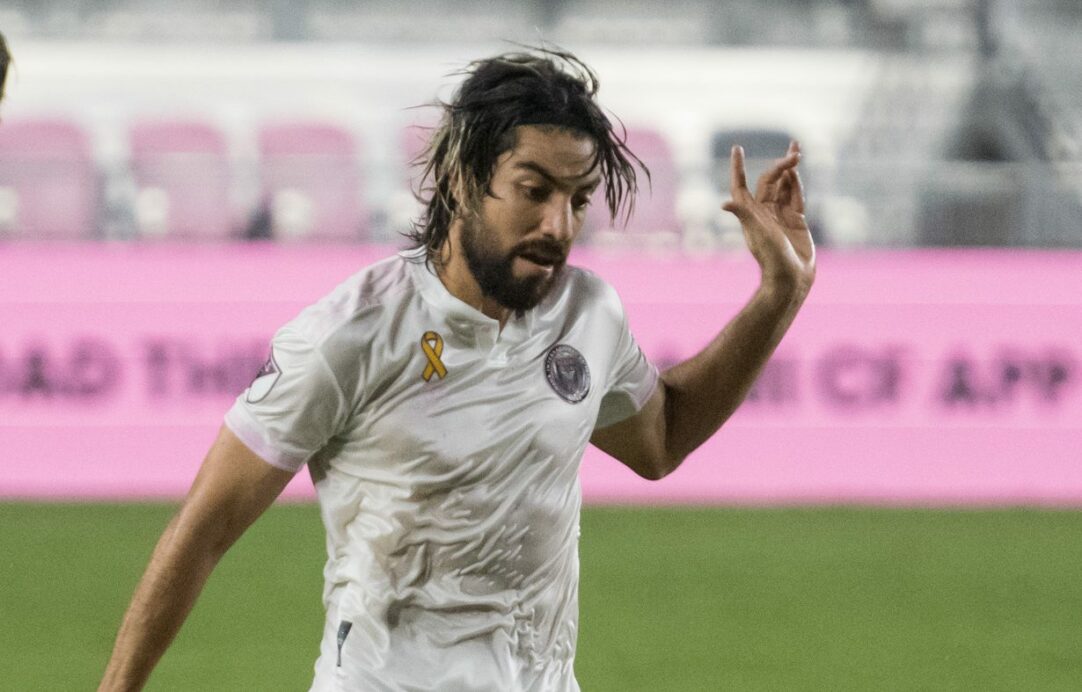 Inter Miami’s season-long problem of failing to finish reared its ugly head again in Sunday night’s scoreless home draw vs. Nashville SC, with wasteful shooting in front of goal forcing the South Florida side to settle for a point despite creating a handful of good chances.

Given how this rocky expansion season has gone, Rodolfo Pizarro — the team’s leading scorer and most reliable attacker — was naturally at the very front and center of the most recent struggles.

He missed a wide open opportunity from inside the six-yard box in the eighth minute, choosing to side-foot his volleyed effort as opposed to putting his laces through the ball. A little more power and a little less placement was needed from such close proximity, but bad decision-making cost him and the team there.

Pizarro, who also did not hit the target from just a few yards out again 12 minutes later, was not the only Inter Miami player to have trouble with his shooting. A very ineffective Julian Carranza was off the mark in the second minute, and Robbie Robinson failed to hit the frame with a central free kick from around 20 yards out late in the game.

You could see with each miss just how much the lack of scoring, and winning, is starting to weigh on Inter Miami. Players looked at a loss as each chance went agonizingly wide of the target. Pizarro’s dazed stare and dejected body language after his nightmare finish in the early going spoke wonders, and Robinson’s anguish after his free kick wizzed by the far post was palpable.

There tends to be a dose of bad fortune whenever a team goes through a dry spell like this, and Inter Miami is certainly no exception. Still, the attacking players do not appear to have much confidence right now and that needs to change someway, somehow if Inter Miami is going to start scoring and winning more regularly.

Inter Miami head coach Diego Alonso has recently rotated personnel a bit at the left midfield spot, but Juan Agudelo just made a good case for why he might be best suited to fill that position.

Agudelo turned in an impressive performance in his first start as a left midfielder, bringing some sorely-needed attacking ideas and quality to that area of the field for Inter Miami.

He was involved in all four of the side’s best scoring chances on the night and his combination play with left back Ben Sweat — who may just have been Inter Miami’s top performer on Sunday — was integral to the early success that Diego Alonso’s team enjoyed. In fact, two of the club’s early opportunities came only after Agudelo and Sweat found each other down that side.

It is true that Agudelo is not a natural outside player and he probably isn’t going to beat nor turn the corner against many fullbacks by using his speed.

Still, Agudelo’s attacking instincts and propensity to play the ball on the ground gives Inter Miami an interesting starting option there for the matches to come, especially in the face of Matias Pellegrini’s ongoing struggles.

One question that came out of this game is whether Diego Alonso actually rates Lee Nguyen or simply sees the central midfielder as a circumstantial player to be used only in certain situations?

The Inter Miami manager left Nguyen on the bench in the closing stages of Sunday’s clash, opting to insert Jay Chapman in the center of the park instead as a replacement for the debuting Blaise Matuidi. Now one game on its own might not mean much, but Chapman also earned a start in the midweek match while Nguyen has been limited to just one cameo of 15 minutes since the resumption of the MLS season last month.

Alonso has said publicly that he thinks Nguyen is a good player that remains in consideration to start, but Nguyen has yet to get a nod this season. What’s more, Alonso’s lineup decisions seem to point to him wanting industry as much as technical play from his central midfielders, which may explain why an older finesse player like the 33-year-old Nguyen is not seeing much of the field.

Luis Robles (7.5) — Came up with two massive stops, including a block on Dominique Badji’s close-range attempt in the first half.

Nicolas Figal (5) — Defended well but got caught in possession on a couple of plays, the second of which could have led to a costly goal if not for Robles.

Andres Reyes (6) — Didn’t have as much trouble marking Badji as he did a week ago, refraining from getting beat by runs in behind on all but one play that he recovered well on.

Leandro Gonzalez Pirez (5.5) — His late massive blunder was masked by an even worse finish, but other than that he was solid.

Ben Sweat (7.5) — A very strong outing from the left back, who combined superbly with Agudelo down their side. Could have had a hat-trick of assists if the finishing had been better.

Blaise Matuidi (6.5) — His quality in the midfield was easy to see in the first half, as he effectively passed through lines and pressed all over the field. His impact diminished as he tired after the break, though.

Victor Ulloa (5.5) — Put out fires, dropped deep to help in the build out, and passed accurately. A very professional if unspectacular game.

Lewis Morgan (5) — Had a couple of dangerous low crosses and tracked back really well on one play, but not enough overall quality in the final third.

Rodolfo Pizarro (4.5) — Wasteful finishing was the biggest strike against him here, but he also continued the recent trend of over-dribbling a good bit.

Juan Agudelo (6.5) — Brought some sorely-needed attacking ideas to the left flank and was involved in all of Inter Miami’s best chances. Was not as good when moved centrally, but likely earned another start.

Julian Carranza (4) — Disconnected from the team during his 53 minutes, struggling to find the game on both sides and getting beat with physicality repeatedly before being replaced.

Robbie Robinson (6) — Added more of a threat up top and looked confident. A big save denied him of a goal minutes after coming on.

Wil Trapp (5.5) — Connected on all of his passes while bringing in some fresh legs.

Brek Shea (5) — Not his best day in terms of passing. Fared well defensively, though.

Jay Chapman (5) — Did not see a whole lot of the ball during his late cameo, but was precise with how he moved it.

Dylan Nealis (5) — Came on as a midfielder in this one and had few touches in the waning moments.

Diego Alonso (6) — His high press proved effective again, particularly in the first half, and starting Agudelo out on the left worked well. The coach would have gotten his second MLS win if not for the players’ bad finishing.