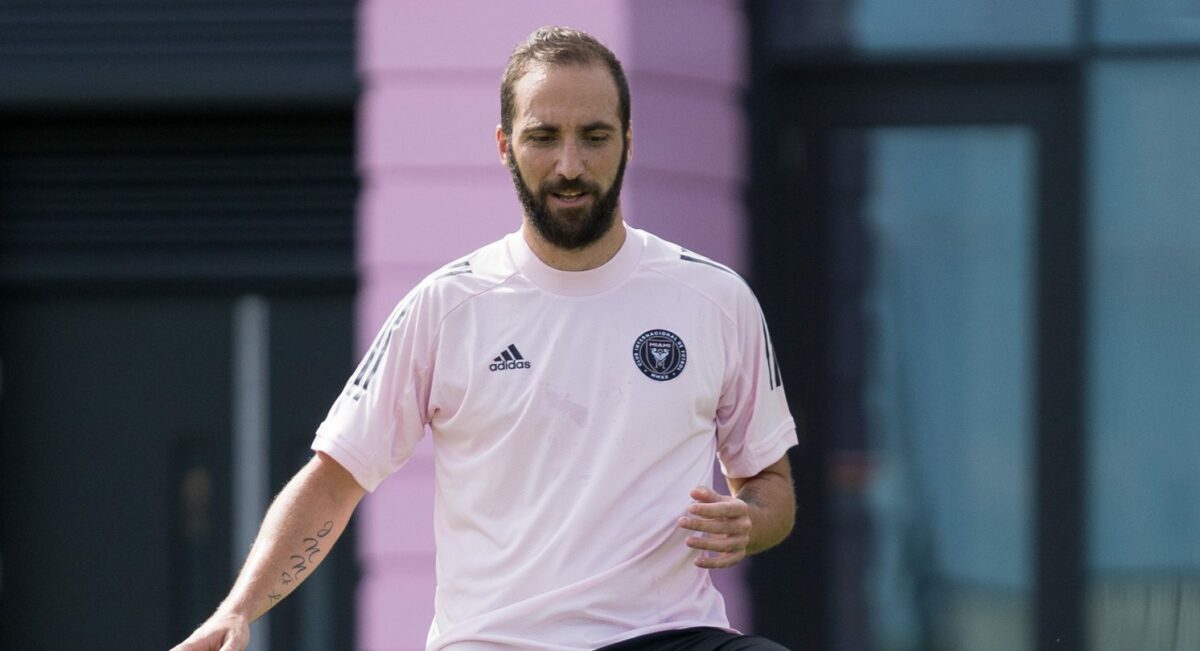 Inter Miami has been after a proven goal-scoring striker for the better part of a year, and left its No. 9 jersey vacant as a result.

Well, the wait to see who fills it is now over.

Inter Miami announced on Friday morning that it has officially signed Gonzalo Higuain as the team’s third Designated Player. Higuain joins David Beckham’s expansion side after most recently playing for reigning Serie A champions Juventus, which mutually agreed to terminate his contract on Thursday.

“We are pleased to close a deal with Gonzalo and add an experienced and successful goal-scorer, who has excited in the world’s best teams and leagues,” said Inter Miami sporting director Paul McDonough in a prepared statement. “Our ownership group has always said our goal is to not only bring elite players to Inter Miami, but also good people that share our ambition and aspiration of making history in North American futbol, and we’re confident we have found that in Higuain.”

The 32-year-old Higuain arrived in South Florida a week ago, and has been doing individual training at Inter Miami’s practice facility. He will not be able to play for the MLS outfit until he completes a mandatory quarantine period.

“First of all, I want to thank Inter Miami for the effort it has made to sign me,” said Higuain in a prepared statement. “I think it will be a beautiful experience in my life. It’s what I was looking for – a new experience, a new league and a beautiful city. I’m really happy to be here and that it’s official.”

“My goal is to try to transmit all the experience I acquired in Europe and to help the team grow.”

Higuain brings a wealth of experience to Inter Miami, which had previously been in conversations with other center forwards like Edinson Cavani and Roger Martinez.

The Argentine has not only spent more than a decade finding the back of the net for European powers like Juventus, Real Madrid, Chelsea, and AC Milan, but has also represented his native land on the international level with 31 goals in 75 appearances.

Higuain, who is joining former Juventus teammate Blaise Matuidi at Inter Miami, is coming off a busy Serie A campaign. He made 20 starts in 32 appearances this past season, scoring eight goals to help the Italian side retain the league title.

“I feel good, I feel whole as a player,” said Higuain. “I’m motivated to try a new league and help the team grow. Individually, my goal is to demonstrate that I can contribute and continue playing great futbol here, and I hope I can achieve that because I have all the tools necessary to succeed.

“Inter Miami is a team in construction but there is already a good base to reach important goals.”