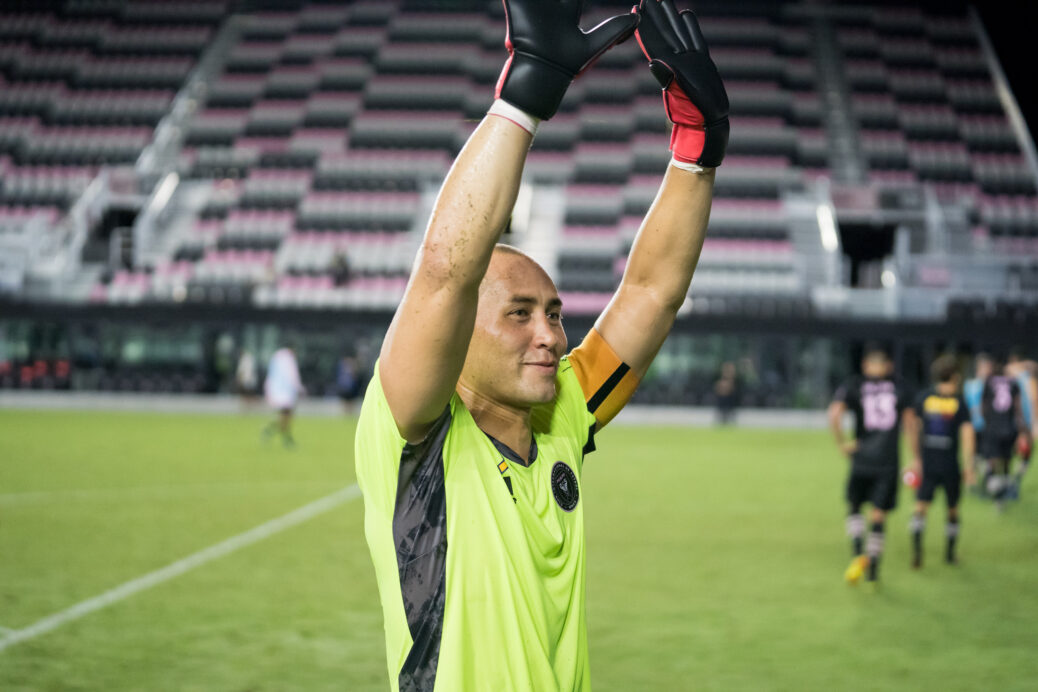 FORT LAUDERDALE, Fla. — An honest conversation, a family promise, and a couple of big performances from players on opposite ends of the field.

That is the formula that helped lead Inter Miami to another sorely-needed victory.

Inter Miami grabbed its second win of the season on Wednesday, beating Atlanta United, 2-1, at home at Inter Miami CF Stadium. Leading the way for the expansion side were right winger Lewis Morgan and goalkeeper Luis Robles, each of whom made big plays to move Inter Miami within two points of a playoff spot.

First up was Morgan, who bagged his first two MLS goals 10 minutes apart to end a frustrating scoreless drought for Inter Miami that had stretched over more than three games. Morgan’s opening goal came in the 28th minute when he capped a counterattack with a clinical finish and the second was of the more sensational variety, a half-volley that flew into the net.

“We had a conversation in recent days because he is a player that we have a lot of confidence in,” said head coach Diego Alonso in Spanish. “He has played in every game for us because we believe in his quality, but we understood that he also had to believe in himself, in his quality, and his performance because he’s really good.”

“We talked exactly about that, and that he had to take a more protagonist role that we think he should have. We’re happy with his performance today.”

Robles’ major contributions came shortly after Morgan’s brace. Inter Miami was holding onto a 2-1 lead late in the first half when a penalty was awarded to Atlanta United, but Robles came up big to deny Ezequiel Barco on the ensuing penalty by diving to the right.

An encroachment call on both teams required the spot kick to be retaken, and Robles stopped the next shot by diving to his left. Even after being told by Inter Miami goalkeeper coach Sebastian Saja to dive in the same direction as on Barco’s initial attempt, according to the local MyTV33 broadcast.

“In that moment there was definitely a lot going on on the sideline,” said Robles. “Some of it was caused by me because I was asking for Sebastian, I was asking for (backup goalkeeper John McCarthy). But I think for me the most important thing is once I was on the line getting ready for the penalty kick, it was just take a breath and not allow the moment to be bigger than me.

“…I’m really glad I was able to come up and help the team get the three points.”

Both players said they felt that way, with Morgan stating that it was a relief to end his personal scoring drought. Making things even sweeter for the Scotsman was that he was able to make good on a commitment he made to his father.

“It’s great to get off the mark and it’s actually my dad’s birthday tomorrow,” said Morgan. “I promised him I’d score so that was another good touch.”

Inter Miami may have been in a jovial mood after the final whistle, but the team will not have very long to enjoy this victory. A match-up against rival Orlando City in Central Florida is on the cards for Saturday, and Inter Miami will need another win to really begin to gain momentum.

The good news for Inter Miami, however, is that it believes that Wednesday’s result was another sign that the tide is turning for the better.

“It really does feel like the bounces are starting to go our way,” said Robles. “When you consider our run of form coming back from Orlando, we’re 2-1-2.

“…It’s very vindicating for us to get all three points. I know that it’s been a long 10 games so far, but it does feel like our best days are ahead of us.”