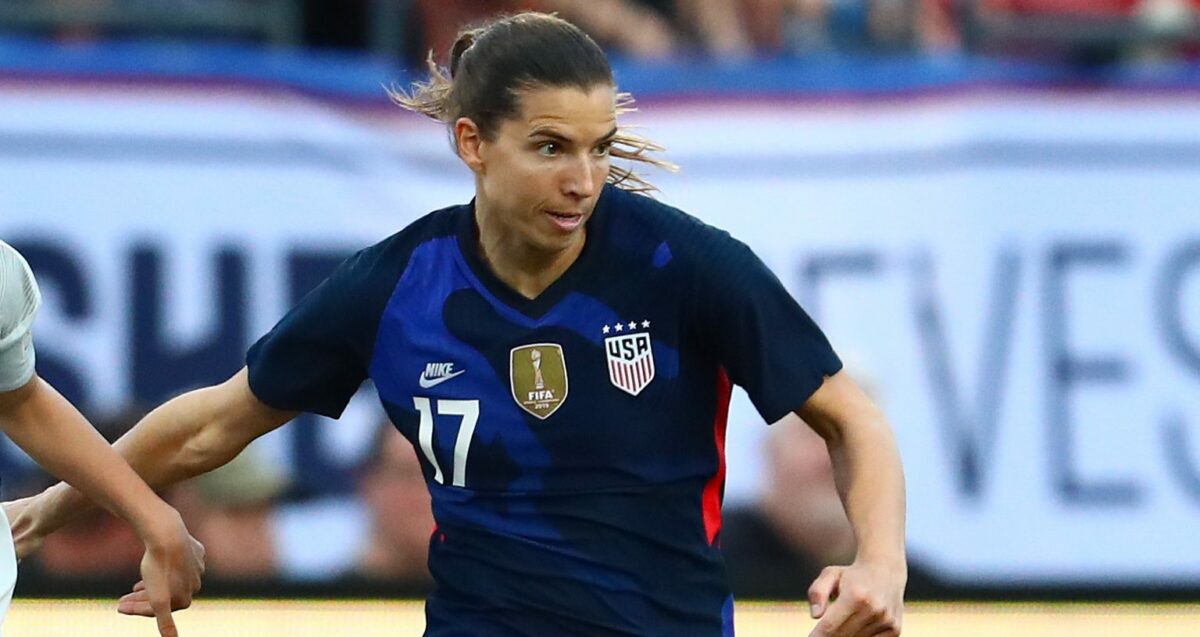 A pair of U.S. Women’s National Team stars recently made the move to English giants Manchester City, but will reportedly soon face off with another pair of international teammates this coming season.

Tobin Heath and Christen Press are scheduled to join Manchester United, The Philadelphia Inquirer reported on Friday. Both players had been linked with moves abroad this summer and will indeed join the FA Women’s Super League side in the coming weeks.

An official announcement may not come soon though due to complications in England because of the COVID-19 pandemic, according to the report.

Heath, 32, has been a key figure for NWSL side Portland Thorns since joining from Paris Saint-Germain in 2013. Her best statistical season came in 2018, where she scored eight goals and added seven assists in 19 NWSL matches.

The 31-year-old Press joined NWSL side Utah Royals in 2018, but has also played three seasons abroad in Sweden. Press, a California native, has totaled 58 goals in 138 appearances for the USWNT, with two World Cup medals on her resume.

A former Hermann Trophy winner at Stanford in 2010, Press also was named to the Best XI in the 2020 Concacaf Olympic Women’s Qualifying Tournament. She also finished as the top goalscorer at the competition.

Both veteran players will also square off with current USWNT teammates Rose Lavelle and Samantha Mewis, whom signed with Manchester City earlier this summer.