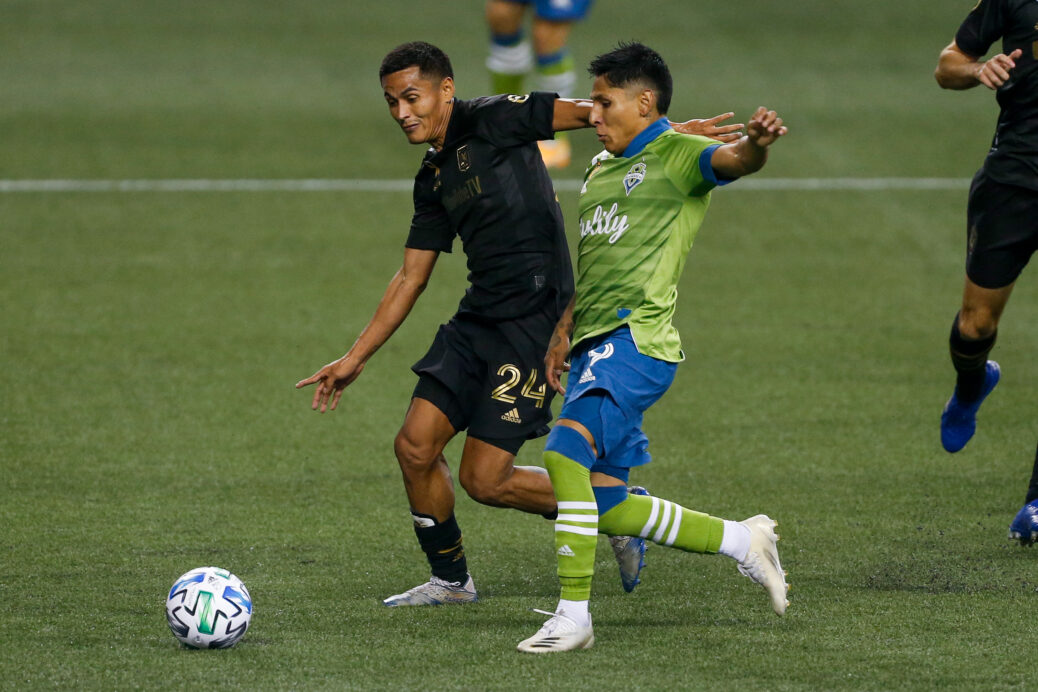 How quickly things change in this strangest of seasons. When Los Angeles FC and the Seattle Sounders met in the knockout rounds of the MLS is Back tournament, LAFC won 4-1 and looked like a team poised take the league by storm for a second straight year. The Sounders, on the other hand, left the Orlando bubble full of questions following a string of unconvincing performances.

On Friday night, just seven matches later, the Sounders blew out LAFC for the second time in less than three weeks. It wasn’t the prettiest match. But playing in an empty stadium beneath the vestiges of smothering wildfire smoke, the Sounders rode a pair of first-half penalty kicks and a late strike from Raul Ruidiaz for the 3-0 win.

Nicolas Lodeiro converted penalty kicks just four minutes apart to give the Sounders a 2-0 halftime lead. Defender Dejan Jakovic was whistled for a handball in the 29th minute. Referee Joseph Dickerson awarded a second penalty in the 33rd minute when Latif Blessing fouled Yeimar Gomez Andrade in the penalty area. Lodeiro beat goalkeeper Pablo Sisniega to the left on his first penalty, then to the right four minutes later.

The visitors poured on the pressure early in the second half, but could never muster more than half-chances.

Ruidiaz put the match away in the 82rd minute, deftly collecting a pass from fellow Designated Player Joao Paulo and beating Sisniega with a left-footed shot from 14 yards out.

Kelvin Leerdam. The Dutch-Surinamese fullback has been earning attention for his goal-scoring ways of late, but put in a stellar defensive shift on a night that saw its share of desperation defending from the hosts.

LAFC looked to have taken the early lead on a goal from Bradley Wright-Phillips, but the striker was ruled offside on the play.

Dejan Jakovic has had a rough stretch of play and Friday was no better, as he committed the handball leading to Seattle’s first penalty kick goal, then was beaten badly on the Sounders’ third goal.